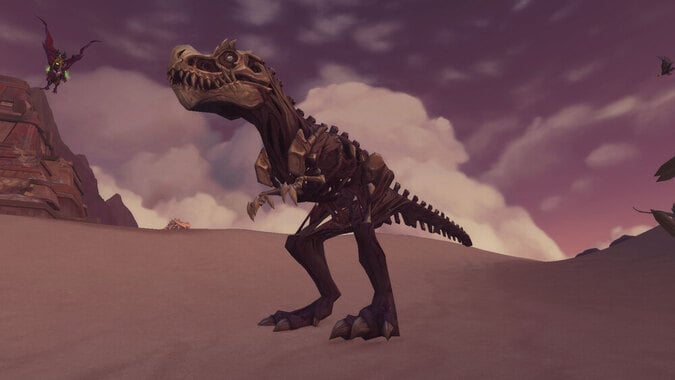 Rejoice in the most recent hotfixes, which have lowered the level at which Battle for Azeroth mobs scale with gear. If you were getting your face torn off in Battle for Azeroth content — even (or especially) at level 60 — try it now and see how it works out. I’d claim the fix was in honor of my birthday, but it probably wasn’t. If you’re wondering why such a hotfix was necessary, it’s because of systems put into the game to help with scaling, which is an even bigger deal for Shadowlands character leveling than it was before in Battle for Azeroth — and it was causing BFA content to scale quite a bit.

I know we’re all level 60 now. Even I basically am — I’m level 56 on one character and two bubbles on my XP bar from 60 on another, I’m just working on multiple alts at once cause I’m weird — and so you may feel like you want to go back to Zandalar Isle and wreck some elites. Until this hotfix that wasn’t really feasible, because Battle for Azeroth content still scaled to your current item level.

That meant that if you went back to stomp on that elite, the game looked at your character’s item level and scaled up to provide a suitable challenge for someone in your gear. It wasn’t 1 for 1 scaling — as your item level goes up, especially once you’re at max level, you’ll gain power faster than the mobs and eventually start destroying whole packs of them — but because BFA content scaled up to your maximum item level, these mobs were wrecking level 60 players. Even after the hotfix, these mobs still scale, so they’ll hit your geared up level 60 harder than they would hit a level 50 character in ilevel 80 gear, but they don’t scale to the same dangerous levels.

This is open world scaling, mind you. This is for the elites from Old God Invasions, the leveling mobs from quest zones like Drustvar or Nazmir, and the like. (That means that difficulty issues involved with soloing Battle for Azeroth raids aren’t due to this, as the mobs inside dungeons and raids don’t scale with gear in the same manner.) But now you can go back and farm those zones with impunity — even my undergeared Warrior who started level 50 at ilevel 66 is now at ilevel 130 at max level hasn’t had a problem with it.

So rejoice, celebrate my birthday a day late, and get out there and punish those mobs for being so hard to kill last week.