How are you leveling your alts in Shadowlands? 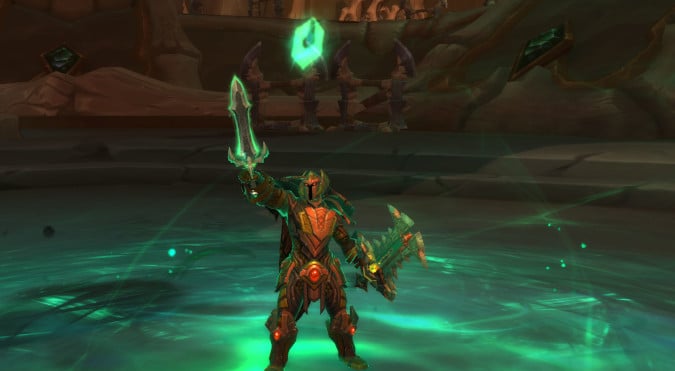 I really expected I would approach Shadowlands leveling in a systematic way, using the Threads of Fate system to pop all of my alts to max level as fast as possible, and I was entirely and completely wrong about this. I used it to do an end run around Revendreth when I was already level 59 and almost 60 when I finished up with Ardenweald, because I’d literally just done it on my previous character and I wasn’t interested in seeing it again. Just doing the Threads set-up quests got me to 60, so I never actually had to follow through with it.

Instead, I’ve been just… leveling. By doing the zone stories. Like I did the first time.

Honestly I’m not sure why I find that inherently more satisfying but I really do. Yes, I can’t pick and choose zones the way I did in Battle for Azeroth but I don’t really mind — it reminds me of the way I leveled through The Burning Crusade, and I had no trouble going fr0m zone to zone there. There’s actually something I find reassuring about dropping in to Maldraxxus after doing Bastion, the way the storyline flows from the end of the Bastion storyline where forces from Maldraxxus attack into us going there to figure out why. It’s almost comforting to have a predictable narrative flow, and I much rather experience that again than be dropped into a Covenant at 50.

But I’m just one person and I do find myself wondering how you guys are approaching the same thing. Are you more interested in getting to your Covenant as soon as possible? Do you prefer Threads of Fate for how it essentially lets you get on to the way you’ll be playing in the endgame while you’re still leveling up? What are your thoughts on the best way to level an alt in Shadowlands?

Blizzard Watch is made possible by people like you.
Please consider supporting our Patreon!
Filed Under: Alts, Covenants, Shadowlands, Threads Of Fate
Advertisement