The easiest way to complete Adventures and level your Companions 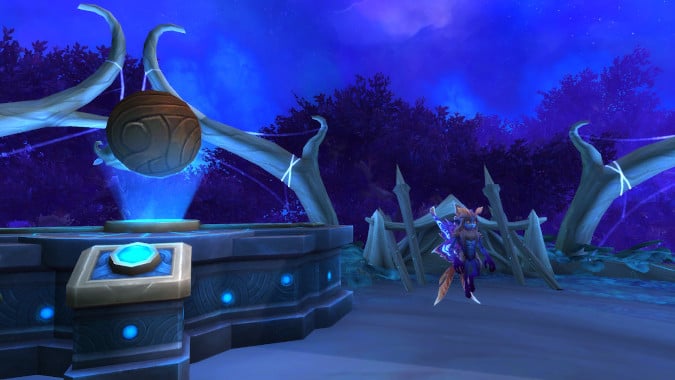 Love them or hate them, Mission Tables have been a part of WoW for four expansions now. We’ve had five different versions of them, and the Adventure Table in Shadowlands is yet another updated take on the Mission Table — one that has its drawbacks compared to past versions. It requires more strategy. It uses a rare resource, Anima, that you need for many other parts of the game. And leveling up the Companions is slower than leveling up Followers in the past. At least they can’t die on failed Adventures like the ships in the Shipyard, but there’s still not a lot to love about the Adventure Table.

Thus far, Adventures have been rather unbalanced between Covenants. Blizzard is attempting to fix that with recent changes, that buffed weak Companions in the Kyrian and Venthyr Covenants, and taken away the easy strategy for Night Fae to just load up on Trappers. Apparently, that was a glitch. A new strategy will be needed to defeat the Soul Ash Adventure there.

But regardless of your Covenant, you’ll need to level up your adventuring companions in order to succeed. I’m here to help with some general advice, followed by more specific advice, on how to level up Companions. The goal is to maximize XP, maximize victories, and minimize Anima spent so you can level your Companions as easily as possible. 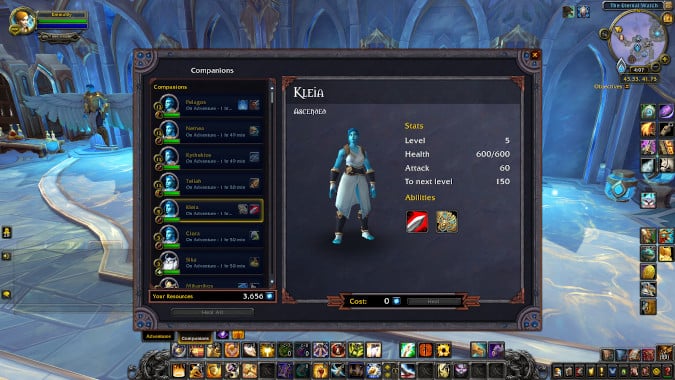 When leveling up Companions, the first thing to remember is that the more you do, the more they level up. But not every Adventure — or every companion — is equal. Here are the basics to earning XP for your followers: 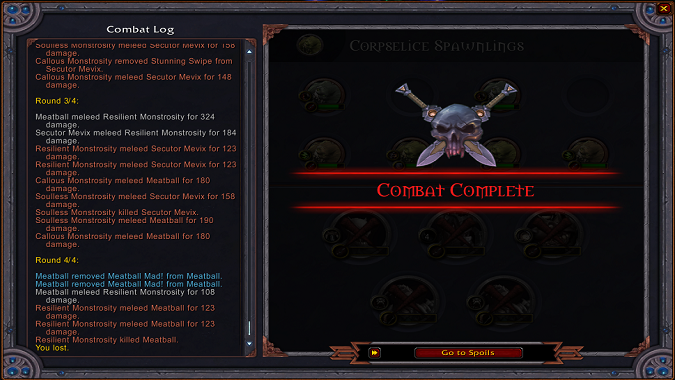 How to set your Adventure team up for success

But be aware that this doesn’t take special abilities or buffs into consideration — it just looks at general attacks each turn. If the enemy team has twice as much Health, but your team has three times as much Attack, then you should win… usually. 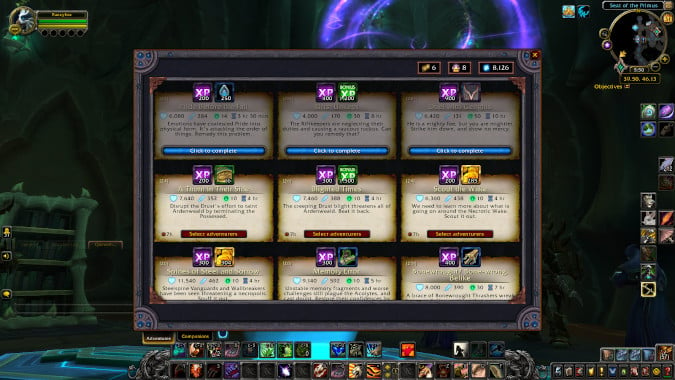 I’m sorry, but I have to recommend an addon. I went three expansions without using an addon for the mission tables, but addons really help in Shadowlands — even though they aren’t as powerful as they were in previous expansions. There isn’t an auto-fill app for the Adventure table, but they can help you figure out whether or not your setup of Companions and Troops will win or lose before you send them off. This way you can try different combinations — or decide it is just not worth doing the Adventure at all — before spending your precious Anima on a doomed mission.

There are three solid addon options: Venture Plan, Covenant Mission Success Estimates, and Covenant Mission Helper. While looking through these, the general agreement is that Venture Plan is the best, but it’s not available through Curse, so you have to download and update it manually.

Not sure which one to try? SoulSoBreezy released a video comparing them, and in his test only Venture Plan was accurate, but your mileage may vary. An MMO-Champion forum post also hailed Venture Plan as the better addon.

These addons also change the interface of the Adventure table. When I tried Venture Plan, I realized that I hadn’t known how much XP Adventures gave — the default UI only shows bonus XP, not base XP. There’s quite a bit of difference between them, and knowing the exact XP rewards can help you pick the right missions to run. Some missions — that cost as little as 10 Anima — could give 900 XP just for completing them, while some of the more expensive Adventures may only give 400 XP.

This addon was great for helping level Companions. Not just because victory in the Adventure could be known in advance. But because XP could be seen before hand, and compared to Anima cost. 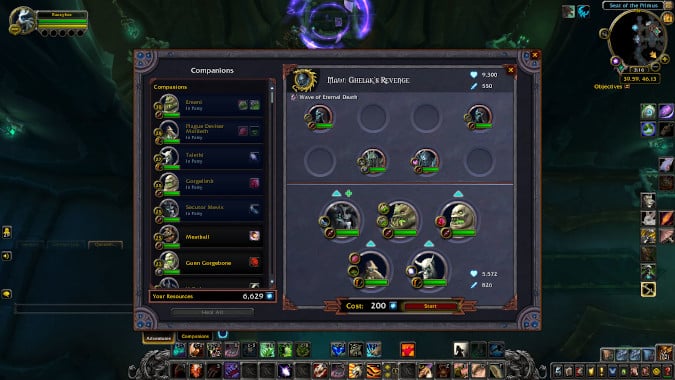 You can’t guarantee victory… but following these strategies helps

Though Adventures can be a hassle to complete, there are mounts, pets, armor, Soul Ash, gold, and Anima to earn at the Adventure Table. The higher the level of your Companions, the easier Adventures will be — and the better the rewards you’ll earn.

If you need to limit how much time you spend at the Adventure Table, the best strategy is just to run the bonus XP Adventures to level companions up. But the Anima Adventures that more than pay for themselves, and when you’re ready for more rewards and challenges, Campaign Adventures will up the difficulty (and improve the rewards).

When you have enough Anima to upgrade features of your Covenant — skip the Adventure table upgrades! Shorter mission times and faster healing between Adventures is not worth the Anima cost to upgrade. The upgrades don’t affect how many Companions you have, their Attack or Health, or what Adventures are available. Right now they’re tiny conveniences with a hefty price tag.

Let’s hope that something comes along in future patches that keeps improving these Adventure Tables, or an increases the Anima rewards. There seems like a lot of fun that could be had, but right now much of Shadowlands is about budgeting — and how to spend Anima needs an addon of its own.