Which other Blizzard titles should get the Classic treatment? 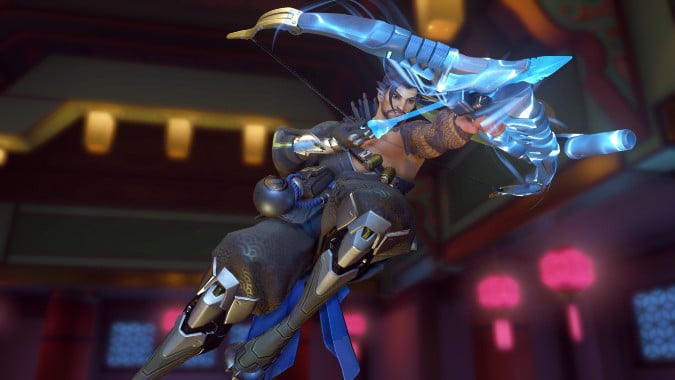 World of Warcraft did it first. Hearthstone is going to follow in its steps pretty Soon™: I’m talking, of course, about Blizzard games getting the “Classic” treatment.

WoW Classic was released about a year-and-a-half ago, and there are strong indications that we’ll get a Burning Crusade Classic announcement at BlizzConline this week– a testament to its success. The advent of a Classic Mode for Hearthstone also has people excited — even some old-school streamers are considering playing it for nostalgia’s sake. There is a chance that this game mode, where Hearthstone is reverted back to how it was in 2014 — before even the first expansion fundamentally changed it — could be a sleeper hit.

Which, of course, got me thinking. Could other Blizzard titles get the same treatment, and get their own “Classic” versions?

Overwatch seems like a prime candidate: That game already has several experimental modes with different rulesets within its own Arcade. You can queue for older styles of Overwatch in there. What if Blizzard went the full mile and added Overwatch Classic as well? We could relive the days of “simple geometry” Hanzo, with his scatter arrows (RIP sweet prince). Or Mercy with the meta-defining capability of performing a full-party resurrection as her Ultimate ability.

Diablo 3 could get its Inferno difficulty back! Many players say that the game was much more difficult when it was originally released. Back when popular streamer Kripparrian was the first player in the world to beat the game on that difficulty on a Hardcore character, that surely was a momentous accomplishment, worthy of much celebration. That said, I don’t think a lot of players would welcome the reintroduction of a real money Auction House.

What about Heroes of the Storm? Would there be much to be gained from having that game’s Classic version — with way fewer heroes and battlegrounds, but also much different balance and strategies?

So, what do you think? Would you like to see other Blizzard games get their own Classic versions, either as game modes (as in the case of Hearthstone), or as completely separate clients (as in the case of WoW)? If so, which would you like to see? What do you miss the most from your favorite game that isn’t there any more? Are there any features or balance changes that you wish would be brought back? Let us know!

Blizzard Watch is made possible by people like you.
Please consider supporting our Patreon!
Filed Under: Hearthstone Classic, Inferno Mode, WoW Classic
Advertisement