Diablo 2: Resurrected keeps the gameplay of the original intact, but consoles require some changes 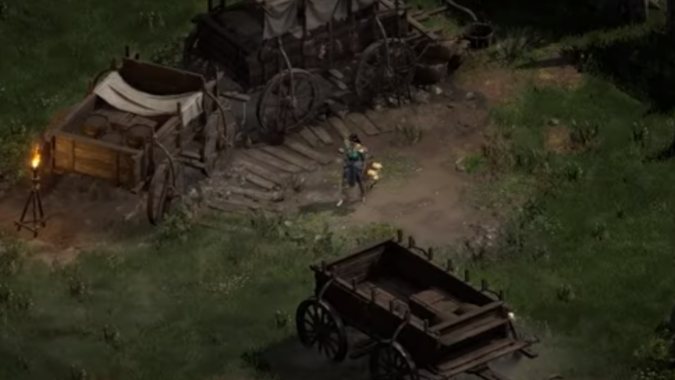 I was relieved to see that gameplay in Diablo 2: Resurrected is almost completely unchanged. Just like the original, the game will run offline after it authenticates, there are no major changes to classes or talents, and there’s even an option to go back and play with the earliest possible version of Diablo 2‘s ruleset for the purity-minded OG players who don’t want any of that newfangled Lord of Destruction stuff. Every effort is being made to maintain the original feel of the game, while small UI updates and other quality of life changes are being made sparingly — such as allowing a stash in Diablo 2: Resurrected since players would just use mule characters to get around not having one anyway.

The goal is to make Diablo 2: Resurrected play like Diablo 2, with the option of playing as the game was in Diablo 2 Lord of Destruction. However, there are some changes being made as part of the console experience, because this is the first time that Diablo 2 will ever be playable on consoles. There are aspects of the game that simply don’t translate 1-to-1 between keyboard and mouse Diablo 2 and console controller Diablo 2: Resurrected.

The developers specifically mentioned the Sorceress’ teleport and the Barbarian’s leap abilities, both of which have specific pathfinding issues that necessitated changes between the console port and the PC versions of the game. That’s not exactly surprising — we same much the same when Diablo 3 was ported to consoles. But overall, the game’s 25 FPS gameplay has been preserved in the new 3D version of the game, and we’re looking at as little change as possible outside of those few quality of life changes like the stash or console improvements. Even PVP elements are being kept as close to the original as possible.

Soon, the technical alpha will allow players to check the game out for themselves, and if you notice anything really broken in the new version, it’s the best time to let the developers know. So sign up for the alpha if you’re interested in making sure Diablo 2: Resurrected is as good a port and remaster as it can be.