The Diablo 4 Rogue will have three distinct talent specializations 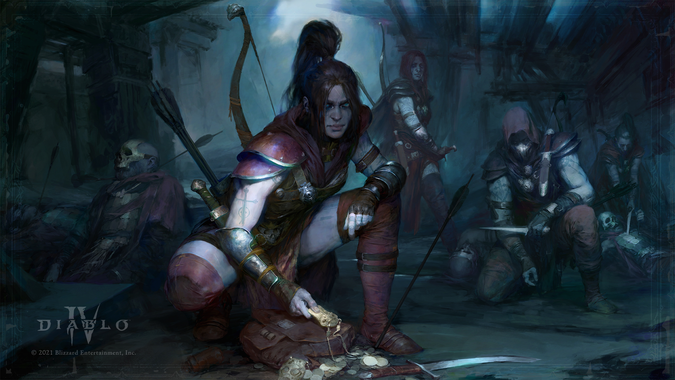 We’re starting to get our first information about the Diablo 4 Rogue. First announced at BlizzConline as the fourth playable character in Diablo 4, the Rogue will take dexterity users back to their Diablo 1 roots. Emphasizing Swords, Daggers, and Bows, these Rogues will use their natural affinity for the shadows and their raw talent for some quick, targeted violence to dismantle their foes.

Similar to how Warcraft characters have different talent specializations, there will be three different branches of the Rogue skill tree in Diablo 4.

The Rogue's Imbue System let's you change your playstyle on the fly. Melt foes into puddles of poisonous gore, freeze the battlefield with a rain of arrows, or envelop enemies within an otherworldly power. #DiabloIV

On top of the different combat specializations, Rogues will be able to imbue their weapons with deadly poisons, fearsome shadowy magic, or cold that will chill their enemies to the bone. These will work across any of your abilities to create additional deadly combos to control the battlefield with. If you find you need more crowd control you can use Frost to help freeze enemies. Chilling enemies will also be shared across your entire party. So if you’re playing with a Sorcerer, the foes you face will get frozen solid faster. The best part is that the different weapon imbues will all give enemies different death animations. So when you kill an enemy under the effects of your Frost Imbue, they’ll freeze and shatter, while using Poison will have your enemies melt into a puddle of gross ooze.

Rogues are looking super fun to play, and I can’t wait to see all of the different absurd builds that we get to slaughter our foes with.