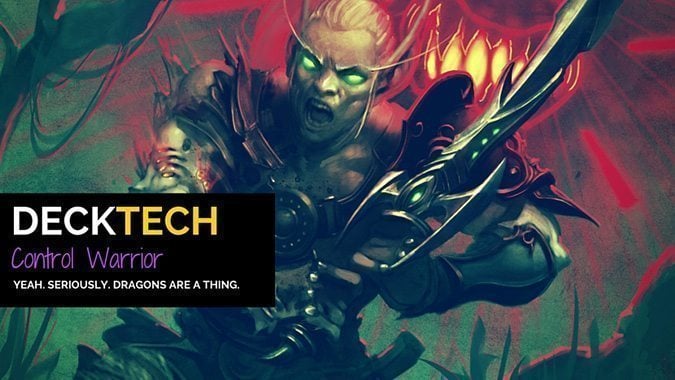 Aggro decks are all about speed: their game plan is to kill their opponent before they can execute their own strategy. Midrange decks are like Aggro, but these decks have tools to not only grab the board early, but to continue applying pressure throughout the mid-game. Combo decks rely on a specific set of cards that they combine to win the game. It’s a bit like laying down the winning hand in more traditional card games.

Control decks are all about value — or at least that’s what they’ve been up to now. These decks look to remove everything their opponent puts on the board and survive until they can drop their big, expensive cards. They run their opponent out of steam and grind out a victory.

But Blizzard is looking to change this basic formula for Control decks. They want to get away from Control decks winning by getting a ton of value and resources towards the end of the game. Instead, they want to provide Control decks with what Game Designer Alec Dawson called “big end game finishers to close out the match for you”.

He cited cards like Archivist Elysiana and Galakrond, Azeroth’s End as examples of the way Control decks won that they now feel is problematic. Both cards generate resources and value. In Galakrond’s case, it’s infinite value. Taking an opponent to Fatigue is another strategy they don’t want to support. They no longer want Mill decks which have been out of Standard for quite some time. 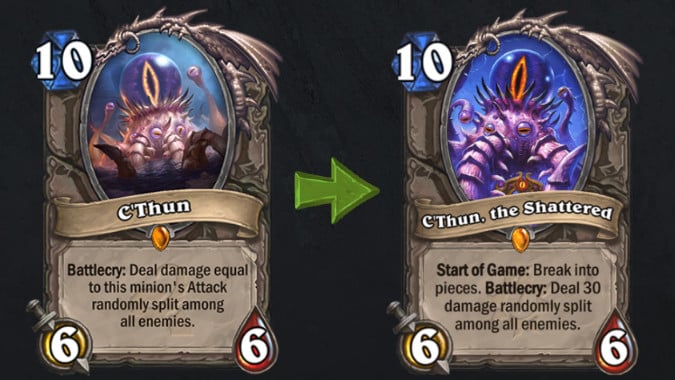 Taking cues from an Old God? What could go wrong!

While Dawson didn’t it mention it by name, cards like the original version of C’Thun seem to better fit how the developers would prefer Control decks to end games. You slowly built up C’Thun’s attack over the game by playing C’Thun support cards like the Skeram Cultist. When you played C’Thun himself toward the end of the game, he did his buffed attack damage to all enemies. Often, this would be enough to wipe your opponent’s board and kill your opponent’s hero.

This would make Control decks much more like Combo decks, even if their ‘combo’ was just a single large card. This changes how Control plays. Some players may like the current style of Control deck, and might like this pseudo-combo style much less.

Luckily, If you’re a big fan of the value and resource style of Control decks, and I would count myself in that group, Hearthstone’s upcoming Classic Format Control Warrior, Handlock, and Freeze Mage will be waiting for you.

Blizzard Watch is made possible by people like you.
Please consider supporting our Patreon!
Filed Under: BlizzConline 2021, Control Deck, Hearthstone Strategy
Advertisement