What do you think Torghast says about future single-player content in World of Warcraft? 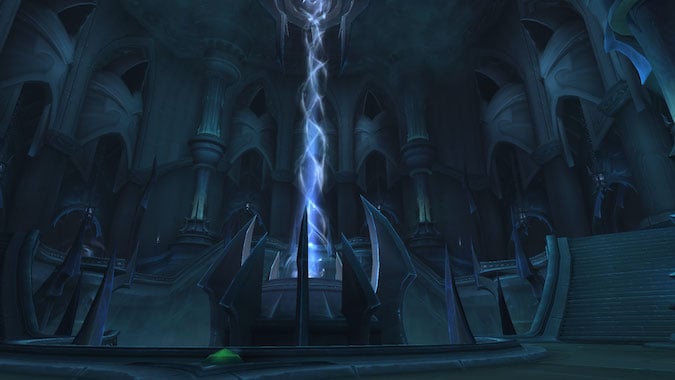 I won’t lie, while I like Torghast, I ended up feeling like it missed the boat in terms of delivering a satisfying single-player experience. In fact, I ended up wishing it had preserved some of what I liked about Horrific Visions, which was that there was a chance at gear from them. Maybe it wasn’t super great gear, and it was quickly out-leveled by World Quest and Emissary rewards unless you were pushing objectives and doing it with masks — but it was still, when all is said and done, a tangible reward for effort. Soul Ash doesn’t have that same feeling, and combined with the really awful feeling of a failed run on Torghast — which to be fair, they’re working on in 9.1 — Torghast just doesn’t feel as good as it should to me. And that’s an important lesson, I think.

If we follow each of Blizzard’s attempts at small group/solo content, from the original design of Scenarios in Mists of Pandaria to the Mage Tower in Legion and Horrific Visions in Battle for Azeroth and now coming up to Torghast, I think we can say that Torghast, at least in terms of its design and implementation, has clearly learned quite a bit from its predecessors. The reward aspect of it might not be the best possible system, but in terms of actually playing in Torghast, I think it’s an improvement. I liked Scenarios fine, and missed them when they were removed, but they definitely lost a lot of luster once you’d run them a few times. Making them a story delivery gateway was probably a good move.

The Mage Tower wasn’t really designed for replayability in mind, ultimately — you were supposed to batter yourself on it until you unlocked an Artifact appearnce, and then you’d be done. Horrific Visions came closer to the full-fledged experience we’re seeing in Torghast, and I would argue had a slightly better reward system. So what will we see in the future? What will World of Warcraft, a primarily multiplayer game, bring to life for solo and small group play past Shadowlands?