What do you expect to see from the Great Cosmic War? 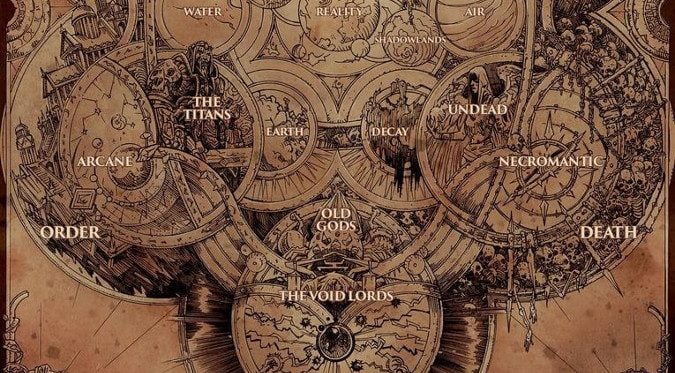 Light vs Void, Life vs Death, Arcane vs Fel — there are six seats at the high table, and the Dreadlords are seeking to consume all others. The stage is being set for a Great Cosmic War, and that might be how Blizzard puts the “war” back in Warcraft over the next expansions.

But what do you expect to see from it? There are many possibilities for how this story could play out. Will we side with one or more of those forces — such as the Light, Life, or Arcane — against others who we are more used to fighting against, like Death, the Void, and Fel? Or will there be some surprises on the way — such as the Light becoming an antagonist, and perhaps even forcing us to ally ourselves with old enemies for the greater good?

Will we get to choose which of those cosmic forces we pledge our allegiance to? Could the Covenants from Shadowlands have been a “test run” of sorts for a new space of possibilities, where we would have our characters decide if they want to align themselves with the forces of the Naaru or the Titans — or even the Void Lords?

Will our old favorite NPCs suddenly take sides that don’t necessarily align with their old Alliance vs. Horde positions? Could Anduin and Liadrin become new allies fighting for the Light, while Khadgar and Jaina team up for the Arcane? Could Turalyon be forced to fight against his beloved wife Alleria as she champions the cause of the Void? This could be an interesting way to bring us into this cosmic-scale conflict in a more organic way — making us care for the characters first, and for the bigger scenario after.

What about the resolution? Could such a war even have a satisfactory ending? We know that the writers have struggled with the conflict between Horde and Alliance within the MMORPG setting of World of Warcraft because it’s nearly impossible to reach a resolution for that conflict — one that didn’t end up alienating half of the playerbase, at least. So where could the Great Cosmic War lead us? Will those six forces clash against one another for a while, but eventually join forces against the real enemies?

Are you a soldier of the Light, through and through, accepting it without question? Would you surrender yourself to the maddening whispers of the Void — maybe you just want to see the world burn? Do you believe that the Titans have what it takes to bring the universe to its ultimate Arcane order, and to peace, or are you swayed by the demonic Fel — since in a war, all that matters is power, after all? Do you team up with the forces of Life, of the Dream, of the wardens of all that lives — or do you count yourself among those that “suffer well,” understanding that “Life” is just a fleeting, insignificant moment, and only Death is eternal?

The Great Cosmic War may soon engulf Azeroth… and we’ve got nothing but questions about how it might play out. What’s your best guess as to what will happen when this battle finally arrives in the game?