The fate of the Primus may be revealed in patch 9.1 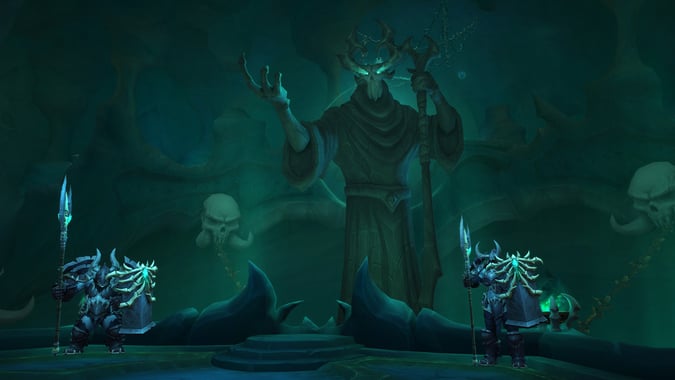 The Primus, wayward leader of the Necrolords of Maldraxxus, got a new model in patch 9.1, and in addition to that snazzy update, we also now find out what happened to him when he vanished — both where he was going, and why.

First up, before we get rolling here, a spoiler warning. Everything in this post following this paragraph is going to be datamined spoilers for patch 9.1, for Korthia, and for a lot else besides that I can’t even mention without yet more spoilers. So please, if you’re trying to avoid spoilers? Avoid this post.

Spoilers ahead for Shadowlands patch 9.1.

The clues to where the Primus went were there all along

Okay, so with all that out of the way, let’s talk about the Primus. Up until now, we knew only that the Primus apparently realized that Zovaal was up to no good and left Maldraxxus on a secret mission to deal with the threat, only to vanish. There have been some suspicions by various players — including me — that there was a connection of some kind between the Primus and the Runecarver we see in Torghast, but all we knew for sure was that the Primus saw the writing on the wall and vanished during an attempt to discover what was going on.

Now we’re learning that the Primus went to Korthia, the mysterious Shadowlands city that well get to explore in patch 9.1. As part of that exploration, we’ll learn more about the true nature of the Dreadlords, the Nathrezim who helped corrupt Sargeras and create the Burning Legion, and who may be the subject of the Enemy Infiltration book we can discover at the Spire of the Unseen Guests in Revendreth. It appears based on the broadcast text that Korthia is involved in the mysterious sigils the Jailer seeks, and one of which was taken from or will be taken from the Primus at some point and will require reforging to be used against Zovaal in the future.

And in the process of that work, the player and the Primus’ lead apprentice Heirmir discover the truth — that all along, the Runecarver has been the Primus, sundered, tortured and enslaved by the Jailer Zovaal and put to work creating dreadful weapons like the mournblades Frostmourne and Kingsmourne, the Helm of Domination, and potentially the rest of the Jailer’s army of soul forged constructs. 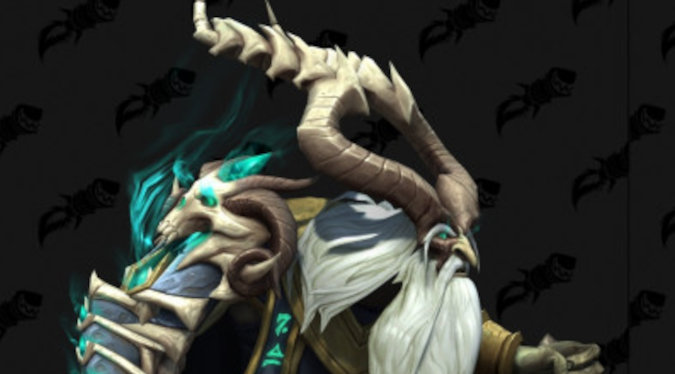 The return of the Primus

It appears, again based on the datamined text, that the Primus returns as the Sigil that the Jailer took from him — just as Anduin took a similar Sigil from the Archon in the cinematic trailer for patch 9.1 — is restored to the Runecarver, transforming him into his original form once again. It’s not clear if the Jailer needs that Sigil for his plans, but there’s text from the Primus indicating that Zovaal intends to attack the Arbiter herself and steal a similar Sigil from her, which he requires for whatever his ultimate plan for the Shadowlands turns out to be.

With the events of the datamined broadcast text, it appears that the Primus returns to Maldraxxus and resumes his role as master of the entire realm, mustering their forces to oppose the Jailer and seize control of Korthia, perhaps finishing what he started when he went there before. There’s still a lot we don’t know — we haven’t seen the confrontation between the Jailer and the Primus or how the most powerful warlord in the entire Shadowlands was defeated, but we at least now know the basic shape of what transpired.

Hopefully there’s a few kicking cinematics that will shed some more light, but it appears that the Primus will be returning in patch 9.1, as the Runecarver really was the Primus all along.

Blizzard Watch is made possible by people like you.
Please consider supporting our Patreon!
Filed Under: Fate, Primus, Runecarver
Advertisement