PVP Gear in patch 9.1 has situational ilvl, making it less desirable for PVE

One of the biggest concerns in Shadowlands so far is loot acquisition, especially for PVE players. There have been some attempts at relief: adding Valor Points for Mythic+ players in patch 9.0.5, and increasing gear drops in raids via a mid-February hotfix, but progression players had long realized the most consistent source of gear was PVP. The fact that PVP gear was both vendor-based and predictable — in contrast to PVE gear which is still largely dictated by RNG, even with the (temporary?) removal of bonus rolls — made it desirable as an alternate source for gearing up.

Of course, neither PVE or PVP players were happy about this. The former disliked having to run additional content to get gear they felt should’ve come from raiding and mythic keystone dungeons, while the latter had to deal with less-serious PVPers in their battlegrounds and arenas — if you ever want to hear a PVPer rant, tell them the best time you’ve ever spent in Alterac Valley was during Children’s Week. So Blizzard has come up with a solution that should make both groups happy: PVP gear in patch 9.1 will possess situational ilvl, being stronger in PVP while weaker compared to the drops in similar PVE content. 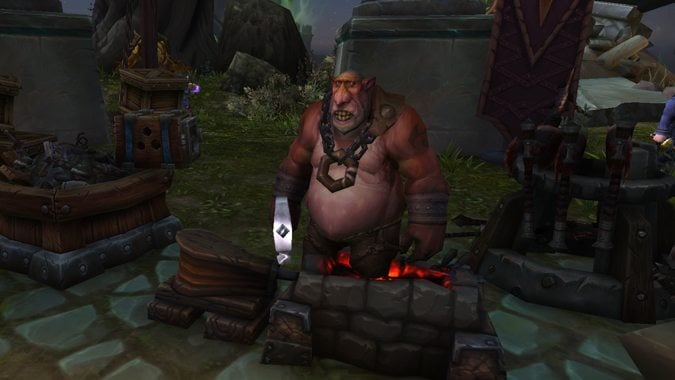 How will that work, in PVP and PVE?

PVP gear will now be 6 ilvls lower compared to equitable PVE gear — in other words, activities that rewarded ilvl 200 gear for both types of content will instead reward ilvl 194 gear in PVP. However, when PVPing — including War Mode — the PVP-acquired gear will have a functional ilvl 13 points higher than its normal. In other word, the ilvl 194 gear is now effectively ilvl 207 when PVPing. It’s a solid compromise because not only does it solve the current issue of PVEers gearing up via PVP, it diminishes the likelihood of the reverse situation too (as has happened in the past).

The one class of player negatively impacted by this change is someone who actively PVEs and PVPs at a high level, as the gear won’t transfer easily between the two activities, likely leading them to have to hold two separate sets of gear. Hopefully it won’t be too much of a detriment to their playstyle, though, because for everyone else it should make gearing more straightforward.

Blizzard Watch is made possible by people like you.
Please consider supporting our Patreon!
Filed Under: Gearing, Patch 9.1, Pvp, Shadowlands
Advertisement