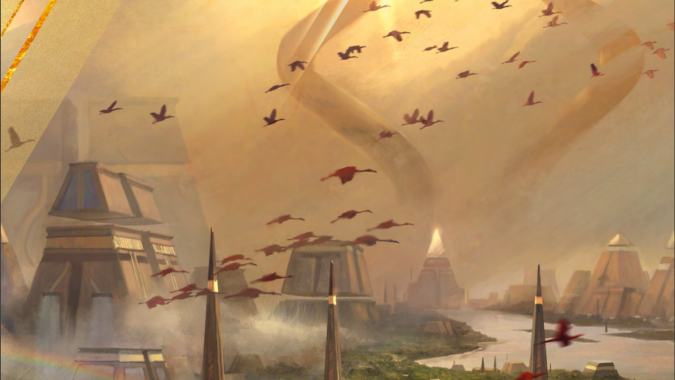 So if you missed it last September, there’s an upcoming Magic the Gathering set called Adventures in the Forgotten Realms, which will for the first time bring various D&D characters and concepts into the famous TCG. Considering that Wizards of the Coast has owned both D&D and Magic for decades at this point, it’s kind of surprising that they’ve never brought D&D into Magic before. But while we’re waiting to see Elminster in a Magic game, it should be pointed out that there have been crossovers between the two franchises before — they’ve just always been from the other direction, with worlds and people from Magic being playable in D&D.

We’ve talked about Mythic Odysseys of Theros before, of course. But while that’s a good example, it’s far from the only sourcebook that taps into one of the many worlds that have appeared in Magic expansions over the years. Indeed, before Theros appeared in D&D, we had the Guildmaster’s Guide to Ravnica, which was the first official printed D&D book dealing with a world from the card game. But even that wasn’t the first crossover, as Wizards of the Coast has actually put out quite a bit of completely free material adapting Magic for the D&D crowd. 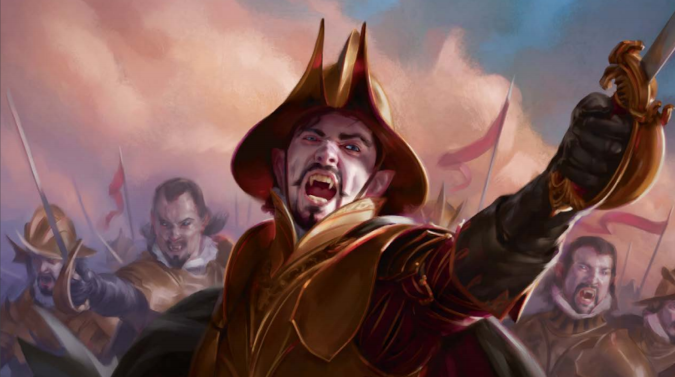 You read that right — five D&D worlds for the low, low price of free

That’s right. Completely free. As in, you Dungeon Masters out there don’t have to pay a cent for it. It’s online, available from Wizards of the Coast itself, and while none of these free products are considered official — that is to say, you can’t use it in a Adventurer’s League game — it is written by James Wyatt, who has worked on both D&D and Magic extensively over the years and who is currently working on a new project we’re likely to hear about this year, according to the D&D Studio blog.

These sourcebooks are fairly extensive, especially for free products. They consist of the following:

As you can see, there’s a lot of c0ntent from Magic to bring to your D&D game, and since it’s all free, you can get the equivalent of a whole campaign’s worth of settings, playable races, and terrifying monsters without spending one thin dime, which is a bargain any way you want to slice it. They’re all very good, in my opinion, and they’re the reason I know as much as I do about Magic considering I’ve never played it. Definitely pick them up, since they’ll cost you nothing and give you tons of material for your next game.

Blizzard Watch is made possible by people like you.
Please consider supporting our Patreon!
Filed Under: D&D For Free, Magic: The Gathering
Advertisement