A Demon, a Druid, and a Giant Murloc walk into Hearthstone as two new heroes join the Battlegrounds 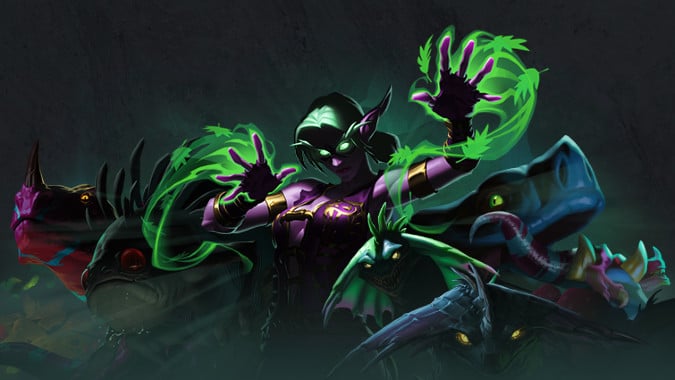 This is not the setup for a joke: Hearthstone Battlegrounds is getting some updates, with two new heroes and a new minion. With the impending release of the Wailing Caverns mini-set, it’s not fair for Constructed mode to have all the fun, after all.

Two heroes enter, one hero leaves. One minion enters, one minion leaves. And a certain tribe of piggies is about to become a little scarcer than before. Read on to find out everything that’s coming with Hearthstone’s patch 20.4, due out tomorrow! 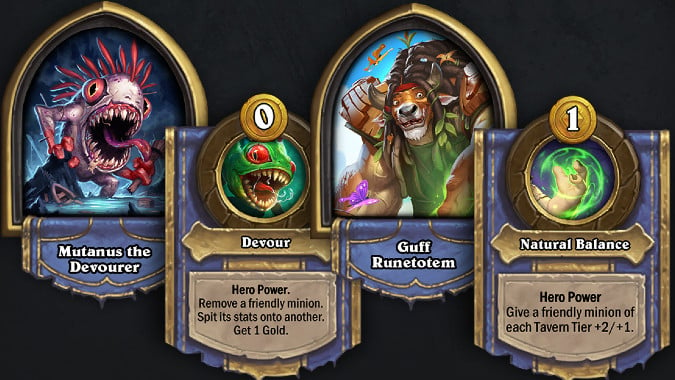 Maiev is out, Mutanus and Guff are in

First of all: Maiev Shadowsong is being (temporarily) removed from the Hero Pool. Maiev has had her ups and downs: she was a very weak hero early on, then she was buffed and became absolutely dominant, and then she was nerfed back into a more balanced state. Under certain situations she can still be a very powerful hero, and perhaps the Hearthstone team seeks to find a way to either tone down her Hero Power a little more or completely redesign her.

But this update isn’t just about removing things: it’s about adding them as well. So here are the two new heroes being introduced to Battlegrounds.

At first glance, this seems like a strong Hero Power. Once a turn, instead of selling a minion and simply getting that 1 gold, you can get rid of that minion and get that 1 gold while also buffing another minion you have. You can essentially “recycle” your minions until the end of the game instead of losing out on those stats every time you sell a minion. It has some potential to make you very strong, especially in the early to mid-game, when raw stats are more important than anything else.

This hero is a little harder to evaluate than Mutanus. Getting to buff up to six minions a turn for a single gold definitely sounds very strong, but it comes with the detriment that you need to find yourself a build that includes one minion of each Tier, ideally. Not every build will be able to do that consistently. But for those that do, Guff’s Hero Power will definitely add an enormous amount of power for a relatively low cost.

Mutanus and Guff will become available for every player on June 17, but players with Battleground Perks will have access to them starting on June 3, when the patch rolls out. 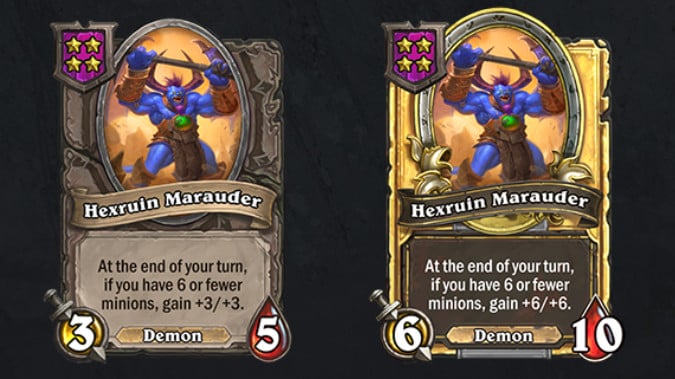 Siegebreaker, a Tier 4 Demon, has been removed. In its place a brand-new Demon has been added to the game.

Siegebreaker was often paired with those Demons that can generate other Demons, from Imprisoner and Imp Gang Boss to Voidlord or even Imp Mama, because it would buff those newly-created Demons with that +1 Attack. It sounds like the new minion has a similar function, but does it in a completely different way.

By pushing you to play with only six minions, rather than a full board of seven, you should always have some extra room, ensuring that those tokens will never get “lost” (which can sometimes happen when your minions try to generate other minions onto a full board). Still… always having one less minion could be a pretty big detriment. So it remains to be seen how effective this “six-minion” strategy for Demons will be.

Outside of that, Quilboars are no longer guaranteed to be in every Battlegrounds match. Which is a welcome change at this point in order to keep things fresh.

But the new patch isn’t just about updates for Battlegrounds: there are some Constructed changes (Paladin nerfs!) and a few other goodies, which you can find by reading the official patch notes.

Blizzard Watch is made possible by people like you.
Please consider supporting our Patreon!
Filed Under: Battlegrounds, Forged In The Barrens, Giant Murloc, Hearthstone Battlegrounds, Wailing Caverns
Advertisement