How toxicity in gaming affects the people who make the games 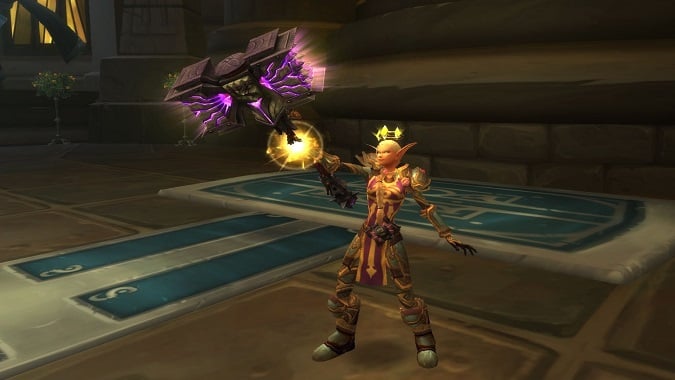 I don’t know why we constantly seem to forget that, but it’s true — video games are not plucked from trees, they are not naturally occurring from massive crystal formations ejected by volcanic eruptions, they don’t hatch from the enormous eggs of mysterious, terrifying bird monsters. No, a bunch of people who like video games so much that they acquired the massive skill set in order to get jobs helping to make them spend hours and hours of their time working on them — sometimes through conditions that are as shocking as they are widespread.

I truly believe we can lose sight of this, and I’ve been playing World of Warcraft I’ve seen some astonishing negativity on the part of players towards the people who make games. A recent tweet by Craig Amai, currently a project lead at Blizzard, formerly Lead Quest Designer on World of Warcraft, really has me thinking about the human cost of that level of toxicity.

I’ve never considered quitting, but crying and stress without a doubt.

Strangely the time that sticks with me the most was someone championing a good cause, but assuming so negatively about me the invisible dev in an area I actually cared deeply about. Felt hopeless.

Assuming the negative says the most about the person doing so

I’m going to be blunt. In my years writing about Blizzard, World of Warcraft, and other video games, I have interacted with a great many people who work in the field. Some of the people who work there, I’ve known from before they did. Some I met through playing the game, others through personal correspondence. One actually saw that I didn’t have a pair of shoes without holes in them, and he offered out of the kindness of his heart to buy me a pair of shoes. They have been, almost exclusively, good people. But even if they weren’t, they’re still by and large incredibly dedicated to making games. They love video games as much or more than anyone else who plays those games.

This does not mean they never make mistakes. It does not mean that we can’t criticize the games they made. But it does mean that personal attacks on them or their character are wildly inappropriate and usually intensely inaccurate, and if you resort to such arguments or attacks, you’re showing more about yourself than them.

John Keats called the ability of a writer to accept uncertainty and doubt without attempting to impose any sort of meaning or truth to it negative capability, but often we see a complete lack of that ability among players of video games. Not only do many of them lack Keats’ version of negative capability, but instead they directly attempt to impose their own meaning to decisions they disagree with, and that meaning can be extremely — and even overly — harsh and negative.

I have been on record as not having enjoyed all of Battle for Azeroth‘s story, but I know the people working on that story truly care about it, about World of Warcraft and the lore and story of the Warcraft franchise. Any argument that says they do not is fallacious. If I have ever done this — and I may have because, I’ve written a lot of words about World of Warcraft and Blizzard Entertainment over the fourteen years of my career doing so — then I was wrong to do so. 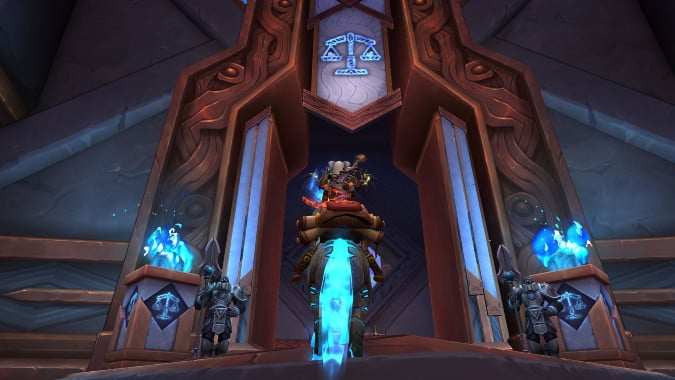 Rolling that rock up the hill is hard enough

The myth of Sisyphus is often used for various purposes — for example, Albert Camus used it to describe how in the face of the absurd, we must find meaning for ourselves. The original story of Sisyphus, king of Ephyra (the future city of Corinth) and how he ended up forced to roll a rock up a hill only to watch it roll back down the hill, and then having to roll it back up endlessly. Game design does not have to be like that, but when we as players forget that game designers are human, it can become so.

I am to a degree haunted by Amai’s statement about how the player assumed that he did not care about something he was, in fact, deeply passionate about. This is because passion can be destroyed by feeling like nothing you do is respected or matters, and the loss of that passion means that the game will not benefit from it. Furthermore, as we’ve already established that game designers are human, I do not want to see them lose their passion, or feel like they are not respected, valued, or seen as fellow travelers, fellow members of a single community. I don’t want working on the games we love to be like rolling that rock up the hill, knowing we’ll just shove it back down on them again.

It’s one thing to say wow, Azerite Armor didn’t work or Artifact Power is too grindy and doesn’t feel good to acquire or Shadowlands has too many systems at endgame and feels disjointed — these are criticisms of the game, not of the people who make it. But when we decide to cast aspersions on them as people — when we accuse Blizzard of using their ‘B-Team’ and in so doing imply that the designers working on WoW aren’t talented enough to be on some imaginary A-Team, or when we dismiss their love for the game, or otherwise assume that they’re not also players, just like us, who love these games as much as we do if not even more then we are doing a disservice to the process of making these games. Criticism is necessary. Personal attacks and aspersions are not only unnecessary but they’re actively harmful.

I’m not telling you that you have to like any particular decision made in the games you play. I’m simply telling you that games are made by people, and those people generally love games and gaming just as much as the people who play them, if not even more. They’re already under stress, often subjected to conditions that are very hard to cope with. We don’t have to treat them like our enemies, when they are ultimately the very means by which we get to experience these games we love.