What could tabletop RPGs learn from MMOs? 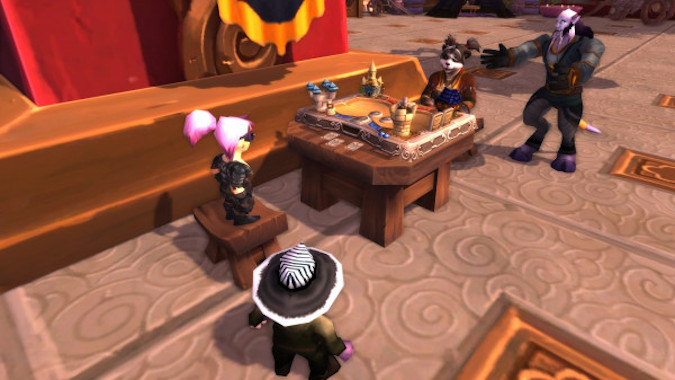 Tabletop RPGS predate the MMO video game genre, and MMOs borrowed heavily from their predecessors. And even then, there are some aspects of tabletop gaming that video games could never fully capture. With tabletop games, the true limitation is imagination, while video games are limited by what is programed into the game.

One thing is accessibility. Video games are there when no one else is around. When it isn’t time for raid, you can still log into WoW and play solo content, or at least queue for something with strangers. In tabletop games, you need a group and a scheduled time — unless you’re a Dungeon Master, then you have a lot of prep work to do. Could tabletop games — even if they were available online — find solo content for players?

Another area where video games improved is combat. During dungeons and raids, every player is active and invested in the fight the full time — unless they are dead and not receiving a rez. In D&D, and in some — most? — TTRPGs, it is a matter of take an action, wait…wait….wait… and really misses the mark for those with short attention spans.

What other aspects of video game RPGs could table top games borrow to improve? How could TTRPG combat be faster and more inclusive for everyone at the same time? Have you found any ttrpgs based on video games that translated over well?