When do you spend money on a free-to-play game? 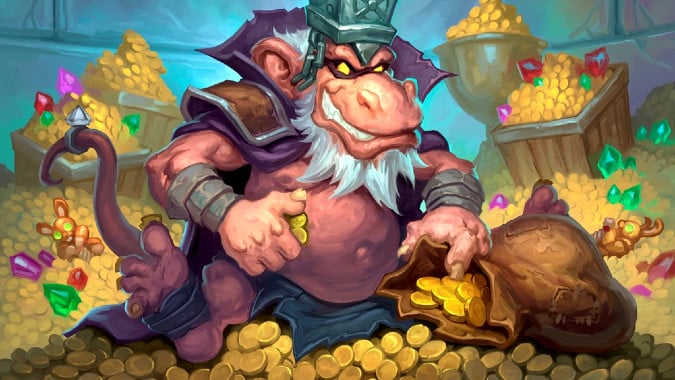 Hearthstone Mercenaries arrives in two weeks, and while we now have more information about what the game mode is going to be about, there’s still some lingering questions about the monetization model for this ostensibly free-to-play mode. Of course, the base Hearthstone modes are also free-to-play, but it’s extremely hard to be competitive without spending some money, and to me the fact that they even added Hearthstone rewards to the World of Warcraft 6-month sub is a tacit admission of this fact.

Of course, there’s nothing really wrong with free-to-play games having additional charges — outside of fully random lootboxes which many games are eliminating due to pushback from players and governments. As a free-to-play game, Hearthstone needs to turn a profit somehow, so additional game modes or cosmetics that can help keep it operational make sense. So while I’m not a dedicated player of the game, I will throw money at them occasionally (usually when they release something featuring dwarves — best $10 I’ve ever spent).

Hearthstone isn’t the only free-to-play game that gets money from me. Guild Wars 2 remains my favorite subscription-free MMO, and while it is technically buy-to-play, the infrequency of the expansions that require purchase — it’s been four years since the last — is low enough that I practically feel guilty with how much value I get out of the game. So there’s zero hesitation on my part when I want to expand bag space or add another character via a real money purchase, or if a cosmetic is released that I really like the look of. Heck, some services in GW2 are cheaper than similar ones in World of Warcraft or Final Fantasy XIV, and I pay a $15 a month sub for those.

Some games are giving Rendle a run for his gold

Then you have games like Genshin Impact — which some of us have cheekily dubbed “Gacha of the Wild” for its loot box system and graphical resemblance to Breath of the Wild — which are completely free to play but to maximize your characters and increase your party membership you’re going to want to spend “wishes” for a shot at them. Here’s the odd thing, though: even though it’s been out a year, they’ve barely added any monetization to it — new characters and weapons are the only things you can get (outside of the standard subscription services), but getting the things you actually want from the gacha system can get expensive fast. The game itself seems to rely on whales that really want to collect anything and everything that is released.

Fortunately, the reason I’ve started playing Genshin Impact is for Aloy, and she’s free when you’ve hit level 20. If I like it enough to continue playing, I may shell out some real money every now and again just to support a game I enjoy, but otherwise it’ll be a short but free experience for me. That’s the risk all of these games take, so I’m not always averse to personally giving out some reward to the developer.

What about you? Do you resist monetization in almost all forms? Are you like me and willing to throw money at “free”-to-play games that you enjoy? Or do see the purchase of improvements as its own form of sub/purchase price and invest accordingly regardless of the requirements?