Can you play Horizon Forbidden West if you haven’t played Horizon Zero Dawn — and should you? 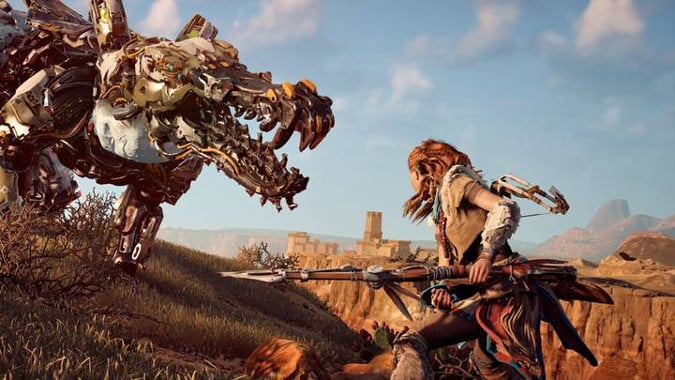 Horizon Forbidden West was released last week to extensive fanfare, especially from those who had played its predecessor Horizon Zero Dawn. I was very hyped for HFW too, even though I had never gotten past the tutorial for HZD. That’s not to say I was unfamiliar with it — I had watched it streamed and was therefore educated on the world and gameplay — but I couldn’t decide whether I should play the original first or jump right into the sequel, especially because of all the chatter around HFW. Ultimately the fear of missing out won the day, so I dove into Aloy’s second adventure with just enough background to not be completely lost.

My initial concern was over the difficulty of the game, but HFW is designed for all types of players. There are five difficulties ranging from “Story” to “Very Hard,” and the game allows you to change as needed without penalizing you — if you’re stuck on a particular encounter, you can drop the game’s difficulty until you’ve overcome it, and then reset to where you were.

The controls are pretty complicated, though, and you’ll end up using pretty much every button on your controller. That said, if you’ve played the recent games in the Assassin’s Creed series or God of War, the complexity shouldn’t feel too overwhelming. It’s a lot to learn even if you are familiar with the playstyle, but the introductory tutorial chapter does a fair job of easing you into it, and there are a good number of settings that can improve your experience.

Of particular use to me was the “Climbing Annotations Always On,” as that highlights every cliff and beam you can climb on. Since I hadn’t played HZD I wasn’t familiar with the visual clues that a rock face was a barrier or not, so adding yellow lines greatly reduced the number of times I tried to jump on an edge that was not actually accessible. Some settings are only available in “Story” or “Easy” difficulty, so it’s a good idea to hunt through the settings menu and adjust difficulty to see what becomes available — I use the “Auto Heal,” which automatically consume medicinal berries when below 50% health, when playing in “Easy” mode because it’s one less thing to worry about although I still have to remember to refill my berry pouch. 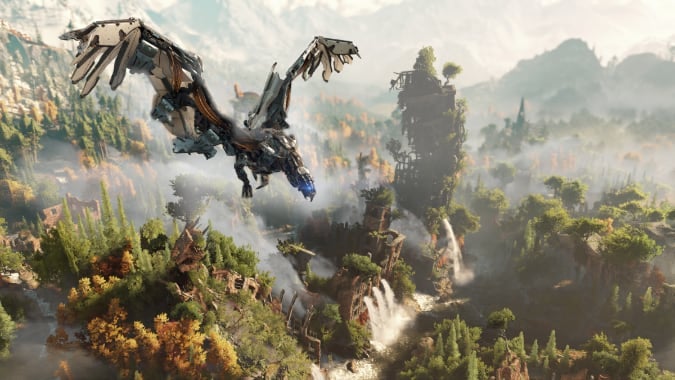 I went into HFW having a solid background in the lore, with a lot of help from our coverage of the series. That said, I was woefully unprepared for how much information I would have to process from the start. The game gives you an assistant named Varl for the first chapter, and his presence was useful for reminding players what was happening as well as giving Aloy a sounding board as to what her current mission was. Of course, Varl was a returning character from the first game, so there was likely a good amount of banter and references that did not register with me.

The situation got worse when I got to Meridian, where everyone from little kids to the king knew me intimately but I of course had no knowledge of them. HFW provides a handy notebook feature that includes extra information regarding the characters you (re)meet, but it falls flat compared to actually adventuring with these NPCs who all seem to have remarkably unique personalities.

It was when I got to Chainscrape and encountered Petra that I realized that HFW offers so much more to veterans than to new players. While the game does a strong job of making sure you understand the breadth of the story, a good portion of the depth is lost by not having played HZD. I’m sure as the game progresses and you leave behind familiar haunts that you’ll be able to build deep relationships with new characters, but I feel like I’ve cheated myself some by starting with HFW.

In the end, you certainly can play Horizon Forbidden West without playing its predecessor, but the question of whether or not you should is going to come down to whether it’s worth missing the wealth of character moments you lose by doing so. I suspect that for a good number of players the answer will be no.

Blizzard Watch is made possible by people like you.
Please consider supporting our Patreon!
Filed Under: Horizon Forbidden West, Horizon Zero Dawn
Advertisement