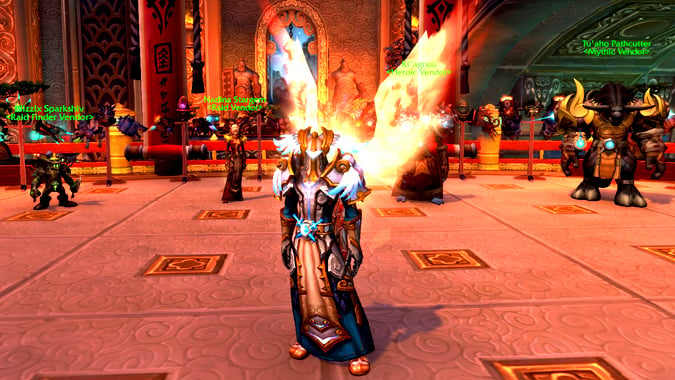 Was it a mistake to remove tier sets in Battle for Azeroth in favor of Azerite Armor, and were you surprised when they didn’t immediately return in Shadowlands? I think about this one from time to time, because I’ve been curious about how tier changes gameplay and how players like to hunt for it since we saw it get removed from Timewalking dungeons with the Legacy Tier change that made all pre-Legion tier sets no longer work. It felt like the developers hadn’t considered that players would dig out older tier gear for Timewalking and took a hammer to the problem instead of working out a solution that balanced things.

Personally, I didn’t really see the problem if older tier sets worked in Timewalking, but that comes from a guy who transmog hunts constantly and thus has tier pieces to use from previous WoW expansions. I could see folks getting annoyed at feeling they had to hunt for previous expansion tier for the set bonuses to complete Timewalking dungeons faster, but it always felt to me like at most you’d get a weekly quest out of it at best. Likewise, replacing tier with Azerite never really felt as cool — set bonuses interlock, they allow you to pick your gear set, and there’s always that weird phase when you’ve got 2 piece previous raid tier set and 2 piece new raid tier and you’re trying to figure out how to keep it balanced that I kind of enjoy. I’m glad tier is back in Shadowlands even if it waited until the last raid.

But now I’m wondering — will the next expansion come with tier? Will they maybe go back to older expansions and release six piece tier sets so players can get their 4 piece more easily while mix and matching? I liked how the Sunwell raid introduced tier 6 boots, bracers, and belts (even if they match Sunwell raid gear and not actual tier 6) so players could keep their tier set bonuses longer. What would you do to keep tier fresh and interesting?