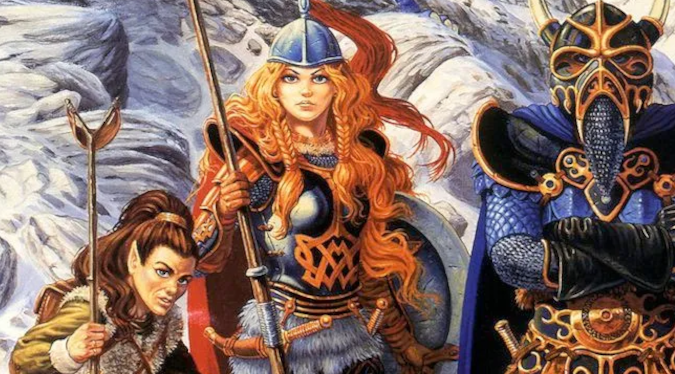 We’ve already seen the world of Krynn, the home of the Dragonlance setting, in an Unearthed Arcana playtest document for Dungeons and Dragons 5e. Then the D&D Direct announcement video ended with a surprise teaser trailer for not only a Dragonlance adventure but a new Heroes of Krynn battle game set in that setting as well. Now, a few days later, we’ve seen a brand new Unearthed Arcana playtest document called Heroes of Krynn Revised that’s made some changes to that document. And for once, we’ve got a whole video from Jeremy Crawford explaining exactly what they’ve done this time around.


What to expect from the latest Unearthed Arcana

One major change between the previous version of the UA and this one is that they’ve removed the Lunar Magic Sorcerer subclass, but not because they’re scrapping it — instead, because they’ve moved it from playtest to final development, as players generally responded well to the subclass and they felt that it was ready to get its finally design to get it ready for release. That’s an example of a positive change, and one that fans of the subclass should be looking forward to.

But things aren’t all roses — while the Lunar Magic subclass made the grade, work continues to get everything else ready for the final push. The player reaction to the Kender wasn’t as favorable, and as a result, they’ve been revised to move them closer to their original design from the AD&D modules they first appeared in, emphasizing their curiosity, their inability to feel fear, and their facility with taunts and insults to unsettle and upset their foes. The previous version’s ability to roll a d6 and consult a table to see if they’d accidentally grabbed hold of a plot critical item was removed, likely because no DM ever wants that kind of ability in a player’s hands. Now, their immunity to fear, their ability to mock and belittle others and their curious nature are brought to the forefront in more direct ways, including proficiency in one of several skills like Investigation, Insight, Sleight of Hand, Stealth or Survival.

In addition, one thing about the new backgrounds we saw in the previous UA that has been added is that Background in Krynn grant two extra feat choices to reflect the tough, resilient survivors that the people of Krynn have had to become with all the chaos of the past decades. Dragons vanishing, the gods no longer speaking to mortals, then the great War of the Lance and a near-total cataclysm all have shaken Krynn to its foundations, and therefore Krynn backgrounds like the Knights of Solamnia or Mages of High Sorcery get prescribed feats at 1st and 4th level, and any other native of Kyrnn with a background that doesn’t offer feat choices gets to pick from a list of feats in the UA document at 1st and again at 4th level, a change I hope makes it into mainstream D&D because I’ve always held that 5th Edition is too stingy with feats.

So all in all, it’s an interesting second look at how Krynn, the War of the Lance, and Dragonlance are being translated into the modern game, and I’m hopeful this means we’ll get Dragonlance for 5E sooner rather than later.

Blizzard Watch is made possible by people like you.
Please consider supporting our Patreon!
Filed Under: Dragonlance, Heroes Of Krynn Revised, Unearthed Arcana
Advertisement