How often do you go back to old content to farm collectibles? 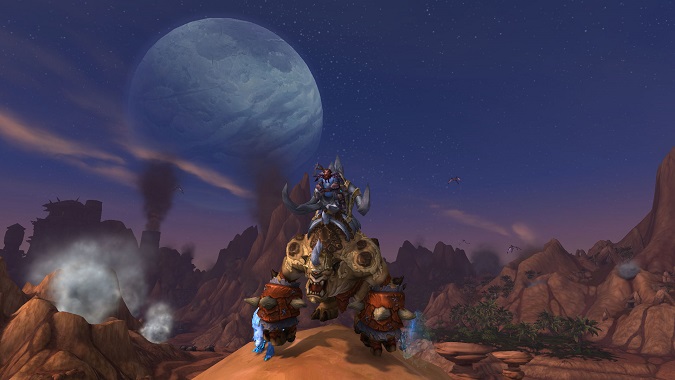 It has been almost 8 years since Warlords of Draenor came out, and I finally got the Sunhide Gronnling mount from Poundfist on Saturday night. It’s not that I’ve been waiting that long — I think I checked a handful of times when I was in the area when the expansion was current, but I never camped his spawn point like many others did. Of course, I had no inkling that I would get the mount when I logged on; I was looking to see what groups were up in Zereth Mortis when I spied the entry for Poundfist. Next thing I knew I was in Gorgrond getting the mount, all thanks to the kind soul on Wyrmrest Accord-NA who put up the listing (I regrettably didn’t catch the name).

I tend to be very present-minded when I play World of Warcraft; it’s not that I don’t care for older content, it’s just that I tend to be so focused on my current tasks that I rarely have the time to go back and farm for content I missed the first time through. Mostly during the expansion lulls, I’ll end up trying to catch up with the current expansion’s content. And since Shadowlands had a ton of content especially upon release — I have no expectation that I’ll ever complete some of the Covenant activities or acquire all the Covenant armor appearances — I’ve made zero plans to pursue legacy content.

That said, occasionally I’ll get it in mind to farm a transmog outfit or a mount and get a little too focused on it — sending multiple characters into old raids just to acquire my target. I don’t go too overboard; while I would love to complete Awake the Drakes, I’m not fond of how long it takes to get through Dragon Soul, so I’ve yet to muster the motivation to do so. And yet every now and then you’ll see a lone dwarf flying around Storm Peaks on an RP-PVP shard for hours, hoping…

What about you? Do you have a list of old mounts or toys or armor from prior expansions you keep going back for? Or do you tend to just focus on current content? And what “accidental” reward — like I got with Poundfist — have you gotten lately?

Blizzard Watch is made possible by people like you.
Please consider supporting our Patreon!
Filed Under: Legacy Content
Advertisement