Blizzard tells us which dungeons and raids won’t be available for cross faction play on patch 9.2.5 release 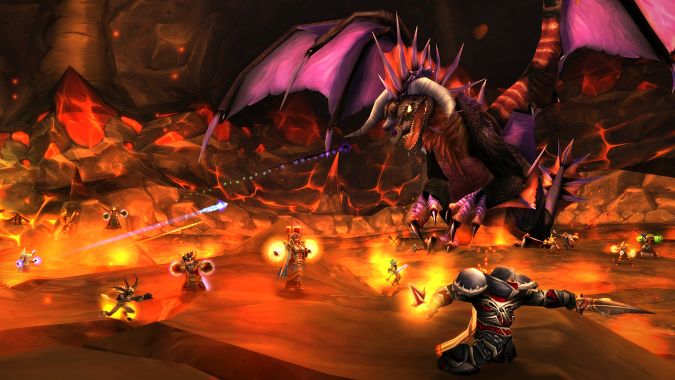 If you’re like me, you have a lot of friends on the other side of the faction divide, and so you may have been waiting patiently… or impatiently, I can’t watch you all the time, just when you’re in range of the Orb… for the upcoming patch 9.2.5 and the cross faction grouping feature. Well, now we have the official Blizzard post detailing cross faction instancing, how it’s going to work, and where you’ll be able to use it. Also, importantly, where you won’t be able to use it, because specific types of matchmaking still exclude it and even some dungeons and raids won’t allow you to enter them in a cross faction instance.

The functionality of the cross-faction instance feature will also apply to legacy instances and is available at all levels. However, there will be several older instances that cross-faction parties cannot enter due to faction-specific components, and they are:

So you won’t be able to run a cross faction group in these various legacy raids and dungeons because those specific dungeons and raids are content that tailors itself around your faction choice, and at least for now, that means the dungeon wouldn’t know what to do with your group. The PVP instances — Baradin Hold and Vault of Archavon — might also be due to the fact that these specific instances require a specific faction to control the zone to activate those instances for that faction. Essentially, if one faction can get in, the other one can’t.

You also won’t be able to make a cross faction group to do anything involving randomized matchmaking. So while you’ll be able to make premade groups and look for people on Group Finder, you won’t be able to run random BGs, Heroic dungeons using LFG, or any other form of automated matchmaking. You will be able to run all dungeon difficulties from normal to Mythic+, raids other than the ones specifically mentioned above, and rated BGs and arenas. There are also no plans for cross faction guilds.

So there you have it. You’re going to be able to run cross faction with your buddies even in leveling content — with specific exceptions because those dungeons and raids are different for different factions or can only be accessed by one faction at a time — and you can do PVP like rated BGs or Arenas but you can’t use any random matchmaking. Cross faction groups will be made up of your friends and friends of friends. But you all will be able to run Onyxia together! And I hear she deep breathes more, so it should be a challenge to be sure.