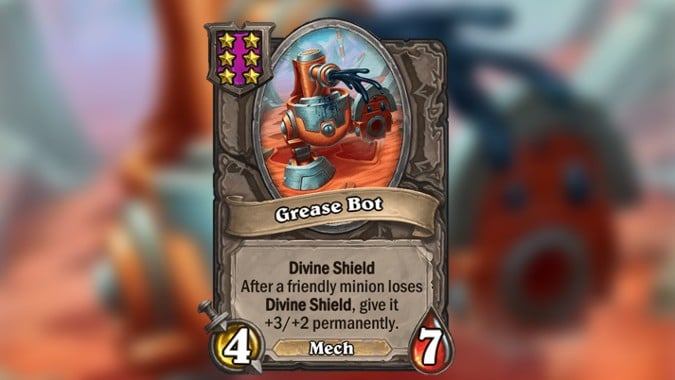 On the latest Hearthstone Battlegrounds patch we saw a buff to Grease Bot, but we had no idea just how much that simple change would impact the entire meta of the game mode.

Grease Bot went from a Tier 4 minion to Tier 6; its stats were increased from 3/6 to 4/7, and it gained Divine Shield. But far more importantly, its effect was buffed to give your friendly minions +3/+2, rather than +1/+1, when they lose Divine Shield. And that simple change was enough to make Mechs start absolutely dominating Battlegrounds.

Before this buff Mechs were already a solid composition, with their ability to keep regaining Divine Shield over and over during a match, and summoning more Mechs (or even re-summoning themselves). They had one weakness — they didn’t scale their stats as well as other comps like Naga, Elementals, or Demons. And here’s where the Grease Bot buff makes a huge difference: your Divine Shield mechs now scale more than twice as fast with the change from +1/+1 to +3/+2, quickly reaching very high stat numbers.

The current state of the Battlegrounds meta is that if Mechs are in the game, chances are that you’re going for it, and the players who succeed in pulling it off are probably ending up in the top positions. We’re seeing this happen on ladder, but also on tournament events, such as the recent Lobby Legends. I honestly expect Mechs to see some nerfs before too long — possibly with Grease Bot itself being toned down. 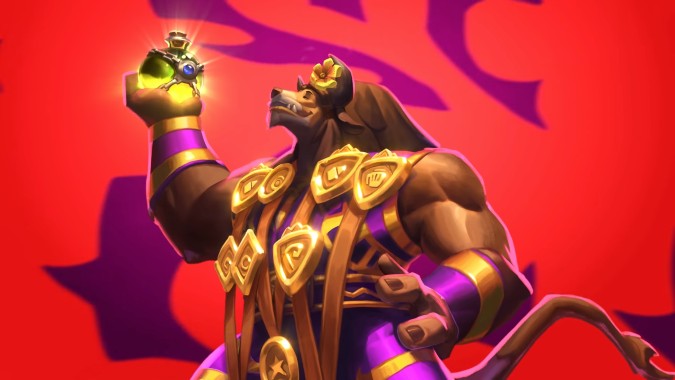 Is Lady Vashj another overpowered newcomer? Or is there someone else at the top?

The newest addition to Battlegrounds is a solid hero. Lady Vashj is not necessarily overpowered, like other newcomers we’ve seen in the past — picking her is no guarantee of winning, but she’s definitely present among the solid choices we have right now.

The one hero who’s absolutely demolishing the competition, however, is Guff Runetotem. On the same patch that saw the buff to Grease Bot’s effect, changing it from +1/+1 to +3/+2, Guff’s Hero Power received a similar buff, also going from +1/+1 to +3/+2 — and the result was much the same. The gentle giant stomped his way to the top and became the strongest Battlegrounds hero for the time being. Perhaps we’ll see a future balance update take him down a notch as well.

Overall, the Battlegrounds meta is less balanced right now than it was two weeks ago. We definitely feel like the buffs to Grease Bot and to Guff were too much, and hope they’ll be addressed soon enough.