How do Quests work in Hearthstone Battlegrounds? 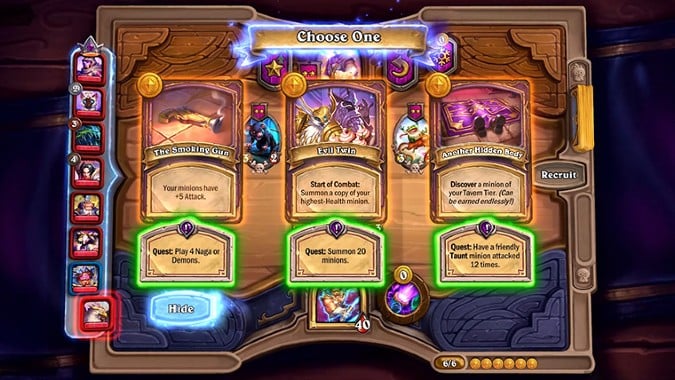 Quests are an in-game event that is currently active on Season 2 of Hearthstone Battlegrounds. They drastically alter how games play out by asking you to perform specific actions, and then by rewarding you with a powerful benefit for the rest of the game.

Each player will be trying to complete their own quest, and there are many of them — and many rewards as well, which can be combined with the original quests in multiple ways. Those sets of quests and rewards will interact with the several heroes and minion types in the game in an assortment of manners as well, so there’s a lot to unpack here! Let’s try to figure out what exactly these quests are, and what you need to know about them. 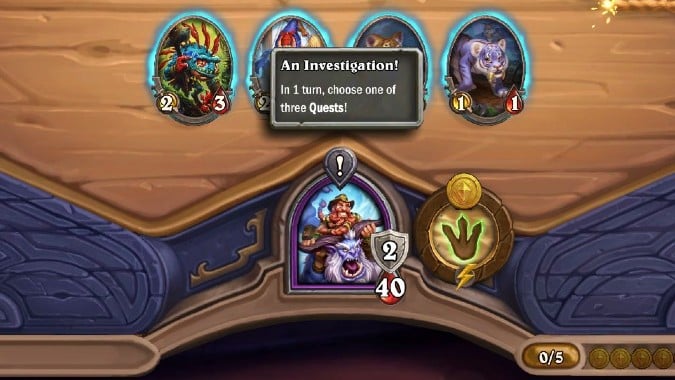 The basics of how quests and rewards work

On turn four, three pairs of quests and rewards will be shown to you, and you’ll be prompted to pick one — this is a special turn where more time is added to the clock, to give you some extra time to decide. The pairings will change every time: you might get the same quest with two different rewards on two different games, for instance, since it’s all randomized.

Once you pick your favorite quest (and its paired reward), it’ll become visible by hovering over the exclamation point icon above your hero portrait. You can also see which quests and rewards each of your opponents picked by hovering over their portraits on the sidebar — this also tells you if they have already completed it or not, so you can try to “predict” how they’ll behave, perhaps. Use all the information you can to your advantage!

After you succeed in completing your quest, it’ll become visible as a circle icon to the left of your hero portrait, opposite your hero power. 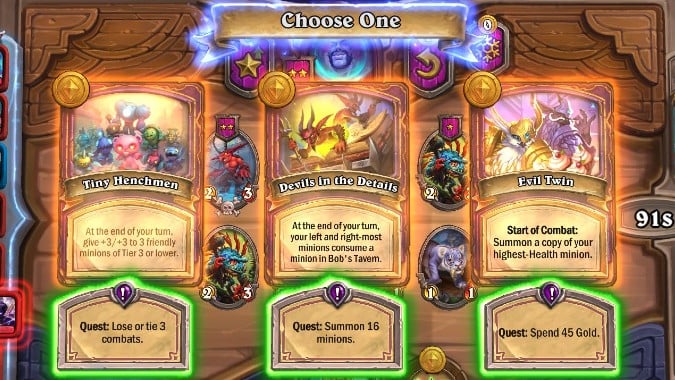 Which quests are in the game, and what do they do?

Currently, there are 12 quests in the game, each requiring you to perform a set of actions such as “summoning minions” or “spending gold,” or even “losing combats.” In general, the harder it is to accomplish a quest, the better the reward associated with it is. You definitely want to complete your quest as quickly as possible in order to reap that reward soon, and benefit from it for a longer portion of the game.

The numbers required to complete each quest are actually variable, and depend on several factors. Chief among them is which reward they’ve been paired with, but there are other factors as well, such as which hero you’re playing as. Therefore, they’ll all be listed as “X” here, but you should be aware that if that quest is paired with a weaker reward, the requirements will be smaller, while the opposite is true for a more powerful reward. Here’s the list: 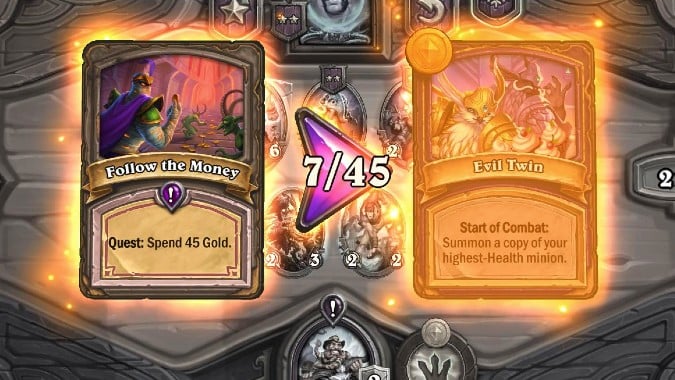 Which rewards are in the game, and what do they do?

This is where it gets complicated. There are 24 different rewards in the game, and some of them have multiple possible outcomes. We’ll start with the simpler ones, which you’ll be dealing with in the majority of your games.

Some rewards are better than others depending on the circumstances, chief among them being which hero you’re playing. But your reward can also give you a direction on how you want to build your board for that game — as much as your hero choice can, or sometimes even more than that. These are the simpler rewards: 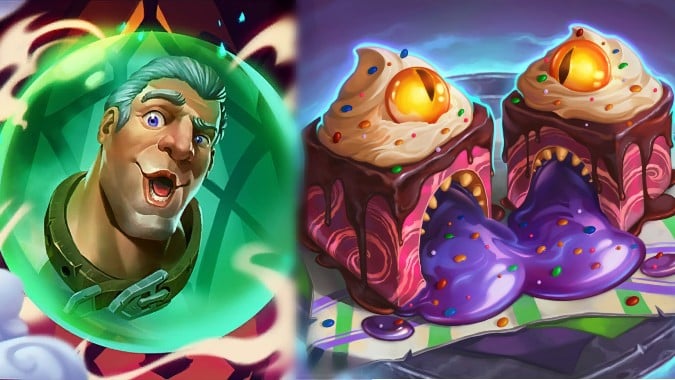 These two rewards deserve a category of their own, since they have completely unpredictable outcomes. (I mean, it’s Khadgar and Yogg; what did you expect?) Here they are:

Wondrous Wisdomball seems to trigger about every 4-5 refreshes. When it does, you’ll get one of several possible effects on that refresh:

As for Yogg-tastic Tasties, you’ll get to spin the Wheel of Yogg-Saron, which has six possible outcomes. Five of them have a 19% chance of occurring:

And then there’s one effect which has a 5% chance of occurring: 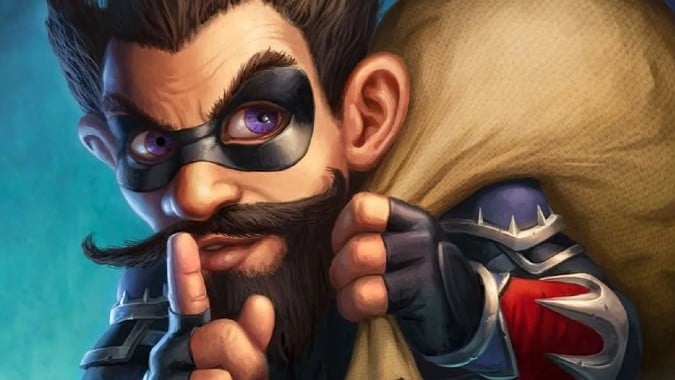 This reward is incredibly rare, since it’ll only become available under a very specific set of conditions. But when it does, every player in the game will be offered it.

The community spent a lot of time trying to figure out how to make this reward appear — or if it even existed — until popular Hearthstone streamer Ninaisnoob was finally able to obtain it after much trial and error. Without further ado, here it is:

That’s right, you get the golden version of your hero’s Buddy to play with. The complex set of criteria for this reward to be offered in a game was explained in a blue post by Community Manager GnomeSayin:

Originally Posted by GnomeSayin (Official Post)
Partner in Crime is only offered in very specific circumstances. Specifically, ALL heroes in the lobby must have a valid Buddy option (that means no heroes that came after Buddies left, like Sire Denathrius or Queen Azshara), and also nobody can be playing as Sir Finley or Elise Starseeker.

If your lobby fits these criteria, there is then a 1% chance of the lobby rolling Partner in Crime. If you do, it will be offered to everyone in the lobby.

Hopefully this guide will serve as a reference for you to know which quests and rewards you can expect to pick, and play your games accordingly. Have fun!