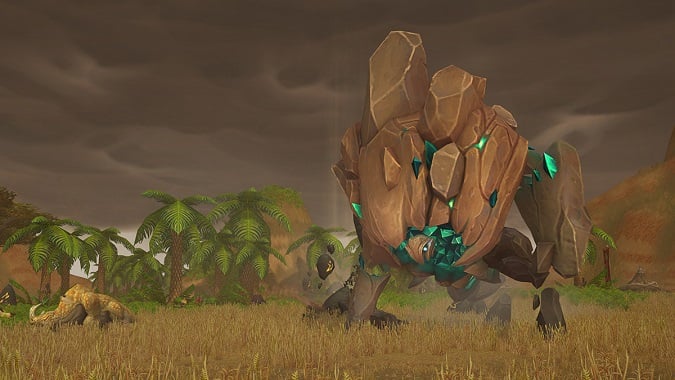 The Primal Storm events are limited-time zone assaults to celebrate the arrival of the second Dragonflight pre-patch — similar to the ones from the Legion pre-patch — and a great way to level your low level toons, and also gear up your level 60 characters as well. Because the events are only live until the arrival of Dragonflight in less than two weeks and some of the rewards are time-limited, let’s look at some of the best ways of getting everything you can before they go away.

There are four zones that can be assaulted: Badlands, Northern Barrens, Un’goro Crater, and Tirisfal Glades (though you’ll need talk to Zidormi and make sure you’re in the version with Brill destroyed). Currently the Storms have been present in every zone except Tirisfal Glades since the event has gone live. This feels like a bug but until acknowledged or fixed there’s no way to know. Every time a Storm spawns it will be one of four elements — fire, water, earth, or air — and which one it is will be indicated on your map with an icon, plus the elemental adds will be appropriate for the type. The Storm lasts just short of three hours before despawning, and then there is a brief ten-to-fifteen interlude before a new one spawns.

When the Storm is up in the zone there will be four areas affected by it. Three of them are just the local wildlife and mobs pumped up to a higher level with additional abilities reflective of the elemental energy they’re absorbing. The fourth area is the main area of the Storm and it’s indicated by all the non-native elemental mobs available to kill. This area is also where the boss will spawn, so it may be a good idea to hang out in this area waiting for the boss. The boss itself respawns on a roughly 30 minute timer, and its presence is indicated by a skull on the map but unfortunately there isn’t a zonewide announcement so if you’re not there you’ll want to keep an eye on your map. 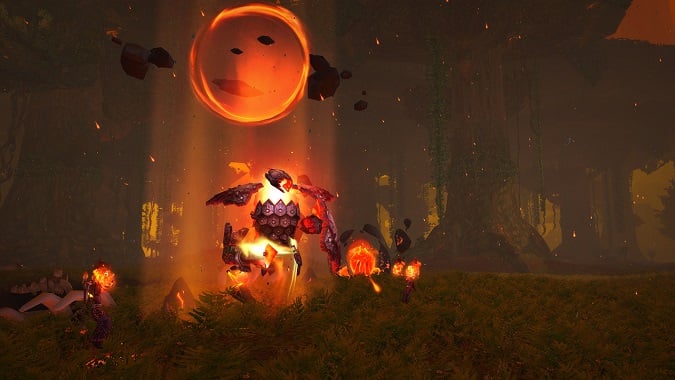 The (Primeval) Essence of the event

The main currency for purchasing the time-limited items is Primeval Essence. You’ll use this currency to purchase the Bag of Furious Winds toy as well as get a head start on Dragonflight crafting by outfitting your characters with the Storm-Battered Reagent Bag. In addition, you’ll be able to purchase ilevel 252 items to help upgrade any slots on your level 60 characters before they head to the Dragon Isles. The Essences are bind-on-account, so you’ll be able to mail extras you have to other toons for acquisition of these items.

Of course, gear is temporary but transmog is forever — especially in this case, as the appearances from the ilevel 252 items are unique to the pre-patch event so you’ll want to get them all. Fortunately, you don’t have to rely solely on Primeval Essence farming to get them, as the items can also drop during the Storms and some of the weapon appearances are also rewarded by the Legacy of Tyr dungeon quest during the pre-patch. Other quests will get Primeval Essence as well; the initial quest from Khadgar to collect motes rewards 30, and after that is completed there’s a daily quest that also rewards 30. Finally there’s a one-time quest that starts with a drop from the boss that rewards 60, so even without farming the Essences you’ll have 120 from the quests on day one.

That said, while you’re out collecting motes you’ll also be getting Essence drops. The mobs in the Storm will sometimes drop one Essence, so just killing mobs is a slow way to build up the currency. The best time to farm is when the boss spawns; the boss itself drops 20-30 upon dying (and this is repeatable all day long), but there are also special lieutenant-style mobs that spawn while the boss’s shield is being depleted. These mobs drop 4-6 Essences and they are infinitely taggable so you don’t need to worry about them “greying out.” These are also the only other source of ilevel 252 item drops besides the boss, so you’ll want to focus on these. When the boss spawns any adds in the area will become unattackable, but after the boss dies they’ll evade reset and can be killed so make sure you don’t leave the area until you’ve cleared all of the big mobs. 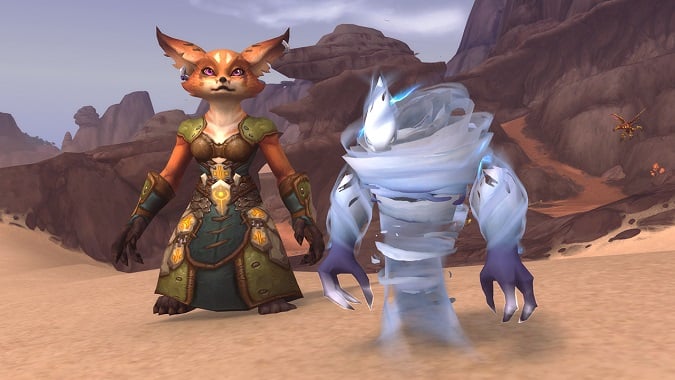 There are a few other items besides what you can acquire with Primeval Essences available only during the event. The easiest one to acquire is the Stormling pet; this is rewarded from the initial quest from Khadgar. It also can be caged to be traded or sold after the event is over, so after you get one for yourself you can hoard additional ones and hope they someday become valuable — or you can sell the extras for 30 gold, it’s your choice.

For achievement hunters, killing each of the four elemental bosses grants the Feat of Strength Against the Elements. It doesn’t reward anything, but at least you’ll have proof you were playing the game at the time. The bosses themselves also each drop a bind-on-account Dimmed Primeval item; combining all four creates a new Heirloom trinket, the Unstable Elemental Confluence. The drop rate on the Dimmed Primeval components appear to be in the 25-40% range, so it may take some effort to get the trinket so keep an eye on which zones are hosting which element so you can target any that you need.