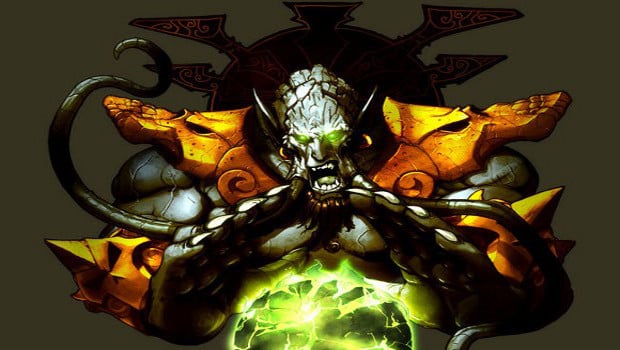 One of the more interesting aspects of patch 6.2 is the Hellfire Citadel raid, and its heavy Burning Legion presence. Indeed, many of the raid’s bosses feel like homages or references to The Burning Crusade, from Gurtogg Bloodboil’s appearance as part of the Hellfire High Council to the end boss, Archimonde. Hellfire Citadel was a big deal in the Burning Crusade, with the Magtheridon raid and three dungeons (Ramparts, Blood Furnace, and Shattered Halls) and seeing it come back as a seeming end-point raid with some big names from TBC seems pretty definitive.

However, there’s still plenty we don’t know about Hellfire Citadel and the lore of patch 6.2. Now, I myself have said that I feel this is the last major content patch of this expansion. But looking at Hellfire Citadel, I do notice certain figures are as yet unmentioned. We’re clearly not fighting Gul’dan or Grommash as bosses, so far as can be determined. (It’s theoretically possible that either or both might show up as a Sinestra/Ra-Den style ‘Mythic Only’ boss.) That has me thinking about what this raid means, what it signifies.

Clearly we’ve moved from an Iron Horde to a Fel Iron Horde — almost every boss in this raid is either composed of fel corrupted orcs or actual demons. One exception is Shadow-Lord Iskar, who players will remember as Shadow-Sage Iskar, part of the Arakkoa Oucasts encountered when we explored the Spires of Arak. If you’ve read Apocrypha by now you’ll note that Iskar goes from the head of the Arakkoa Outcasts to a boss in Hellfire Citadel. You’ll also note that he regains his wings, which were actually cut from his body in Apocrypha, not merely twisted away from him by the Curse of Sethe. There are clearly devices of the Adherents of Rukhmar, the sect that cast Iskar out, used in the Shadow-Lord Iskar encounter as well as Fel-Cursed Priests of Terokk.

What interests me is what this could all mean for future expansions. The first thought is that we could actually get an expansion that doesn’t physically go anywhere. Or at least doesn’t leave Draenor — the inclusion of Shadow-Lord Iskar and so many Legion demons into the Hellfire Citadel raid seems to be saying ‘we may see more of these things later’ to me. The fact that Archimonde is apparently fought behind something called The Black Gate (or perhaps in front of it) has me wondering — do we step through another portal? Or do we deal with what comes through? And do we kill Archimonde, or merely defeat him? (The text of the Black Gate achievement seems to hint that he survives.) All in all, the upcoming raid has me curious about Draenor’s ultimate fate. 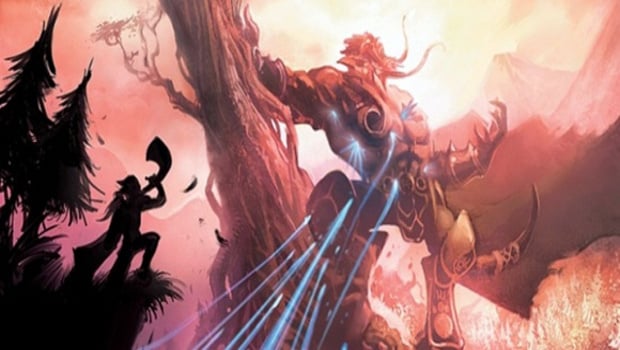 We’ve seen that in many ways this Draenor seems to mirror the one we know today as Outland. Instead of pushing through the Dark Portal and invading another world, invaders from another world came to Draenor. Grommash refused to drink, but as Warchief he was overthrown by Gul’dan, instead of seeing Gul’dan overthrown by a Warchief as we saw in our world. Now the Fel Iron Legion is attempting to summon the Legion in force to Azeroth, and what will the end result be? On Azeroth, the Horde destroyed Stormwind and was utterly victorious after Gul’dan’s Shadow Council was overthrown. On Draenor…

One possibility that comes to mind is that Gul’dan really has no reason to trust or be trusted by the Legion. After all, he failed them — Kil’jaeden in particular can bear Gul’dan little to no love, especially after Archimonde has taken control of operations here. Kil’jaeden had a plan, and Gul’dan failed to hold up his end of the deal – working with Archimonde can’t save him from the Deceiver’s wrath, and I’d bet Gul’dan knows it. So what if Gul’dan’s entire plan in Hellfire Citadel is to paint as big a bull’s eye as he can on Archimonde and the Legion and to leave them holding the bag, while tricking the heroes of the Horde and Alliance into battling Archimonde directly? If Archimonde wins, his enemies are destroyed. If the Horde and Alliance win, then Archimonde may be destroyed, and if he’s not he’ll have someone new to focus his attention on for a while.

But what would that mean? Is Gul’dan planning on escaping Draenor through the Black Gate, while the Legion focuses its ire on the world that would have foiled both Archimonde and Kil’jaeden? Is Draenor going to suffer at the hands of the full force of the Legion, and will we be expected to stop them? Keep in mind, we’re currently thirty years in the past on Draenor. What happens to that world after Hellfire Citadel? The Third War was fourteen years after the Second War and twelve years after the Destruction of Draenor — if we prevent the destruction of this Draenor, will it take the Legion a similar amount of time to reach Draenor and begin another invasion, the way they did to Azeroth? And if Gul’dan attempts to escape via the Black Gate, will both Kil’jaeden and Archimonde find him? What will they do to him? Perhaps a physically shattered but far more malevolent entity will plunge into the Southern Continent, annihilating any trace of the ogre civilization there and raising them as an army of the dead… 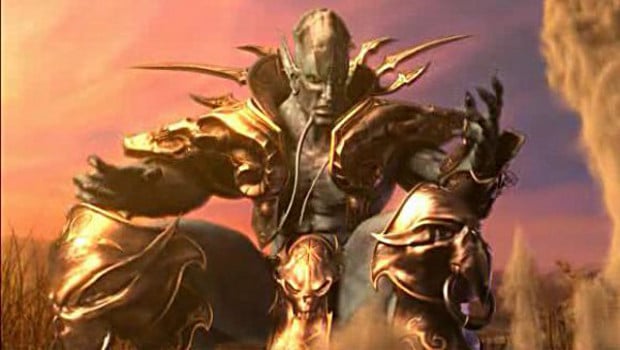 There’s a ridiculous amount of potential here. We could go to hold off the Legion, take the fight directly to them before any of this can happen. We could jump forward in time, to a Draenor some twenty or thirty years after our arrival there: perhaps our garrisons were the seed of a new nation, and in the ‘present day’ of this Draenor there are Horde and Alliance nations founded by our people’s descendants, waiting to reopen communications with Azeroth? And perhaps our arrival coincides with them finally getting the Dark Portal open, only to arrive on an entirely different world than the Azeroth they seek? Perhaps Argus itself?

I’m definitely waiting with all due anticipation for patch 6.2 and the next chapter in this story. I definitely want to know where Gul’dan is taking us.

Blizzard Watch is made possible by people like you.
Please consider supporting our Patreon!
Filed Under: Archimonde, Draenor, Gul’dan, Kil’jaeden, Know Your Lore, Lore, Patch-6.2, The Burning Legion, World Of Warcraft Lore
Advertisement