San Diego Comic-Con is just kicking off, but even though the Legendary panel — where we expect to see the Warcraft movie trailer — isn’t until Saturday, we’re already hearing a lot about the film. On the show floor, Legendary and Weta Workshop have a lavish setup with a show of armor and props from the film as well as larger-than-life sculptures of King Llane and Orgrim Doomhammer, which give us a good idea of the style we can expect in the finished product — which is very much in line of the art style of the game and Blizzard’s recent cinematics. 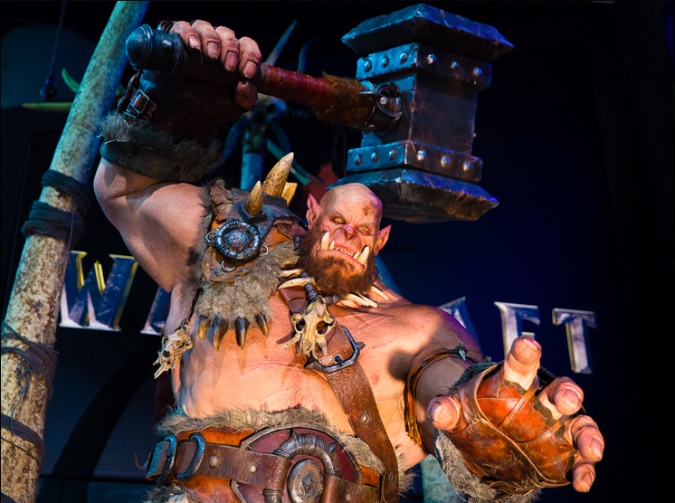 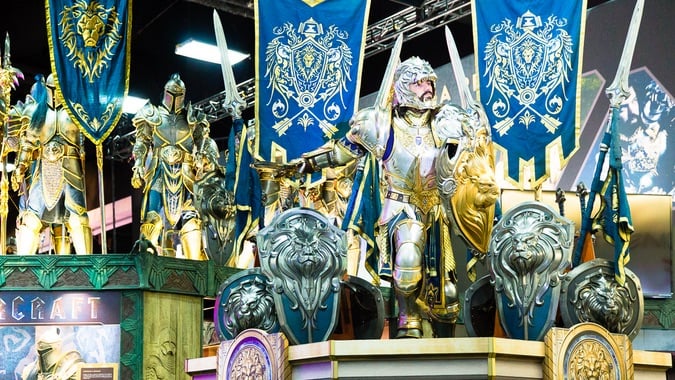 Director Duncan Jones has been on the show floor, too, telling io9 that the film was nearly complete: “We have pretty much a finished movie. I have 10 VFX shots, under 10 VFX shots, which are being finished off right now. They need to be dropped into the movie, but we’re kind of done.” With the film so close to completion, we definitely have a good feeling about seeing a trailer this weekend.

But Jones went beyond talking just this movie and speculated about the future. “Chris Metzen from Blizzard and I have a very good idea of… what story we could tell in three films.” We’ve still got a long time to wait for even the first movie, but in the meantime let’s all keep our fingers crossed that it works out well enough that we get to see the sequels Jones and Metzen are already cooking up. You can see the full video of io9’s interview below, as well as some more shots from the show floor.

Huge @Warcraft presence on the floor to kick off #SDCC pic.twitter.com/pgFQtQAvKR