Know Your Lore: What does WoW’s next expansion hold? 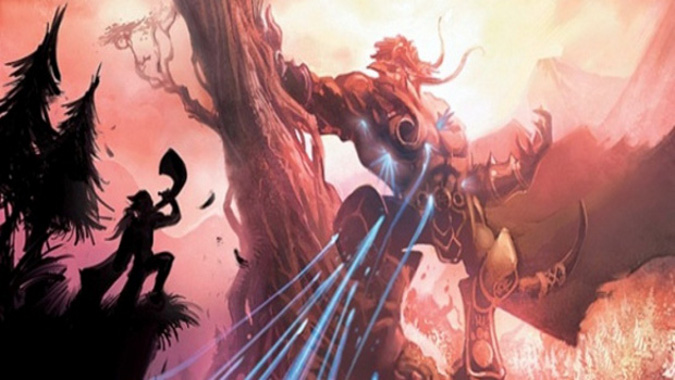 Looking at the past few expansions, a pattern emerges. At the end of Wrath of the Lich King, we got a special patch that gave us the Ruby Sanctum, a raid featuring a twilight dragon named Halion and hints of the return of Deathwing — these hints ended up playing out in Cataclysm. The elemental unrest patch pointed us in that direction as well. Then we actually found ourselves embroiled in Deathwing’s plans for Azeroth and the elemental planes, managing to halt the great destroyer. Almost lost at the end of all this was the destruction of Theramore — an event that pointed to stronger Horde/Alliance conflicts in the future. And indeed, while Mists of Pandaria took place on a long lost continent and allowed us to explore new peoples and places, the conflict between the Horde and the Alliance featured heavily.

One could make the argument that this conflict mutated to a degree, as the Horde civil war seems today to be a means to allow Horde players to experience the same raid content as the Alliance. But it’s clear that by the end of Mists of Pandaria we’d seen the Horde split, with a faction loyal to Garrosh Hellscream opposed to one led by Vol’jin and Baine Bloodhoof. Siege of Orgrimmar itself seems like a prediction of what we’d see in Warlords of Draenor, with the Iron Horde of this expansion being an almost note perfect copy of the True Horde of Siege.

Of course, patch 6.1’s legendary cinematic hints that the Iron Horde would deviate from the True Horde. Garrosh loathed and feared Warlock magic. He went so far as to have the Warlocks of Orgrimmar executed. On Draenor, Grom would wish he’d taken that step.

The new Iron Horde under Gul’dan is similar to the Old Horde, yet a deviation from the classic Warcraft story as well. This Gul’dan leads the Horde directly, he doesn’t have a subordinate who is the defacto leader. Kilrogg leads the Bleeding Hollow, but no one is misled — the Iron Horde now serves Gul’dan and Gul’dan alone. And yet, does this serve as yet another hint moving forward? If Patch 6.2 is the final story patch of Warlords, is it also serving the same purpose as previous expansions, telling us what to expect in the future? And if so, what is it telling us?

How green is our future?

I found myself thinking about this the first time I set foot in Hellfire Citadel. Much like Siege, it’s a bit of a hodge-podge — Siege actually started with four bosses in the Vale of Eternal Sorrow before actually moving to Orgrimmar, and even once we were in the capital city of the Horde itself fights ran the gamut from sha-empowered orcs to a treasure trove of Pandaria’s secret lore to a gigantic Zandalari dinosaur. HFC likewise has fights that recapture the whole expansion, from Kormrok to Gorefiend to Shadow-Lord Iskar, and deliberate touches, such as Khadgar’s request that players save the skull of Gul’dan, that hint at what may be coming while also calling back to what has happened in the past. Likewise, the achievement Time is a Flat Circle hints at the somewhat recursive nature of the last raid of Warlords. Our battle against Archimonde and the Legion is reminiscent of one we waged before. Paradoxically, both times we’ve fought Archimonde, we’ve done so in our ‘past’ — we are on a Draenor some thirty or so years ago, and previously, we fought Archimonde while using the Caverns of Time to travel back to the Battle of Mount Hyjal from Warcraft 3.

This means that we’ve never actually fought Archimonde in our own time.

One possibility suggests itself. I don’t have anything to support it aside from hope, but that hope is strong, and so let’s examine what we might get in the future. We see, as we go deeper into Hellfire Citadel, that the orcs and native creatures of Draenor are replaced by demons and fel-corrupted monstrosities, culminating in the defeats of Mannoroth and Archimonde. If the pattern holds, we’re looking at a suggestion of what is to come, but remember, Mists of Pandaria showed us that it doesn’t have to be as literal as all that.

Assume for a moment that our ultimate antagonist is to be the Legion. Does that mean a Legion invasion of Azeroth? This seems unlikely, because the entire point of the Archimonde fight in HFC is that we just stopped a Legion invasion of Azeroth. Gul’dan intended to use his Black Gate to not only summon Archimonde to Draenor, but to send the forces of the Legion through to Azeroth, to crush ‘the last light’ as Archimonde put it. What did he mean? 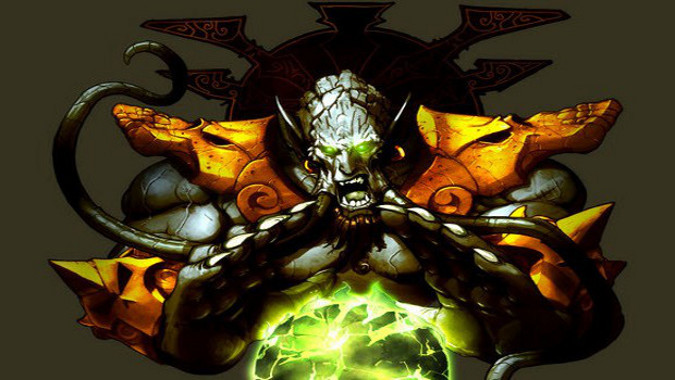 The Fall of the Last Light

We know that Velen believes the final battle between good and evil will take place on Azeroth, that it is unique in the cosmos. During Mists of Pandaria we see Wrathion consume the Heart of the Thunder King (brimming with power stolen from Ra-Den, a titanic watcher) and he utters the following words:

“Oh, I see them — a million, million worlds — glittering in their perfection — but one above all others.“

We also know that Sargeras was uniquely drawn to Azeroth, and sought the power of the Well of Eternity — the same power that Archimonde himself attempted to tap into with his assault on Mount Hyjal. That power still exists on Azeroth, in at least one place: the Well of Eternity underneath the roots of Nordrassil in Hyjal today. But that might not be the only such font of arcane power. The Sunwell, for example, was created by Highborne night elves fleeing their own people attempting to preserve the magic of their old ways, and was reignited with the very essence of a Naaru. The waters of the Vale of Eternal Blossoms look nearly identical to those of the Well, a remnant perhaps of the original Well destroyed in the ancient Sundering.

Is it this power that Archimonde refers to when he states his desire to crush the last light? Is Azeroth the last world, or perhaps the only world, to host such power? Having failed to directly invade Azeroth, could the next expansion be instead about slow infiltration, about ancient and terrible alliances that nearly tore the world apart? At present we’re just speculating, but it’s certainly one possibility.

But perhaps not the only one.

The Rise of the Light’s Army

Because let’s look at a few common threads. Players are tired of the Horde/Alliance conflict.

Players have expressed a lack of interest in orcs and orc storytelling.

We’ve fought of the Legion for the second time.

One possibility is that instead of dealing with Legion infiltration of Azeroth, we’ll instead see our characters take the first step into the greater universe, beyond the boundaries of worlds such as Draenor or Azeroth. We could be standing at the very threshold of the first foundation of the Army of Light — and our mission might be to scout the darkness between worlds and discover the true meaning of Archimonde’s words. Are we the last? Do any other pockets of resistance to the Legion yet exist, waiting for us to come aid them, to ignite a war of cleansing fire against evil? Is this the start of our burning crusade, one of righteousness against the malign and corrupt?

Perhaps. And perhaps not. It seems likely the Legion is in our future, but will they be coming to us, or will we at last take the war to them?

Blizzard Watch is made possible by people like you.
Please consider supporting our Patreon!
Filed Under: Archimonde, Azeroth, Demons, Draenor, Gul’dan, Hellfire Citadel, Patch-6.2, The Burning Legion, The Well Of Eternity, Vale Of Eternal Blossoms
Advertisement