Breakfast Topic: What new name would you give your spec? 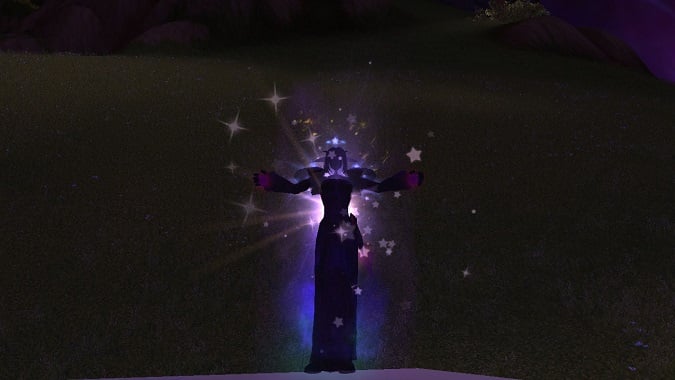 In recent news out of DragonCon, Jonathan LeCraft informed players that some specs in the game will be getting renamed. Unfortunately, the “what to what?” question that inevitably followed wasn’t given any sort of answer. And while our own Matthew Rossi gave us some suggestions recently, I’m still curious what you all think of a possible rename for your spec of choice.

Personally, I agree with Mr. Rossi in that any specs in the game which share a name (Protection, Restoration, Frost) should be changed. Beyond that, though, it becomes a little more unclear. Part of that is because we don’t entirely know how classes will change — a new name might seem more fitting if the spec overhauls are as big as they sound — but part of that is also because it’s hard to say how much importance Blizzard places in class identity.

If Combat Rogues suddenly becomes the “pirate” half of Blizzard’s pirates-and-ninjas approach, would a “Swashbuckler” spec be embraced or would die-hard Combat Rogues start a formal petition to keep it “Combat”? What about other classes? I know some people out there who are rooting for a Sparkle Priest spec but even if Shadow suddenly started spewing sparkles (albeit, very evil ones), I think I’d still hate to have the spec called anything but “Shadow.”

How about you, though? Do you have a new name in mind for your spec or would you prefer to keep your spec’s name, even if it plays differently come Legion?

Blizzard Watch is made possible by people like you.
Please consider supporting our Patreon!
Filed Under: DragonCon, Legion, Sparkle Priest, Spec Renamed
Advertisement