Breakfast Topic: Can I get that Class Hall now? 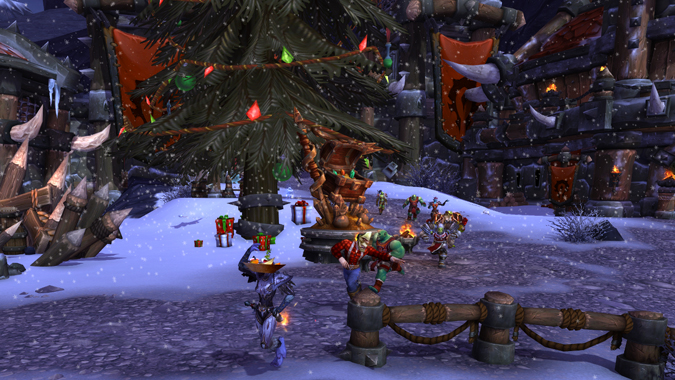 I was having a grand time yesterday doing my usual set of garrison errands and jumped into an impromptu conga line courtesy of the recently discovered and ridiculously entertaining Mesmerizing Fruit Hat, when I came to the sudden realization that my rollicking good time was being had with…a bunch of NPCs. I miss people. I miss seeing people, I miss playing with people, I miss enteracting with people, and I suppose if I wanted to I could just re-locate myself to Ashran but I don’t think that would really address the problem: Garrisons are so ridiculously handy that people rarely leave them. Tanaan addressed this a little, but it wasn’t quite what I was looking for — a hub that every player can immediately call home. Class Halls, on the other hand, look like they’re going to fill that niche in a really cool way.

To date, my favorite hub cities have been Shattrath City and Dalaran — specifically because I wasn’t just foisted off to my own capital city, and I wasn’t automatically stuck in an area with members of my own faction. Instead, I saw both Alliance and Horde in huge numbers, and got acquainted with the regular faces of the server on a daily basis. Both cities felt alive in a way that hasn’t really been matched since — sure, the Shrines in Pandaria were nice, but I never really saw Alliance at all. Thematically this made sense, but socially…it felt a little isolated, in a way. You can’t talk to the other faction in WoW, but there was something about just having the presence of other players that made Shattrath and Dalaran feel inviting.

Class Halls are shaping up to be a different kind of animal. You’ll see Alliance and Horde in equal measure, but the people you see will all immediately have something in common with you. I really like that idea in theory, and since Class Halls won’t have banks or auction houses, players will probably congregate in Dalaran, too. No matter where I go, I’ll have people around me — and they’ll be other players instead of dancing NPCs. Are you guys looking forward to Class Halls? Are you glad we’re leaving Draenor behind? What’s your ideal expansion hub? Is it a sprawling city like Shattrath, something a little cozier like Dalaran, or do you prefer it when the factions are kept separate?