Do you feel group anxiety? 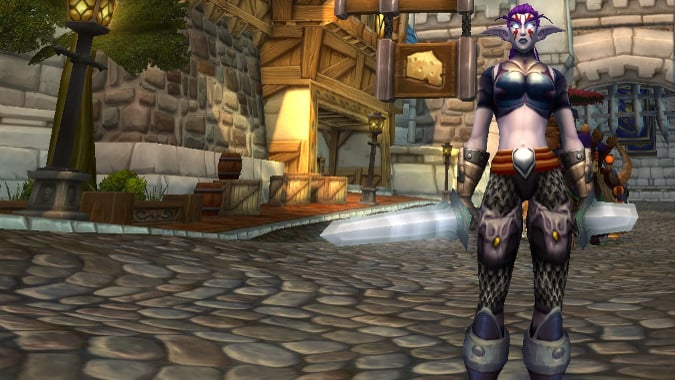 Unless I’m rolling with friends, people I know, I’ve gotten to the point where I simply can’t group with other players.

Part of it is my disability — I can’t see out of my right eye and there’s a big blind spot in my left — and how it hampers my performance. It’s hard for me to avoid certain mechanics, because I simply can’t see them coming. Likewise, my keybindings are shot to hell and I need to rebind them. But ultimately, a lot of it comes down to how strangers invariably act in WoW.

Let me be utterly honest. The vast majority of people I’ve grouped with in Legion have been fine. ranging from polite and helpful to neutral. But every single group has had at least one person who was at least unpleasant if not outright asinine, and when you combine that with mechanics I can’t see properly to avoid them it’s just stressful for me. Too stressful for me to want to do it.

For me, guild groups and world quests are a godsend. I much prefer doing a small scale raid with 10 or so people I already know, or know people who know them, to trying LFR even if I would likely get more gear that way. I haven’t set foot in Mythics yet despite everyone saying ‘oh, you can just use the group finder’ because of several bad experiences in Heroics — if Heroic dungeons bring out this level of jerks, I’ll wait until the leveling stream people are all level 110 and ready to run a few Mythics before I set foot in them.

I don’t know if it’s because I’m more thin-skinned than I used to be or if people have gotten worse. But I can’t do it. I get tense just thinking about PUG groups nowadays. So I ask — have you been doing group content with strangers? How’s it been going?