I fully expect Odyn to be a raid boss at some point in the future. Maybe even the big bad of an expansion. Odyn’s history as chief general of the titan-forged armies places him at the center of the Old Gods’ defeat. This means they owe him a special revenge. The Old Gods are willing to spend time and effort corrupting the Keepers. We’ve seen this with Yogg-Saron and Loken. The Titans haven’t spoken to the Keepers in millennia. Each Keeper has had the time to go off the rails in her or his own way. I don’t have a lot of confidence that Odyn can resist, especially not when he’s spent the past millennia locked away in the Halls of Valor.

Odyn opened himself up to corruption and madness when he ripped out his own eye and offered it to a spirit from the Shadowlands. This was in order to learn to see into the land of the dead and make his Val’kyr. But this blasphemous bargain was so offensive to Helya that she rebelled. This was the same Helya who helped create the Elemental Planes to imprison the elementals. The same Helya who willingly obeyed Odyn, her foster father, when he insisted she help lift the Halls of Valor into the sky. The same Helya who even helped Odyn summon a being from the Shadowlands in the first place. 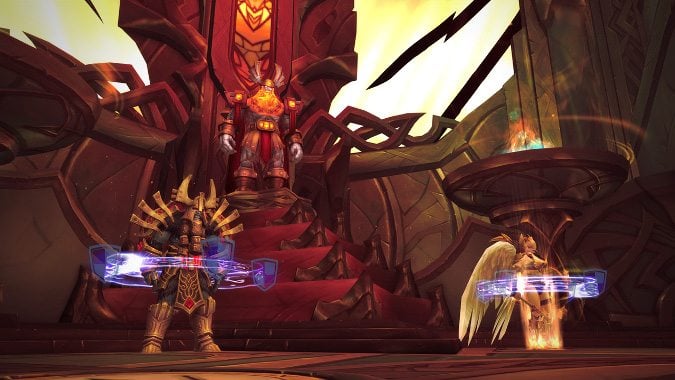 The titan-forged were created when Aggramar discovered the dreaming world of Azeroth and its infestation by the Old Gods. The Pantheon decided to intervene in an attempt to save the nascent Titan within the world. But the task was a difficult one — in their full manifestation, Titans are impossibly vast creatures.  Enormous enough that it was entirely possible they’d injure the World Soul in the process of saving it.

Aggramar and Eonar hit upon the idea to use an army of servitors shaped by the Titans. They went to Khaz’goroth, who created two kinds of titan-forged. The Aesir were shaped from metal, and given dominion over the air and storms. The Vanir were crafted from stone, and empowered by the earth. The Pantheon chose specific members of this vast host and empowered them further, creating the Keepers. Generals and war-leaders for the titan-forged host that would serve as the Titans’ instruments on Azeroth.

Odyn was one of these Keepers. As an Aesir, he was empowered by Aman’Thul. When the titan-forged first arrived on Azeroth they battled the Elemental Lords. These mighty elemental beings had been subjugated and yoked by the Old Gods. They formed a first line of defense for the decrepit and insane Black Empire. Odyn battled Ragnaros the Firelord alongside Tyr. During the battle, Odyn received the maiming which now manifests as a beard of molten metal. 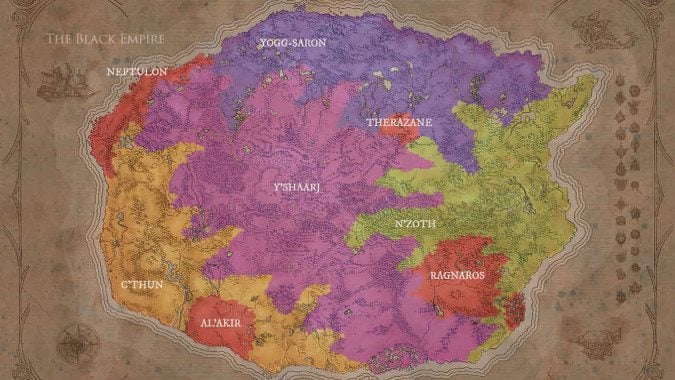 How Odyn succeeded and failed

Odyn was a great leader for the titan-forged when the task was simple and the enemy clearly defined. He led them through their war with the Elemental Lords and then the Old Gods. He witnessed Aman’Thul’s destruction of Y’Shaarj. Odyn was also part of the army dedicated to the imprisoning of the other Old Gods. When the Black Empire was thrown down and the Old Gods chained away, Odyn was entrusted by the Titans with the title of Prime Designate. It was a reward for his loyal and faithful service. Whatever our view of him now, it must be remembered that Odyn earned his position. Odyn beat the Black Empire, and saved the world. {PB}

As Prime Designate, it was Odyn’s task to maintain the prison of Yogg-Saron. He also kept watch over the Forge of Wills, one-half of the colossal engine system built to help stabilize Azeroth and form it into a world where the Titan within it could mature safely. The wound inflicted by Aman’Thul — the Well of Eternity — was shaped, its power fed back into the World-Soul. For thousands of years the titan-forged worked to maintain Azeroth’s balance.

But as time passed, it became clear that Odyn didn’t know how to lead the Keepers when they weren’t engaged in a struggle for the fate of a Titan’s soul. He knew how to crush his enemies, but not how to rally his allies. Nor did he know how to go about safeguarding the world as it recovered. The other Keepers like Ra and Mimiron shaped the world while Odyn sat in Ulduar in his Halls of Valor, reliving past glories. An excellent general, he was a disinterested administrator. When his former ally Tyr came to the others with the idea of creating the Dragon Aspects, Odyn was shocked. 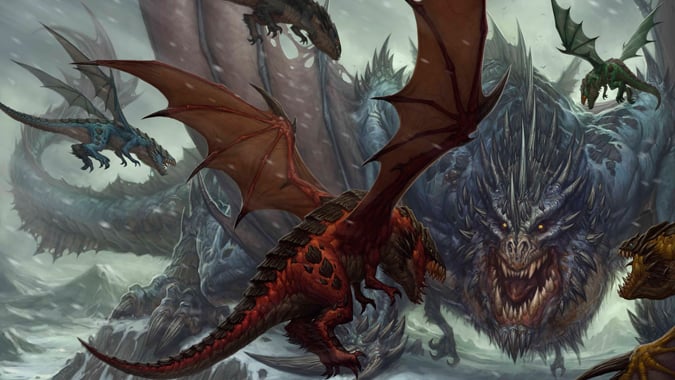 It’s fair to point out that Galakrond may have been caused by Tyr’s interference. There’s some evidence that the massive proto-dragon was mutating wildly due to attempts to force it to become something along the lines of a true dragon. But one thing is clear — the creature was a menace to Azeroth, and the entire plan to protect the World-Soul. Odyn and the other Keepers were too disconnected from the lives of the creatures native to the planet to understand what was happening.

Odyn was incensed by Tyr’s plan to create the Dragon Aspects. Was it because he felt his authority as Prime Designate was being usurped? His rivalry with Tyr was so great that he willingly allowed himself to be permanently scarred just to strike the killing blow on Ragnaros. Or was it simply a disdain for beings not directly created by the Titans? Whatever it was, the refusal to listen to Tyr’s plan did not stop the Keeper from presenting it to the others. To Odyn’s shock and dismay, they approved it over his objections. Odyn watched as the others, even Highkeeper Ra, used their connection to the Titans to empower the Aspects.

Angered at their decision, Odyn turned from the Keepers. He was Prime Designate, but they would not follow him. Therefore, he would not deign to lead them. But he knew in his heart that mortal creatures could not be trusted in the struggle to preserve Azeroth. They were too vulnerable to the corrupting whispers of the Old Gods. With a plan in mind, he turned to his foster daughter Helya and demanded her aid. With her assistance, Odyn could create a true bulwark to defend Azeroth once the Aspects finally failed. 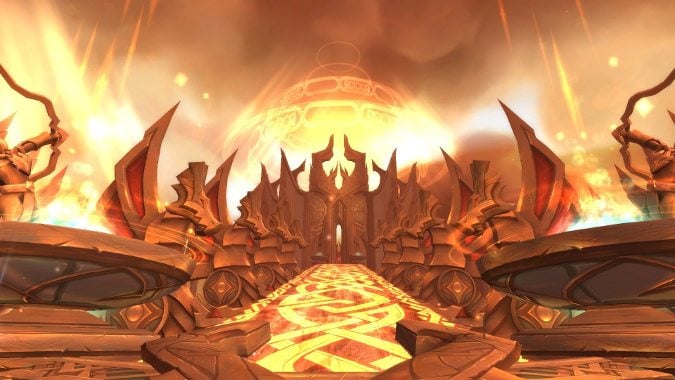 The Halls of Valor rise

Helya was at that time a dutiful ‘daughter’ to Odyn. His Halls of Valor were one of three sub-sections of Ulduar, along with the Halls of Stone and Halls of Lightning. Using the same magic that she’d used to aid Ra in his creation of the Elemental Planes, Helya lifted the Halls of Valor up out of the rock surrounding Ulduar and into the heavens. She essentially created another plane of existence for the Halls to sit within.

This was the first stage in Odyn’s plan — he now had a base of operations wholly independent from Ulduar or the Forge of Wills. His next step was to come up with defenders more suitable than dragons. And he knew he didn’t trust native Azerothian life over his own titan-forged. But how to ensure an army of titan-forged that wouldn’t fail him as the Keepers had? If even brave Tyr couldn’t be trusted, who could be? Odyn longed for the days of the war against the Black Empire, when legions of titan-forged had fought and even died for him. Loyal even past their own deaths.

And then it occurred to him. What he needed was an army that neither feared death nor could be made to waver in their loyalty to him, and he already had such an army once. The countless titan-forged that died to liberate Azeroth from the Old Gods. All he needed was to find a way to breach death itself. Next week, the madness of Odyn and the future of Azeroth.