I think the first computer game I ever played was a Gold Box Dungeons and Dragons adventure, if we’re not counting text adventure games, none of which I remember. But the old SSI Pool of Radiance game, that I remember. I played the heck out of that game and its several sequels, importing my party of D&D characters with weird names like Andak and Tricky and essentially experiencing a kind of campaign with them, and it wasn’t until over ten years later when Baldur’s Gate was released that I found anything that held my attention like those games did. If anything, the Bioware/Black Isle games using the Infinity Engine actually surpassed those old Gold Box games and I played them all — Baldur’s Gate, Baldur’s Gate 2, Icewind Dale, Icewind Dale 2, and Planescape Torment were all favorites of mine.

Recently there have been a wave of newer games that hearken back to those days. I haven’t played all of them yet, but I have tried out a few and generally liked them — I felt like Pillars of Eternity was a very good game indeed, and Torment: Tides of Numenera comes about as close to being a successful spiritual successor to Planescape Torment as Bioshock managed with System Shock. But for all of them, I think I like Pathfinder Kingmaker the most for what it doesn’t do — it’s not trying to do anything wildly original or to stand out from other isometric RPG’s out there. Indeed, it is deeply, wholly comfortable with being very clearly cut from the exact same cloth as games like the old Infinity Engine games. It feels, in a way, to be the Pathfinder equivalent of those old Gold Box games, with the extended 80 or so hour long campaign (I would not be surprised if it took twice that to get all the side quests) adding in a nation building mechanic that adds an almost Civilization feel to the game. 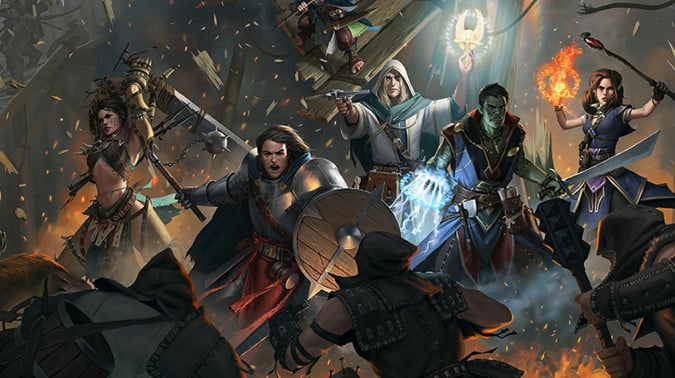 Both worlds at once

This is a game that manages to be modern and new while also playing and feeling like something that could have come out in the heyday of the isometric action RPG, with the option to choose between real time and turn based combat, a party of adventurers to collect and use both in fighting monsters and helping advise and run your new kingdom, and a very crunchy, granular feel to the gameplay. The game uses the Pathfinder setting and ruleset, so if you played any D&D in your life, you’ll be fairly familiar with the basic tropes — sword and sorcery adventure that’s absolutely unashamed of its roots. You start play as an adventurer who is given a dangerous task, but the reward for completing the task is your own Barony to run and rule over. Instead of that being the end of the story, you get the Barony within the first few hours of gameplay — then spend the rest of the game being a Baron and dealing with all the complications that causes.

Character creation and customization is as robust as you’d expect for a game set in the Pathfinder ruleset — as a refinement and improvement of the D&D 3.5 rules, it has all sorts of options in terms of feats and classes you can choose. If I had a complaint, it’s that the game can feel extremely dense with perhaps too many options for a new player, can be punishingly difficult at higher difficulty settings and does extremely little to explain things for someone who isn’t familiar with the conventions of the genre. It’s fair to say that Kingmaker does not hold the player’s hand and often you’ll be left to scour the world map, trying to figure out where to go next. 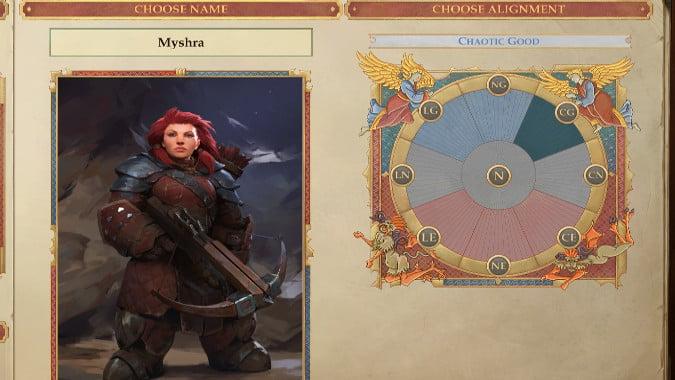 Goes beyond the usual end

It’s rare that a game deals with the question of what happens after you get your reward and much more rare that it’s done well, but Kingmaker does it — the game is based on the original pen and paper Adventure Path and if it lacks the pure flexibility of the inspiration, it does an excellent job of getting about as close as a CRPG can really get to pen and paper play. I’ve rarely felt so much like they finally found a way to get me to like 4x style gameplay — all they had to do was put a pure RPG ala Icewind Dale around it like a candy shell.

Consider this a positive review. Pathfinder Kingmaker would definitely be in my top ten games of 2018, and would most certainly crack the top five. I admit that my nostalgia for an older time has colored my reception, but if you too have fond memories of playing those old school games, give this one a shot — Owlcat Games has done excellent work here.