Everything you need to know about Mage portals in WoW Classic 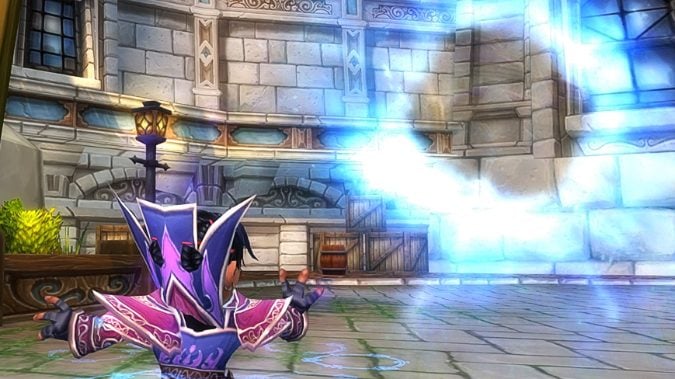 In a game where you’re tethered to the ground for travel, and a majority of that on foot, Mage portals add a bit of convenience. Here we go over everything Mages need to know about learning Teleports and Portals in WoW Classic, and what you can do when requesting a Portal from a Mage.

When can Mages train portal spells?

No matter what faction you are, each Mage gets a Teleport or Portal spell every 10 levels starting at level 20. Teleports — which only transport the Mage — cost 20 silver to train, while Portals — which can transport many people — are more costly at 1 gold 50 silver. 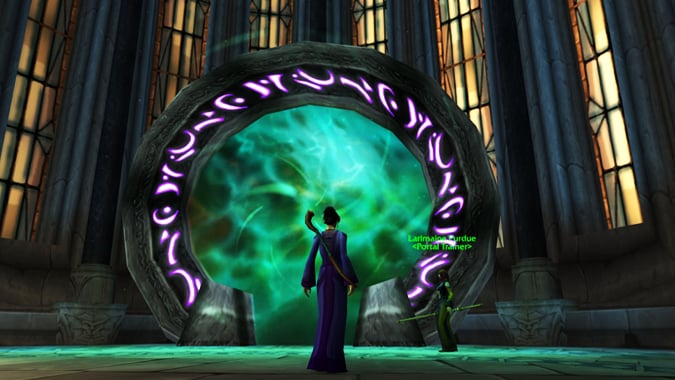 Where do Mages train their spells?

In Classic, you have to discover the city before you can learn to teleport yourself or port a group there. That means wandering across continents — on foot, if you’re trying to learn Teleport as soon as you can — and making your way to the Portal Trainer in each city. Portal Trainers are generally located near the Mage Trainers. If you aren’t sure how to get from Kalimdor to Eastern Kingdoms, or the other way around, we have the guide for doing just that. Luckily for Mages, you get your personal Teleport spells before the Portal spells. After you get Teleport, you can simply port yourself there to learn Portals, or save the trip to learn both at once when you’re higher level.

Many buff spells in Classic cost reagents, and portals are no different. Mages need two different reagents for portal spells: one for personal Teleport and one for group Portals. The reagents are consumed upon use, and you have to buy new runes from reagents vendors around Azeroth for every cast (we recommend carrying a stack for convenience, if you have the cash). Any class can buy these, and it’s a courtesy to pre-purchase a Rune of Portals if you’ll be asking for a portal from a Mage.

Since Portals cost reagents, it’s common courtesy to tip Mages both for their reagent cost and their time. You can get on a Mage’s good side by giving them a Rune of Portals when you ask for a portal — it’s helpful so that they don’t have to run out and buy more — but don’t expect that to be enough. With how long it takes to level in Classic, and Mages will often be in groups either leveling or waiting for a dungeon, it’s polite to still tip your Mage for their time or needing to leave the group.

Tip amounts vary depending on the server and they’re likely to stay on the low end while everyone is leveling — probably in the tens of silver. However, an accepted amount back during actual vanilla WoW was at least 1 gold, or 5-10 gold later into the game’s life.

If you’re savvy, your Mage can make a decent income off of Portal offerings. If you tip well, Mages will love you forever.