Calia Menethil is a major lore figure in Warcraft, and she featured heavily Before the Storm, the novel that served as a bridge between the end of Legion and the beginning of Battle for Azeroth. But until patch 8.2.5, we hadn’t seen much of Calia, so you could be forgiven for forgetting exactly who she is and what her role in the current game has been.

So who is Calia Menethil? 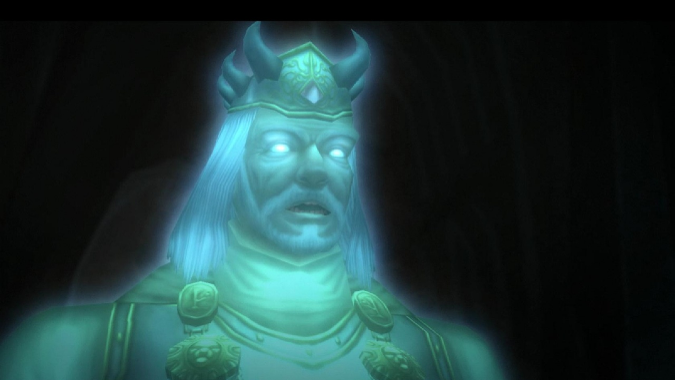 To make it short, Calia Menethil is the eldest child of Terenas and Lianne Menethil, the last reigning King and Queen of Lordaeron. She was Arthas’ older sister, and when Deathwing sought to create a cover identity as Lord Daval Prestor and manipulate the Human kingdoms of the Alliance to his benefit under that guise, it was Calia’s hand in marriage he sought, going so far as to use his magic to bend Terenas to his will and cause the King to tell Calia that she would be married to Daval Prestor no matter what she felt about the match.

As a result of her father suddenly forcing her into an arranged marriage and her shock and betrayal, even after Daval Prestor vanished and the betrothal was essentially called off, relations between Calia and her father remained cool. It was around this time that Calia met and fell in love with a simple footman in Lordaeron’s army, and started a relationship, going so far as to slip off in the night and finding a priest to marry them. After she became pregnant, she confided what she’d done to her mother Lianne, who proceeded to cover everything up. Lianne promised that after Arthas married and officially became heir, Calia’s child would be recognized and her husband elevated to a status befitting the spouse of a daughter of a king.

Instead, Arthas led the Scourge to kill his father and destroy Lordaeron. Calia was separated from her family, forced to hide in a filthy trench for days to avoid being consumed by ghouls. Eventually she managed to escape south to Southshore, where she reunited with her family and lived, no longer a part of the royal family, simply a wife and mother trying to escape the knowledge of what her brother had done. 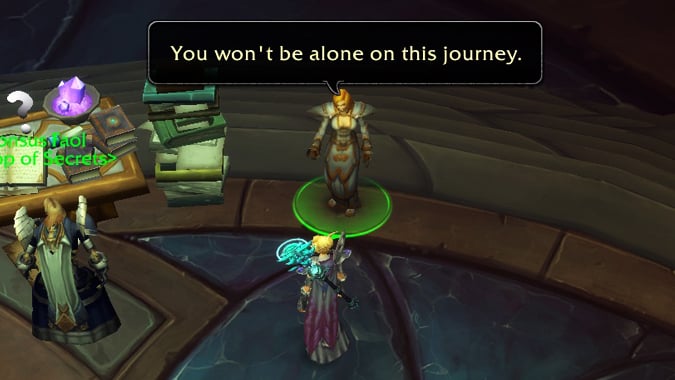 A second loss, a chance meeting

But her happy life in Southshore was doomed — even there, undead found her and her family and drove them from their refuge. Again separated from them, she would never know their ultimate fate — she last saw them as they fled from Southshore ahead of the undead and to this day does not know what happened to them, but presumes they were killed. In shock and horror, once again running and hiding for her life, it seemed that the last of the Menethil line would die as so many of Lordaeron had — as her own mother and father had, slain by the nightmare Arthas had unleashed.

However, Calia instead met Alonsus Faol, the former Archbishop of Stormwind, now an Undead himself. Unlike the monsters that had twice destroyed her life and possibly slain all her family, Faol still had his free will, and with his powerful mastery of the Holy Light he was able to protect the younger woman and teach her what he’d learned of the differences between those who were mindless thralls to the Scourge and the Lich King and those that were, in their own words, Forsaken. In time, under his wing, Calia herself became a devotee of the Holy Light — while what she’d lost never left her, she sought in some small way to reconnect to the people of Lordaeron.

Calia served Alonsus and the High Priest — you, if you played a Priest in Legion — as part of the Conclave during the Legion Invasion and the Argus Campaign. Afterwards, she met King Anduin Wrynn at the Netherlight Temple that served as the Conclave’s headquarters and assisted him and Alonsus Faol in the attempt to bridge the gap between the Humans of Stormwind and their former relatives and friends who were now Forsaken in the Undercity.

However, Sylvanas Windrunner didn’t take the attempt by those of her people who sought reunion kindly, and when Calia revealed herself to some of the Desolate Council and sought to help them defect to Stormwind, took the opportunity to strike at her own people and at Calia for attempting an usurpation. Anduin was forced to stand by helplessly as Sylvanas killed Calia, taking a small measure of vengeance on the Priestess for her brother’s crimes.

Returning with Calia’s body to the Netherlight Temple, Anduin was shocked to find himself, along with Alonsus Faol and the Naaru Saa’ra using the power of the Light itself to return Calia from death. But rather than raising her, they found her transformed — now an undead being suffused with the Holy Light itself, a new form of undead unlike anything seen before. Calia viewed her new state as a means by which she could come to understand the Forsaken, who she viewed as her people since most of them were the formerly living residents of Lordaeron. 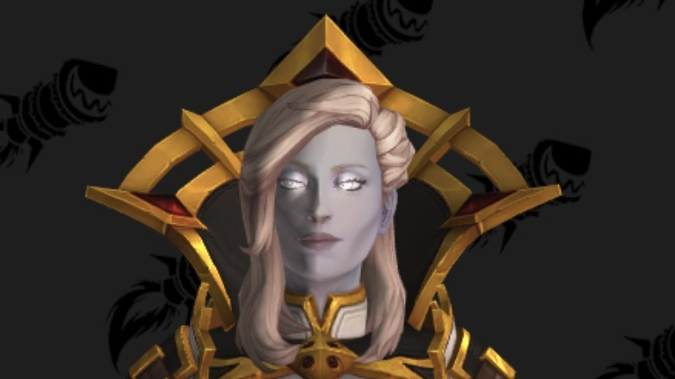 What the future holds

Calia only got a brief appearance in patch 8.2.5 at the very end of the Alliance War Campaign — a tiny epilogue that hints that Calia may play a larger role moving forward. While you’ve been off fighting Slyvanas, Calia has been helping  Derek Proudmoore find some peace after rising from the dead. Jaina, Calia, and Derek have a short dialog:


Patch 8.2.5 leaves Calia’s future in question… but she’s certainly not going away. Now we have to wait for patch 8.3 to see what’s next for Calia Menethil.