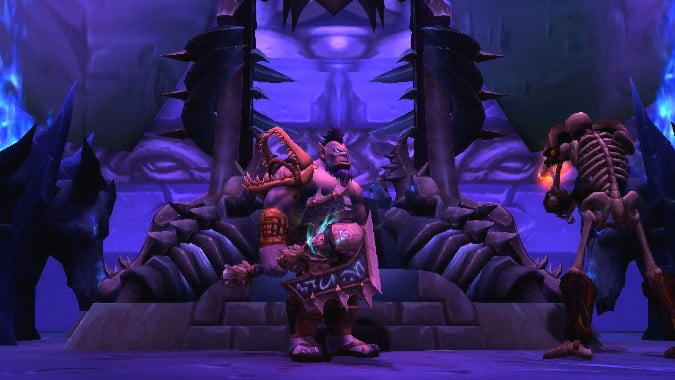 As you certainly know by now, being the well-informed reader that you are, Shadowlands, the next World of Warcraft expansion, is in alpha. That means it’s that very exciting period where we keep our eyes peeled for changes to our favorite classes, like the addition of five brand new runes that Death Knights will be able to Runeforge into their weapons.

Fear not: the three current runes (Fallen Crusader, Razorice, and Stonekin Gargoyle) still exist, as of this moment. But these additions bring the rune total to eight — and that could make players have to choose again, which is always a good thing. 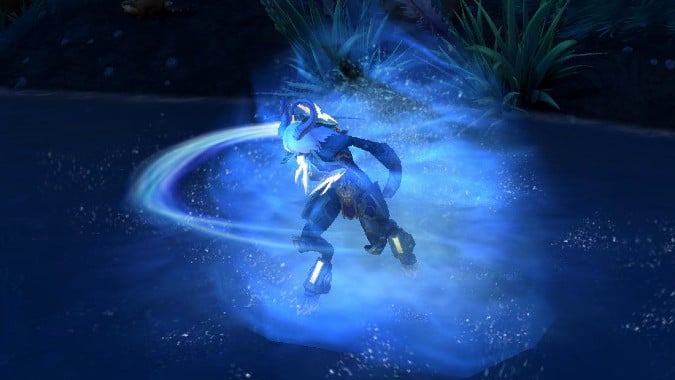 When it comes to effects, this is the more interesting rune of the bunch. Since it feeds on ghoul attacks, this one is definitely tailored towards the spec with the permanent ghoul — Unholy, of course.

Rune of Hysteria — Affixes your rune weapon with a rune that increases maximum Runic Power by 20 and your attacks have a chance to increase Runic Power generation by 20% for 8 sec.

This is a possible option for Runic Power-based builds, which usually means Frost. More on that below.

Rune of Sanguination — Affixes your rune weapon with a rune that causes your Death Strike deals increased damage based on the target’s missing health. When you fall below 35% health, you heal for 48% of your maximum health over 8 sec.

A second tanking option for Blood, it looks like. It could be the case that you’ll choose whether you want more passive survivability, with the current Stonekin Gargoyle, or more self-healing — as well as the ability to play with an execute option — with the new Sanguination.

Rune of Spellwarding — Affixes your rune weapon with a rune that deflects 3% of all spell damage and has chance to create a shield that absorbs magic damage equal to 10% of your maximum health. When an enemy damages the shield, their cast speed is reduced by 10% for 6 sec.

This seems like the obvious PVP option. And it fits perfectly with the “anti-caster” niche that DKs have always enjoyed in that aspect of the game.

Rune of Unending Thirst — Affixes your rune weapon with a rune that grants 10% Haste and movement speed and heals you for 5% of your maximum health when you kill an enemy that yields experience or honor. Additionally, increases your movement speed while dead by 10%.

It seems extremely likely that this will become the best rune for leveling. Movement speed and healing after killing are two benefits that are always in high demand for levelers everywhere. The only way I can see this rune not becoming the default leveling option is if the DPS increase from other runes surpasses these benefits. 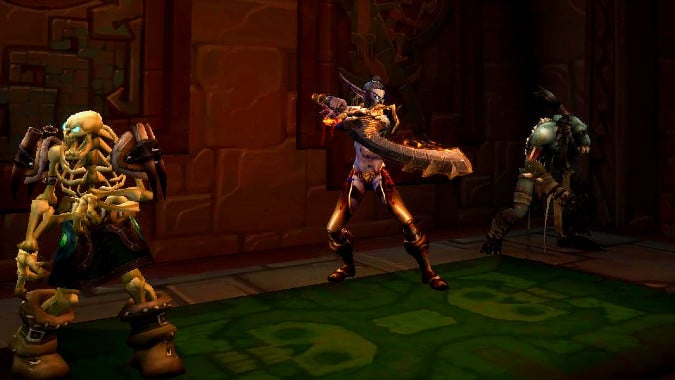 How will new runes shake up gameplay?

Will Rune of Apocalypse become the default option for Unholy DKs? Seems like whichever rune sims better for your character — whether it’s Apocalypse or the current Fallen Crusader — will be the correct pick, and there won’t be much of a choice. Hopefully that won’t be the case, because there is definitely potential for choice (such as one rune being favored on single target situations, and the other for AOE, as an example).

On a first look, it seems like Rune of Hysteria will either overtake one of the current two runes that the spec uses (Razorice / Fallen Crusader) or be ignored, depending on your gear / talents. However, the Frost situation is a tad more complicated than the Unholy one, for a few reasons: Frost DKs are getting the ability to wield two-handed weapons again, and Frost has always enjoyed a multitude of possible builds. The builds based around Breath of Sindragosa value Runic Power differently from the ones that aren’t, and it will certainly be interesting to keep an eye on developments for Frost runes.

When it comes to DPS, the correct answer for the question of “which rune should I pick?” is usually “the one that yields the highest numbers, silly!” But tanking is a different game. As mentioned above, it looks like the new Rune of Sanguination values self-healing, and a more active style of gameplay (turning Death Strike into an execute-like ability) over the flat defensive increases from Fallen Crusader. It certainly seems like there will be room for both runes to be valuable — tuning allowing — and Blood players will actually have an interesting choice to make.

Do we need more runes?

But since Blizzard has “opened the floodgates,” the inevitable question on a lot of people’s minds will be: do we need more? Should they add even more runes than these eight?

In my opinion, they should only do that if the new runes give us actual choices, instead of simple math questions that can be answered by simulations. The Blood runes seem to be going in the right direction. For Frost and Unholy, I’m not entirely sure at the moment, even though the new effects certainly sound cool. Time — and alpha testing — will tell!