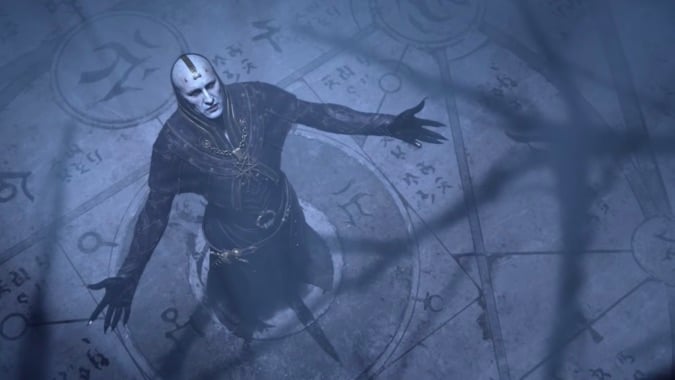 We don’t know for certain yet, but I cannot seem to make myself imagine a Diablo 4 without Necromancers, especially since I’m fairly convinced that Rathma — aka Linarian, the son of Lilith and Inarius, the guy who essentially created the idea of Necromancy in the Diablo universe — seems to be the weird guy in the cinematic who summons Lilith back to Sanctuary. If we’re going to have Lilith play such a central role we’re very likely to meet Rathma, and if we’re going to see Rathma it’s hard to imagine we won’t see Necromancers.

But what role will they play? Will they actually be playable, or will they be a sect we have to deal with — or perhaps even oppose, if Rathma is really the one bringing Lilith back? Or will we be playing as a Necromancer at war with their own order, the Priests of Rathma? Let’s consider some possibilities. 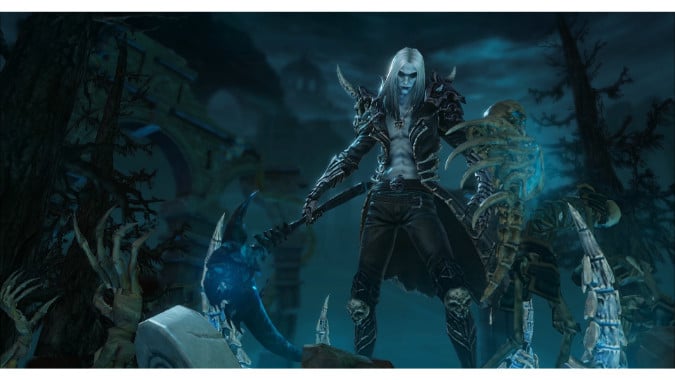 If we get playable Necromancers

We know that Diablo 4 starts in Scosglen, the home of the Druids. Necromancers aren’t particularly limited to a specific region, so it’s certainly possible that they could be in that area, especially if there’s some hint of Lilith’s return or other reason for them to respond. Since we don’t know the story of Diablo 4 yet, we can only go with what we do know, that we’ll see Lilith for sure and Rathma as a likely possibility will be featured in it. If Rathma comes back, he might well recruit the Priests of Rathma as part of his plan to return Lilith. That could mean either a playable Necromancer would be on the outs with his order, or that the Necromancers as a whole no longer exist — there are those that serve Rathma, and then a few holdouts seeking balance over the will of any specific figure.

Another possibility is that Rathma returns and doesn’t recruit the Priests of Rathma, leaving the entire order of Necromancers with some questions they’d want answered as to what he’s doing and if it serves the balance or not. If that is Rathma seen summoning Lilith, it doesn’t feel like a great move considering how determined she was to use Nephalem (and by extension Humans) as an army to win the Eternal Conflict once and for all. With no sign of the Angels this time around, the idea of an army of Nephalem under Lilith’s control might strike the Priests of Rathma as something bad for that whole balance thing, and they might well step in to stop their erstwhile namesake. 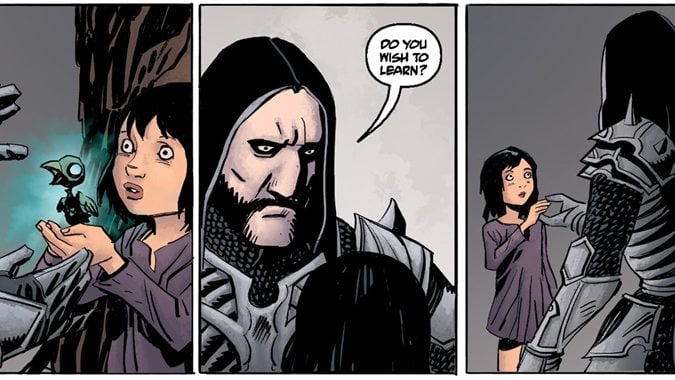 Necromancers as the Enemy

But assume that Rathma does recruit the Necromancers — convinces them all that his plan is the right way to maintain the balance, gets an army of corpse exploding minions. We could well still see Necromancers all over the game even if we don’t end up with them as a playable option. Certain lore figures like Xul might show up, or perhaps even the playable Nephalem Necro from Diablo 3. That doesn’t mean we’ll get to play as them, but they might exist, in much the same way that the original playable characters from Diablo showed up in Diablo 2 as threats to stop.

Even if they’re not directly involved, the Necromancers might well view the players as a destabilizing force — I mean, so far the protagonists of every Diablo game to date have done very little to leave the world in a more balanced state than they found it. Sure, they’ve fought armies of demons, but at the end everything is still a giant mess. It’s possible the Necromancers have their own ideas about how to save the world — and they’re willing to do it over our corpses if necessary.

What about Trag’Oul and its role in balance?

When talking about Necromancers and Rathma and balance, we have to talk about Trag’Oul, the ancient Dragon of Balance who helped to establish the Necromancers by mentoring both Rathma and Mendeln after him. Rathma just means student, and it reflects that Rathma studied at Trag’Oul’s scales and learned all he knew of the balance from the ancient, eternal dragon — The One Who Is Forever, according to the translation of Trag’Oul’s name.

So what if Rathma, if he is the one who freed Lilith, did so at Trag’Oul’s behest? What if this is the will of the balance? Would the Necromancers fight to ensure that it happened, or dare to oppose Trag’Oul’s will? We know so very little about Trag’Oul and what it wants, what it would do to maintain the balance and keep Sanctuary safe from Angels and Demons alike? Would it bring Lilith back if that was the only way it saw to do so? Return Lilith to a position of power for some reason we can’t grasp?

The Priests of Rathma were created by Uldyssian ul-Diomed’s brother Mendeln. who was brought to Trag’Oul by Rathma. It was Mendeln who made Necromancers, not Rathma. Rathma was involved, and his wisdom sought, but he was viewed by the priests as a near divine figure, and often portrayed by them as a Dragon himself, much like Trag’Oul was. Could the Dragon of Balance be seeking to place the two figures that balanced Sanctuary when the Worldstone existed back in power again? Perhaps Inarius, too, will return, or perhaps Rathma will take his place and balance out his mother. And perhaps the Priests of Rathma — the Necromancers — will have some role in all of this.

I’m looking forward to finding out.