Both Diablo 2 and Diablo 3 had some form of follower characters in the gameplay. Some players prefer the Diablo 2 system of mercenaries, while others liked the three-follower system of Diablo 3. The latter system featured followers who provided quests and were fully voiced characters but were not as generally powerful or important to actually succeeding in the game as the mercenaries were. While we haven’t heard much from the development team on Diablo 4 about whether or not the game will have such a system — the game’s focus is on a more open-world, multiplayer experience — it’s worth considering what could be preserved from those systems and make an appearance in Diablo 4.

First, let’s consider that both systems had flaws. Diablo 2 made the mercenary practically imperative for soloing, to the point where they were often necessary for certain classes to overcome specific damage resistances or even immunities that rendered certain builds less than capable. Indeed, some players even see this as a positive, stating that the amount of player control over the mercenary is far greater than the limited control over the followers, with a few items of gear and a few talent selections being the only means to control what the follower adds to your playthough and the follower simply not having much of an impact on the experience as a whole. While it’s fair to say that followers are far and away more interactive than mercenaries were — listening to the Enchantress talk about Kormac with my Barbarian is hilarious — it’s also fair to state that I never needed a follower to do well in the game, and I often end up with them dead unless I have an item equipped that keeps them from actually dying. Once you start pushing higher levels of Torment, the follower feels utterly superfluous.

So if we’re going to have a follower system in Diablo 4, how should it work?

Keeping the best bits of each game

It’s reasonable to say there should be more variety in followers. Diablo 3 only had three, while D2 had four, with rogues, town guards, Iron Wolf sorcerers, and Barbarians. If Diablo 4 is going to bring such a system into the game, it should consider having followers for every single class that’s playable as a bare minimum, rather than having the followers be members of groups that end up feeling like weaker versions of playable classes.

Similarly, making it so we can completely outfit our followers with a full suite of gear would go a long way toward making them feel more robust — expanding on the way mercenaries were equipped in Diablo 2 would help them feel less fragile, and giving them more options for customization in general would be a good way to make them feel less like fodder you’re carrying around to get killed and buy you a few seconds. If you’re playing a ranged caster and you’re using a follower as a tank, it needs to tank for you — it not only needs to keep mobs off of you, but it can’t die every few seconds. That defeats the purpose of having them with you in the first place. If the follower isn’t capable of doing the job, why bother with it in the first place?

Still, while Diablo 3 followers might lack some of the flexibility and punch of their mercenary ancestors, they were miles ahead in terms of personality and character. Each of the followers had a story, one you could interact with as you played alongside them and which ended up taking you to some interesting locales in the Reaper of Souls expansion. I primarily used Kormac or Eirena the most, but I did make sure to keep Lydon equipped, and I did his story quest as well. Their conversations had options that opened up as you played the game, and in general they were likable in their own ways and made the game feel more immediate. I’d definitely like to see Diablo 4 use the follower system again to give the game more depth and more story, since usually the player can’t exactly inhabit the blank slate of their own character. 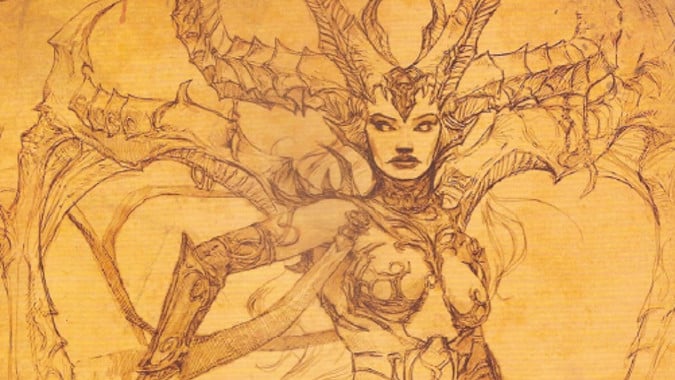 Don’t be constrained by the past

One thing both Diablo 2 and Diablo 3 did with followers was that they limited these characters — you could only have one mercenary in Diablo 2 and one follower in Diablo 3. Since Diablo 4 is going more open world, I hope it takes advantage of what games like Divinity: Original Sin 2 and Dragon Age Inquisition did with their NPC party members. I’d like to see them not only fleshed out a great deal but also for the game to allow us to use a whole party of them. There’s no reason Diablo 4 should limit followers the way its predecessors have when it’s deviating from the mold so profoundly already — open-world gameplay is often accentuated by having NPCs with real depth and complexity in your group to reward you for playing with different combinations.

Diablo 3 took a few steps in this direction by having each follower talk about the others while in your presence and talk to each other when back in camp. But I definitely think the new game would benefit by taking it further — games like Mass Effect and Pillars of Eternity have done great things with fully fleshed-out, voiced NPCs in the party with the player. It’s one way that the Baldur’s Gate series differed from Diablo, and it’s probably a good time for the Action RPG side of the divide to snag some of that sweet group interaction action.

In general, I think Diablo 4 should definitely not only have followers, but go further with them than the franchise ever has before. It’s time to get serious with the whole concept of a part of adventurers. Heck, we could even have romances! Doomed romances, of course — because it’s Diablo and everything ends in flames and screaming skulls — but that could be kind of awesome. Imagine how mad you’d be at the hosts of Hell if they killed that follower you’ve been romancing all game.