Your Covenant Sanctum in Shadowlands will let you customize your zone, run missions, host parties, and even farm souls 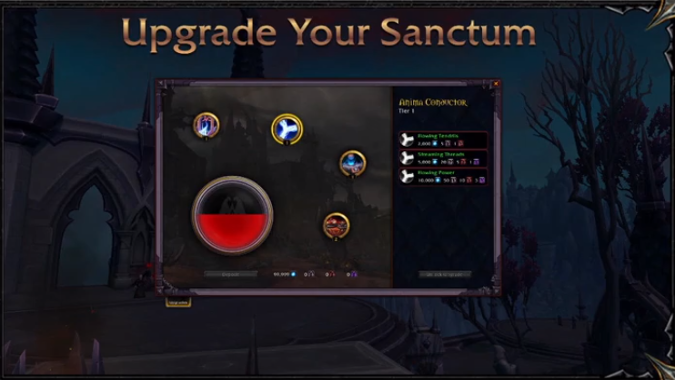 The Shadowlands beta is starting next week, and it will give us our first look at the complete Covenant system, including the new Sanctums feature. Each faction has a Sanctum — similar to our Warlords Garrisons or Legion Class Halls — that you’ll upgrade as you progress through the game. Ion Hazzikostas described it as “a base of operations” for your Covenant, and you’ll be spending a lot of time there.

But Sanctums are more than a place to set your hearthstone and click on missions: they their own unique gameplay features that should make playing each Covenant feel different. Each Sanctum also has a feature that’s unique to the faction in question:

You can watch Ion describe these various systems on World of Warcraft’s YouTube channel, and you’ll get a chance to go hand’s on with them next week.