Phase 5 of WoW Classic‘s content cycle is live, and the biggest item is the event to open the Gates of Ahn’Qiraj, which kicks off at raid reset tomorrow. One could look at the process involved in opening the gates as the culmination of pre-expansion World of Warcraft‘s quest design: tons of travel, tons of grind, tons of elaborate teamwork orchestrated through the two tiers of raiding leading up to this, and an overwhelming push on the part of the dev team to engage the broader non-raiding community, making it a collective effort of a server’s entire population on both factions.

So let’s take a look at what exactly the original Gates of Ahn’Qiraj event meant for vanilla WoW, and what the upcoming AQ40 opening will likely mean for WoW Classic.

The original AQ40 event was a giant lagfest

While this was wildly ambitious, it didn’t quite work out as intended when all of the grinding and raiding and tension-building over the course of several weeks culminated in the actual opening of the Gates. Because it was a server-wide event involving both factions, it meant gathering the whole server’s population on Kalimdor (and especially max-level players) in Silithus. Again, the whole server’s population, concentrated on one continent, with no phasing or sharding or load balancing of any of the technologies developed since, meant that it was Lag City.

Everything that could go wrong did. Server crashes followed by long log-in queues, coupled with wildly buggy behavior from boats and graveyard spawns, all during an event with exclusive rewards that would expire within hours. If you’re wondering why Wrath of the Lich King and other subsequent expansions did their best to divide the starting areas between the two factions, the lessons of both the Gates event (and Burning Crusade’s Hellfire Peninsula, natch) are likely the major reasons why.

Regardless, the end result was someone banged the gong and got a sweet, highly exclusive mount and title; two new raids (one a 20-player outdoor experience that took all the lessons of Zul’Gurub and applied them anew, and the other a deep 40-player dungeon crawl through a nightmarish hive of Old God goodness) were both there for the taking; and countless players, regardless of the technical difficulties, got to say “I was there when the gates were opened.” It was a memorable event for a plethora of reasons, but at least a few of those reasons — i.e. the lag, the drama of who got the drops for assembling the Scepter, the sheer volume of raid drops needed — are likely why we haven’t seen anything similar in WoW since.

What will happen when AQ40 releases in WoW Classic?

While it’ll be difficult to tell before we see it happen, there’s a solid chance that the stability issues that plagued the original opening events won’t happen this time around. But aside from that, the competition between guilds, raid teams, and individuals to complete the quest chain before the gates open is likely to be intense.

The epic quest chain to reassemble the Scepter of the Shifting Sands starts with What Tomorrow Brings, which subsequently asks someone to collect the head of Broodlord Lashlayer in Blackwing Lair. The player who loots the head (and yeah, he only has one), goes on to grind out Brood of Nozdormu rep in the many Silithid hives. Since players start in the deep red reputation levels with the Brood, this takes a lot of time.

Hitting Neutral with the Brood unlocks the remaining max-level components of the chain: 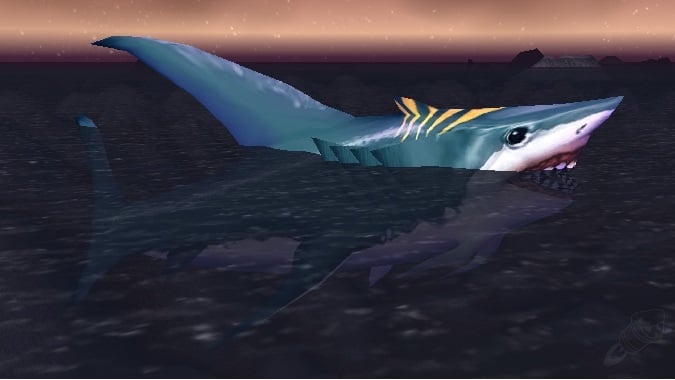 Suffice it to say that between the sheer logistics and difficulty of 40-player raiding, the attunements required for even entering those raids, and the fact that only ONE copy of these quest items was available in most cases, it was a hot competition to be the person who had the group and infrastructure to pull this process off. And that was happening alongside the War Effort, which was completely external to the raiding scene.

What you’ll need to craft to help unlock AQ40

The content available to players who weren’t raid-capable was the Ahn’Qiraj War Effort, which centered on players contributing vast amounts of crafted items from across the entire leveling curve (Copper Bars, Purple Lotus, or Runecloth Bandages for example) as part of a competition between the Horde and the Alliance. The rewards from this were level-appropriate chests containing gear (for helping you level up or to provide gold), stat buff scrolls, and/or commendations you could turn in to rep up with the core Alliance/Horde racial factions. Aside from the vendor discount, there wasn’t really any value in getting that reputation up — but filling bars is fun!

After the War Effort’s goals are complete, and after someone has assembled the Scepter, the final phase is ready to begin: Once the Scarab Gong in front of Ahn’Qiraj is rung, a ten hour-long “war” begins as Qiraji super-bosses and tons of corresponding trash mobs stream out of the gates to face off against players in Silithus and across Kalimdor. Every player who successfully assembled the Scepter of the Shifting Sands on the server only has this window to ring the gong themselves (which does NOT restart the war) in order to attain the Scarab Lord title and gain their Black Qiraji War Tank mount. Any player who rings it afterwards gets nothing but the satisfaction of completing the chain (and, years later, an achievement with a distinct title).

With the end of the ten-hour war, AQ20 and AQ40 both become accessible, and the race for World First C’thun, one of the legendarily hardest encounters in classic WoW, begins.

So when is AQ40 releasing in WoW Classic?

At the moment, it’s hard to say quite when we can expect Phase 5 to begin. Zul’Gurub has already been cleared at its hardest difficulty setting, and was always intended as a sideshow instead of a new tier of raiding. In truth, AQ20 and AQ40 aren’t actually Tier 3 either — that status goes to Naxxramas, coming in Phase 6. And there’s also the impact of Blizzard’s work-from-home orders in the time of the COVID-19 pandemic and how that shifts the timetable. With all of that said, May is certainly a possibility, so if you’re interested in stocking up on the key materials needed (for either the War Effort or parts of the raid chain), now’s a good time to start.