Which of WoW’s new character customization options are you most looking forward to? 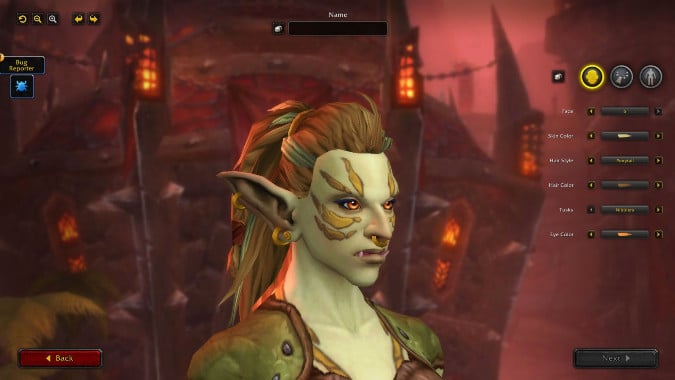 Let’s speak frankly for a second: We all love to play Barbie with our World of Warcraft characters. Transmogrification is a huge success, and players spend a lot of time with it — but even beyond simply deciding what our characters will wear, we go through a lot of effort picking out the perfect hairstyle, the perfect piercings, the perfect tattoos. And in that department, the upcoming Shadowlands expansion — now closer than ever — promises to cater to our most secret fashionista desires.

Tons of new character customizations are being added — especially for the older races, which had been feeling left out since all those shiny and new Allied Races entered the game. Some of those features are, frankly, a long time coming — such as the ability to pick your eye color separately from other facial features (like in nearly every other MMO out there). For some races, like goblins, you can now pick your ears, eye color, nose, chin, and your general facial appearance independently of one another — which greatly increases the number of available combinations. Other quality-of-life improvements like that include the ability to fully customize the Human form of your Worgen character.

For other races, the new options add a whole new universe of previously impossible choices: Humans and Blood Elves have gained several different skin tone options, and new hairstyles that fit into far more diverse appearances. Void Elves can now choose to have their regular skin, untouched by the Void, turning them into what are essentially High Elves. And races like Tauren, Orc, and Night Elf are getting so many new options — war paints! Tattoos! Vines or flowers in the hair! MADNESS! — that they are almost like brand-new races being introduced to the game. Almost.

So, have you downloaded the PTR, or are you in the beta? Or did you play around with third-party customization tools? Regardless of having hands-on experience or not: Which of the new character customization options are you most looking forward to? Can’t wait to revitalize your Troll, or to finally be able to play as a Dwarf from the Wildhammer clan? Does your Worgen get fully-white fur now? Are you planning on taking advantage of the brand-new bald and blind styles that nearly every race is getting? Or are you not all that interested in this new customization extravaganza?