Tricks for using prepared modules in your Dungeons and Dragons campaign 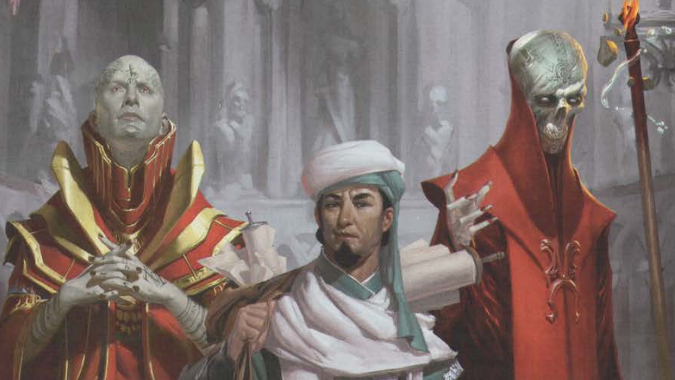 You’ve been DMing for a while now, let’s suppose. Like most DM’s, you want to provide a fun adventure for your group, and like most DM’s, you have a life and obligations — you have to pay your bills, interact with your life — you’re not made of time here. So like most of us, you’re going to use a module written by someone else from time to time. Pretty much every single RPG company, from titans like Paizo and Wizards of the Coast to the independents putting stuff out on DriveThruRPG are putting out adventures, and the history of the hobby is enmeshed with modules like In Search of the Unknown — pre-written adventure modules for DMs to drop into their campaigns for their groups to explore. A lot of the early history of the hobby is groups talking about how their group approached the Temple of Elemental Evil.

One of the biggest mistakes a lot of us make when starting out running games for people — including myself at the time — is the idea that you have to do everything yourself. That you’re somehow a lesser DM if you don’t write every encounter, craft every single moment your players experience in the game. The fact is, it doesn’t matter as much that you be a blazing tower of creativity and originality as much as it matters if your players have a fun game experience. This isn’t to say you shouldn’t try and be creative, just that you aren’t failing in that effort if you use a written adventure.

But there are still some tricks I’ve learned over the years to make these adventures fit into my campaigns. The fact remains, using The Keep on the Borderlands in your campaign straight out of the module leaves you open. Your players may well have read the same modules you have, and if you do nothing to join your pre-written adventures to your other adventures, and nothing to put your own spin on them, you leave seams that can damage the experience for everyone.

So what do you do? How do you plane down the seams where someone else’s ideas mesh with yours?

Learn the story before you try and tell it

For starters, never ever try and run a module without reading it first, preferably several times. This may sound like simple common sense, and it is, but that doesn’t mean you won’t be short on time and decide to try and run an adventure at the last minute, thinking you’ll be fine. And you may in fact pull it off, but that doesn’t make it a great idea — it just means you’re talented enough or lucky enough to sneak it by. One of my favorite old modules is White Plume Mountain, and I’ve run it several times now. The first time I ran it, I didn’t read it. I got away with it, but the whole freaking time I kept having to mask my sudden surprise at some of the module’s utter berserk weirdness and complete lack of narrative, elements that later writers and DMs would comment upon for years to come.

Often when you’re running a module, you’ll come upon boxed text. This is literally text in a module that is presented in a box, often giving you what the players would first observe upon arriving in an area. Now, even the people who design modules would tell you that this boxed text is there for you to make use of — it’s there for you to get a sense of the scene you’re trying to set for your players. But an easy error that a lot of us make (and again, this includes me — I made this mistake a lot when I started out) is to sit there and just read that boxed text to our players. There are several problems with doing that. The first is that not many DMs can sound natural while reading a long passage of text — it sounds exactly like what it is, namely, you reading to them. Doing that damages the sense that you’re in the moment experiencing a place and turns it into a documentary or travelogue which is not something you want.

Second, in presenting a scene to your players, you want to avoid anything that makes them feel like they aren’t part of it. If players know you’re reading to them, they’re not going to interrupt you with questions, try and take actions, or otherwise interact with the area. You want them doing those things. You want your players asking you if they can do something, thinking about the place like their characters are actually there exploring it. And to be fair to the writers of these modules, they know this. Going back to The Keep on the Borderlands, a module that came out in 1979, it flat out tells you hey, some DMs read these things to their players but it’s often better to paraphrase and break it up when you present it. Boxed text exists to give you, the DM, a sense of what the players might experience. It’s not literally set dressing. 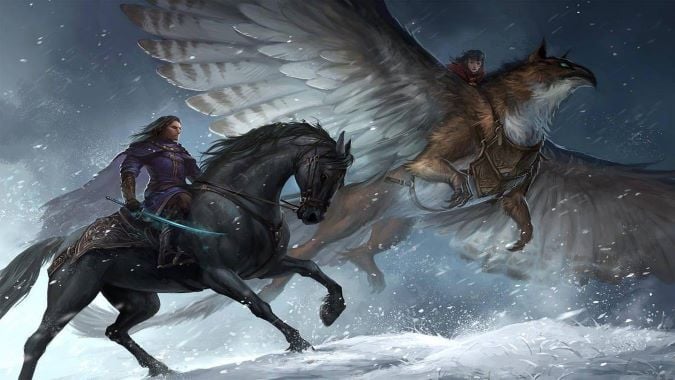 So we have the idea of making sure you’re conversant with the material you’re going to present, which is good both from the sense of making sure you can run it competently and because then, if the module contains an element of story that might not work well with your group you’ll know up front. We also have the idea of taking the material in the module and reworking it to suit your group in terms of not just reading boxed text to the group, but rather reading it several times for yourself and then using it to guide your own presentation. The third idea is related to both of these ideas, and it’s simply that you should make sure to make changes to the material to help it meld seamlessly with your own campaign and your players.

What do I mean by this? Well, lots of different things. Sometimes adventures were written a long time ago (like The Keep on the Borderlands, which is 42 years old as of this writing) and it might just feel strange and out of date if presented as written. While the basic ideas of the module are good, you should do some work to make sure those good ideas come through to your group of modern players. But also, a module might be good but have some elements that would be difficult for your group to digest — for example, the classic Slavelords series is all about opposing a group of slavers, and at one point, the players are captured, stripped of their equipment, and placed in cells. Players hate that kind of thing, and you may decide Okay, if I do this, my group is going to spend a lot of time being mad that I railroaded them into being helpless so you decide to skip over that part.

These are decisions you’ve made because you know your group, you know what their likely response is to a specific element of the older material.

Know your audience and change the adventure to suit them

Also, you may discover on your reading of a module that you just plain don’t think it works for your group at all, but you can snag a few encounters for use. There’s absolutely nothing wrong with this. Adapting pre-written adventures to your group can often be exactly this piecemeal. I’ve taken encounters, specific rooms of dungeons, even specific NPCs out of modules that I didn’t feel were going to mesh with what I was already doing.

Also, it makes it less likely for players who’ve read the same modules you have from guessing what you’re doing. I once ran The Sunless Citadel for a 5e group, entirely because there’s a 5e adaptation of it already out so I didn’t have to adapt it myself. But I made sure to change the ending, because I knew that one of the players had run the module for his own group and was making metagaming decisions — essentially, doing things in the game based on his knowledge of the module rather than what his character would know — and I’m not above letting my players do that for a while, get comfortable, and then drop the boom on them when they get to the end of the adventure and suddenly it’s absolutely not the same and their decisions bite them in the butt.

When you’re going to present pre-written adventures, you should always be using them to serve your campaign, whatever it is. Are you in the middle of a long, years long epic story set in a campaign world of your own invention? Did you literally just start this game and it’s set in the Forgotten Realms because who has the time to come up with a whole bunch of new gods and cities? Making changes to fit the adventure into what you need from it isn’t just smart, it’s a fun way to learn and grow as a DM.

Hopefully this can help you figure out exactly how much you should do to make these adventures your group’s adventures. That’s the thing to always remember — these are stories you and your players are telling. They’re yours as much as they are everyone else’s.