How many raids should Shadowlands have? 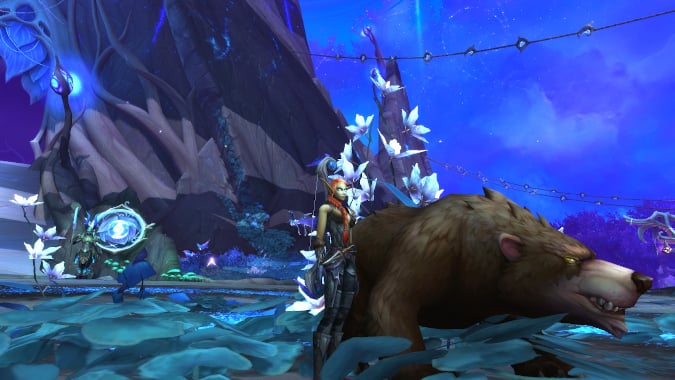 Right now, we’re in the thick of the hunt for World First in Castle Nathria — by the time you read this, we may even have a winner. Castle Nathria is currently the only Shadowlands raid, and we don’t know where we’ll be raiding next, or how many raids the expansion will have — we don’t even know if patch 9.1 will have multiple raids within a single tier or not, or if we’ll be waiting until 9.1.5 or 9.2 for the next raid. And this has me wondering how closely Shadowlands will resemble Battle for Azeroth or Legion or any of its predecessors when it comes to raids.

Warlords of Draenor, for example, front loaded itself with Highmaul and Blackrock Foundry before waiting for Hellfire Citadel, while Legion has multiple raids in its first tier — Emerald Nightmare, Trial of Valor, and Nighthold — and then followed that up with Tomb of Sargeras and Antorus in its following tiers for a total of five raids over the course of the expansion.

Battle for Azeroth had Uldir in its first tier, Battle for Dazar’alor and Crucible of Storms in its second, Eternal Palace in its third, and Ny’alotha for its final tier — but again five raids across the entire expansion. That at least makes me think it’s plausible that we’ll get four more raids in Shadowlands, with one being akin to Trial of Valor or Crucible of Storms, a “mini-raid” with one or two bosses. This could be how it works. But it doesn’t have to be — we could have more or less raids, or they could be in fewer or more tiers.

So what do you, the readers at home, think? How many raids does Blizzard have planned this time around? Where are they going to be? What are we going to be raiding? I’m deeply curious what you guys think we’re going to see — I personally think a Thros raid is almost guaranteed and I wouldn’t be surprised by a Maldraxxus raid on Kel’Thuzad in a mini-raid format. But what else? Will we hit the Maw before the end of the expansion? Will the Jailer be this expansion’s Azshara, revealing an even more dire threat behind him? What kind of raids will we get, how many, and how fast?

Blizzard Watch is made possible by people like you.
Please consider supporting our Patreon!
Filed Under: Castle Nathria, Raid, Raiding, Shadowlands
Advertisement