What “Happily Ever After” would you love to see in Shadowlands? 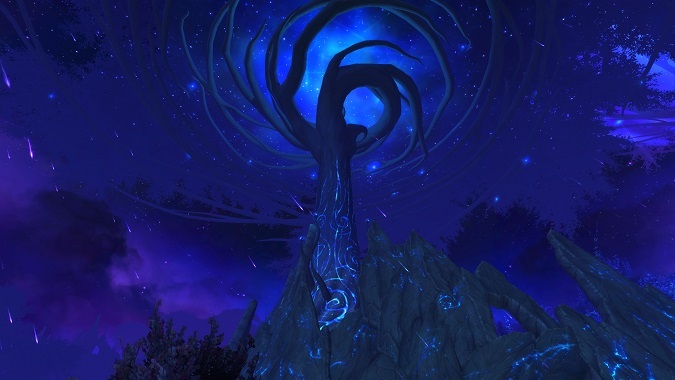 It’s cheesy, but I love fairy tales. I especially love alternate fairy tales, the retellings that modern authors pen of the classics we all enjoyed growing up. I’m listening to one (in audiobook form) as I write this. But not everything (or everyone) has a happily ever after, which is especially true of our best known in the Warcraft universe. Illidan is maintaining an eternal vigil watching Sargeras. Varian Wrynn died at the hands of the Burning Legion. Kael’thas Sunstrider is currently in the grips of the Venthyr doing his best imitation of a prideful battery. Of course, this gets me wondering about what’s coming in Shadowlands.

I know it just got started, so it’s a little crazy to be thinking about the end already. But Blizzard does “story investment” really well, and I’m sure you’re shocked to know I have questions. Everyone focuses on the Arbiter and the Jailer (rightfully so), but I want to know about the smaller stories — stories like the Covenants.

There’s just one problem. The characters we’re becoming invested in are in their Afterlife. They have had their Happily Ever After, moved on from it, and been given their eternal reward by the Arbiter, so whether they are a prominent Covenant figure (like Draka) or a minor Covenant figure (like Sika), their paths are predominately set. In their chosen role (or the role chosen for them), they will serve their Covenants through perpetuity. As the heroes, our purpose is to fix the machine of Death (by restoring The Arbiter?), but after that, the Shadowlands will return to whatever eternal normal we leave for them. And truthfully, I don’t quite know yet how that makes me feel.

However, we’re also becoming more invested in other stories that can have a tangible end. Baine, Thrall, and Jaina have seen Hell without death, in the form of the Maw. They’ve been marked, scarred in the soul, and maybe forever changed. And I’m not even touching on Tyrande, Anduin, and Sylvanas — clearly, the story team has more planned for them.

Realistically, we all have so many questions and two major patches to answer them. So, I turn to you and ask — what happy or not so happy ending are you waiting for in Shadowlands?

Blizzard Watch is made possible by people like you.
Please consider supporting our Patreon!
Filed Under: Shadowlands, Story, Storylines, WoW Storytelling
Advertisement