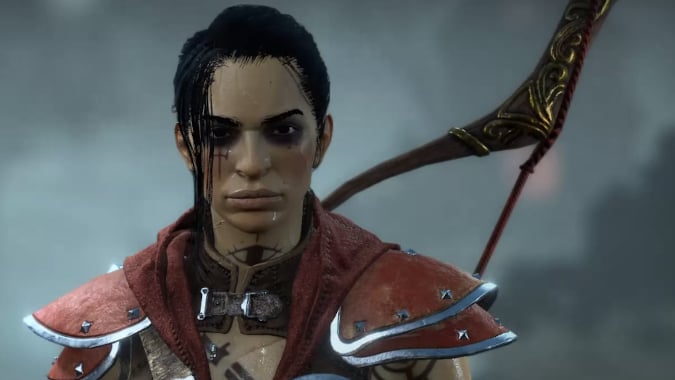 In the Diablo 4 December 2020 quarterly developer blog, Luis Barraga promised us a new version of the BlizzCon 2019 campfire scene, referencing the class selection window that presented us with the title’s first three classes — the Sorceress, Druid, and Barbarian. That new version came out on the first day of BlizzConline with the Rogue’s introduction to Diablo 4.

Blizzard Watch got to sit down (virtually) with Diablo 4’s Lead Animator Careena Kingdom and Lead Systems Designer Joe Piepiora. When asked about the niche the Rogue will fill, Piepiora described the class as “all poise, precision, and just raw speed.” And honestly, when rewatching the announcement trailer (you did re-watch it, right?), that’s definitely the impression. Features such as the Rogue’s unique spinning movement in the footage from BlizzConline are deliberate artistic and animation decisions. These visuals tie into core game functionality like Diablo 4‘s Evade mechanic, but specific to the class, to display the Rogue’s aforementioned speed and economy of movement.

As a class, the Rogue will serve as a template for many Agility archetypes and combines facets of the original Rogue from Diablo 1, the Assassin and Amazon from Diablo 2, and Diablo 3’s Demon Hunter. The character is rapidly in and out of combat, shooting, darting forward with a double slash from daggers or swords, then rolling out of range. This highlights the Rogue’s hybrid class nature, seamlessly transitioning from those jumps into melee and back out into ranged. The visual styling is similar to how we see the Barbarian’s seamless weapons switches in their Arsenal system or the Druid flowing from casting to a shape-shifted melee attack. Still, the fluidity is all unique to the Rogue. 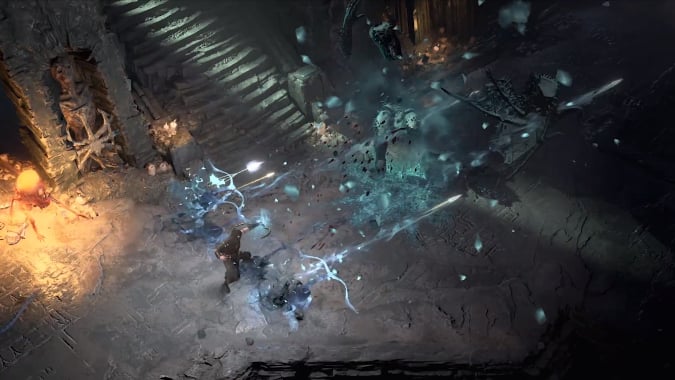 Poise and grace and poison in your face

Also unique to the Rogue (so far) is the elemental imbue system. Think poisons for World of Warcraft Assassination Rogues, but more flexible in what the weapon imbuements will do. Of course, there is a toxin imbue option for your classic poison to apply damage-over-time to your target. A cold imbue will (unsurprisingly) chill an enemy to slow them down, but in a fantastic style of party synergy can both empower and be empowered by the Sorceress’s frost spells. And there’s the shadow imbue to curse enemies and, in the words of Piepiora, “if you destroy them, they will explode merrily and deal lots of damage to nearby targets.”

D4‘s Rogue is designed to be true to that agility archetype. They’re meant to strategically dash in, use the tricks of their thieves’ trade to get through the problem, and get the heck out of dodge before their enemy can touch them. Three of the specializations highlighted during BlizzConline — Combo Points, Exploit Weakness, and Shadow Realm — showcase the Rogue’s goal to be “faster and smarter than the opposition” instead of smashing through it like the Barbarian, and everything we’ve seen so far supports this design. This class is a fantastic addition to the campfire and creatively fills a damage-dealing gap.

While we may get a bit more out of the Diablo Q&A on day 2 of BlizzConline, odds are we won’t see more in the way of substantial details until the next developer blog. That’s fine by me — keep the news coming Blizzard, I’m ready for this game.

Blizzard Watch is made possible by people like you.
Please consider supporting our Patreon!
Filed Under: Blizzconline, Diablo 4, Diablo 4 Classes, Diablo 4 Rogue
Advertisement