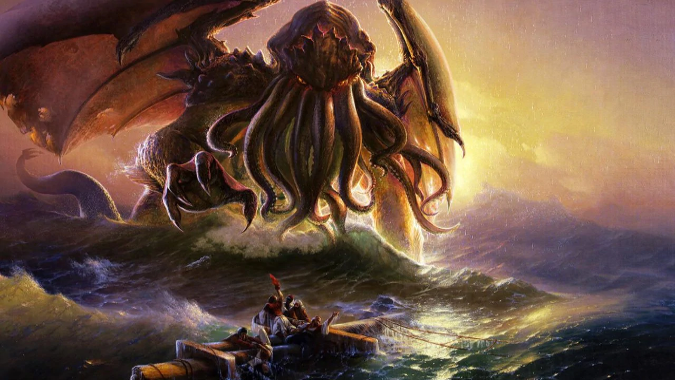 I’ve been playing and Game Mastering various tabletop RPGs for a long time — from old school Dungeons and Dragons and Pathfinder, to Wraith the Oblivion, Exalted, and Talislanta. I’ve run GURPS, Champions, Silver Age Sentinels, Unknown Armies, Conspiracy X, Call of Cthulhu, Earthdawn, Heavy Gear… it’s a lot of games. There is no way I can memorize and retain the rules to all those systems. And yet, I have played them, I have run them, and generally I’m told I’m good at both. So how do I do this if I don’t memorize the rules?

I look them up.

It’s the reason these games come in rule books. If you’ve been playing a single game long enough, you’ll remember things offhand, of course, and that’s cool. But you don’t have to remember that much to play the game, and it’s that idea that some players have that they have to be walking encyclopedias of the rules of any RPG they’re playing that keeps players from trying out new games. I have lost count of the times I’ve heard someone say I’d love to try X game, but my group doesn’t know that system so we just stick with D&D.

Now, I have absolutely no problem with people playing D&D and only that, if the game does all they want it to do and they’re happy playing it. But let’s say you’re curious about Night’s Black Agents, or Blades in the Dark, or even one of the games we’ve mentioned before. Not only can trying a different RPG help you play the ones you were already playing, it’s just fun to try a new game from time to time, and honestly, you really don’t need to know all the rules.

Yes, you don’t need to know the rules even if you’re running the game. Yes, even Dungeons and Dragons itself. In fact, my sheer level of experience at playing the various versions of D&D means that I often have no idea what the rules even are anymore, because I remember so many different versions of the game that in the heat of the moment I often have to look up what the current rules are. There have been at least five editions of that game. Of course I’ll have trouble remembering the minutiae from time to time.

So please, if you’ve ever felt like you wanted to try a new game, but you’ve been afraid you won’t know enough, remember enough? Don’t let that stop you. You can play without absolutely knowing everything. Please give it a shot.