How to collect every Night Fae Soulshape in Shadowlands, including new ones added in 9.1 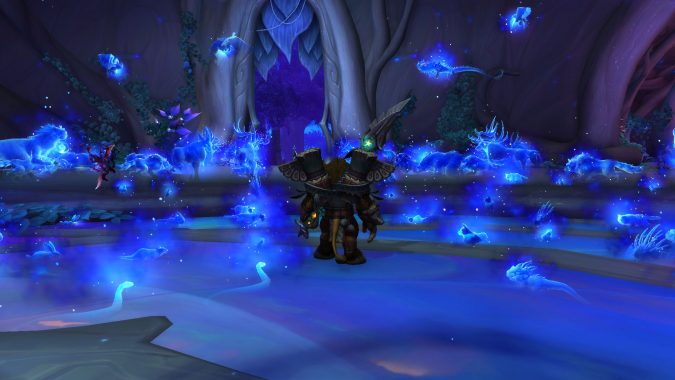 When you choose a Covenant in Shadowlands, you are given extra abilities to use — one class-based that typically increases throughput, and one universal ability that tends to be more about utility. For the Night Fae, that ability is Soulshape, a hybrid Blink-Dash-Ghost Wolf ability that gives you some additional mobility, lasting for 16 seconds out in the world and indefinitely while in a rested area, i.e. you can hang out in Soulshape in a city all day long.  The speed boost is secondary for most people, though, as one of the features of Soulshape is the ability to change your appearance.

There are currently 26 different Soulshapes available to players: the default Vulpin shape and 28 others acquired in various ways. The additional appearances are all unlocked via a quest object that you bring to Lady Muunn in your Covenant, which is convenient as she is also the NPC that lets you choose your Soulshape appearance. It’s swappable at any time (there is no cooldown), although unlocking Soulshapes isn’t accountwide so you’ll need to do a planning to make sure your Night Fae toons are targeting their own desired Soulshape.

Here’s how you pick up every Soulshape in the game as of patch 9.1. 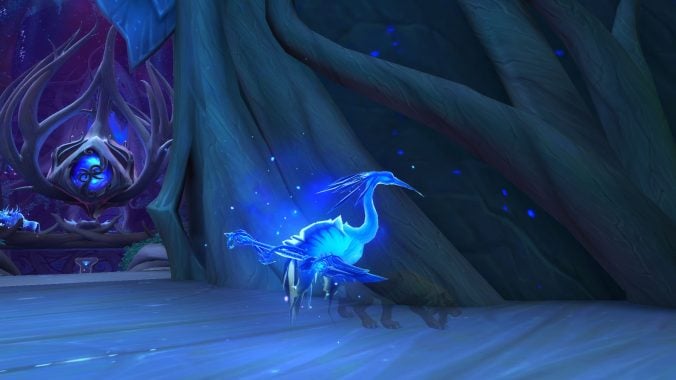 A healthy number of the Soulshapes that you can obtain come through the various activities associated with the Night Fae. These are nice because they come about organically as you play through the Covenant Campaign and use your Sanctum Upgrades. If there’s a specific Soulshape that comes from a Sanctum Upgrade, you may wish to focus on that one first to accelerate the acquisition.

Another Soulshape, the Crane Soul, can be purchased once you’re Honored with the Wild Hunt faction for 1500 Anima.

Two other Soulshapes are available via the Anima Conductor’s reputation faction, the Court of Night. Once you’re Friendly with them, you can purchase them from the faction vendor Spindlenose for 1500 Anima and 5 Grateful Offerings each:

The Night Fae transportation network Sanctum Upgrade opens up a reputation as well, with Marasmius. Once you’re Friendly with the faction, you’ll be able to purchase two Soulshapes from the quartermaster Cortinarius for 1500 Anima apiece:

If you desire these Soulshapes you may need to deal with RNG — it’s currently unknown whether or not these are guaranteed drops when using a specific combination of materials. 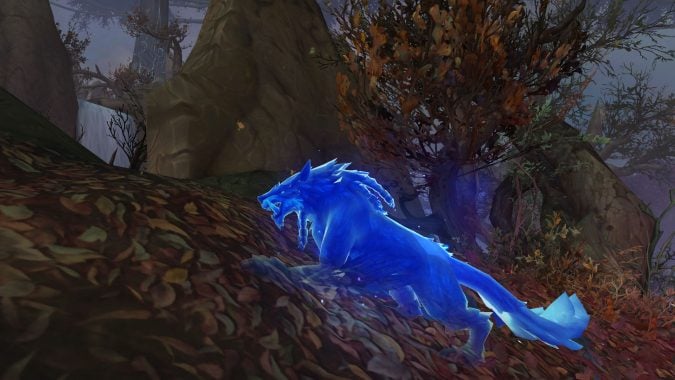 Soulshapes that drop from bad guys

Other Soulshapes are found “in the wild,” dropping from specific bosses or activities. In some cases there is some confusion as to whether or not a drop is guaranteed, so if you’re in pursuit of one or more these Soulshapes it may require multiple attempts.

Besides Valfir the Unrelenting, two other rares found in Ardenweald can drop Soulshapes, and both drops appear to be guaranteed:

Despite their faction-based appearances, there are no faction restrictions for the Gryphon and Wyvern soul, and all three can drop when completing PVP events. Most acquisition reports indicate that they were from rated Arena runs, but they do appear to drop from random BGs so Rated PVP may not be required to obtain.

Dungeons are also the source of quite a few Soulshapes, including three Soulshapes added in patch 9.1:

There’s a couple Soulshapes from raiding: 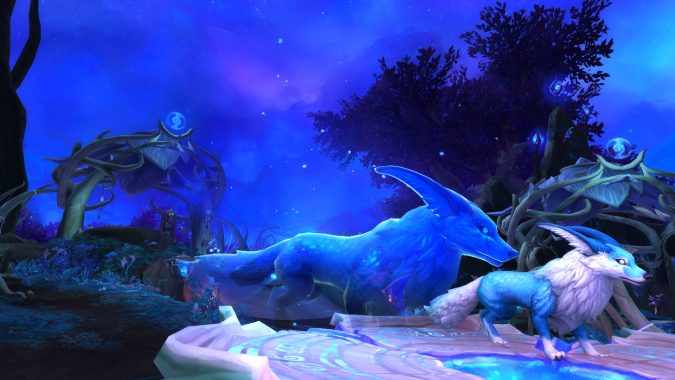 We don’t know whether Blizzard intends to make more Soulshapes available in the future. Datamining has revealed that there are three additional Soulshapes with quests in the game — Shoveltusk Soul, Kodo Soul, and Mammoth Soul  — but no indication whether they are implemented. There are many NPCs using Soulshapes unavailable to players, and while I don’t expect to see mice or celestial dragons as player options, there’s a large range between those two extremes.

Hopefully Blizzard will continue to add Soulshapes to the game throughout Shadowlands’ patches as they’re a fun addition to the game. And while I don’t expect them to be widely available in the next expansion, hopefully they won’t be abandoned entirely and find another way into the game.

Blizzard Watch is made possible by people like you.
Please consider supporting our Patreon!
Filed Under: Ardenweald, It’s So Fluffy, Night Fae, Soulshapes, Vulpin
Advertisement