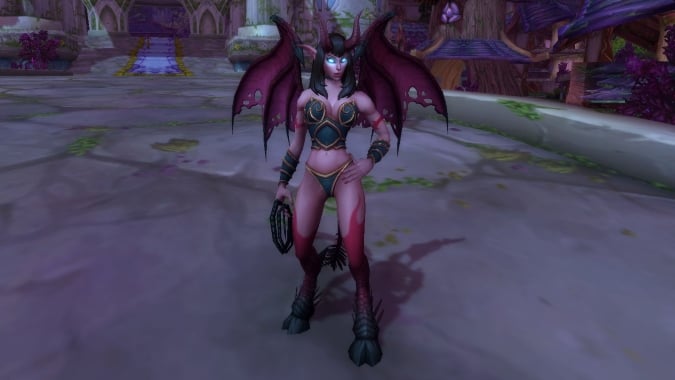 Over the past few weeks, World of Warcraft has been scrutinized due to a series of small changes that have been datamined and reported to the community, with the focus of removing or changing references to real people who are no longer with Blizzard, but also of seemingly toning down certain instances of content that could be deemed suggestive or immature.

As is wont to happen with these types of changes, community opinions ranged from total support to massive outrage. And, perhaps, in order to cull undeserved abuse and toxic discourse, Blizzard has released a statement where they talk about their reasoning for these changes — while also making it clear that they’re just a small part of development. They’re not meant to solve all the issues that currently plague the company, but rather, as a way to adjust what is — frankly — a very old game to be more in tune with modern perceptions and sensibilities, from developers and the community in general.

One of these changes is the addition of an Incubus model — a male version of the popular Succubus. This model will be used alongside the Succubus, in places where the latter is currently present by itself. And it will also become available as an option to Warlocks through a Glyph, replacing the Succubus should they desire to do so.

“In short, we want our jokes to be inclusive and not punch down.”

This is, in my opinion, the most important sentence of the entire statement. It clearly demonstrates that these changes are not coming from a place that rejects any mature joke or reference to sexuality; but rather, that the developers simply no longer want to give room to jokes where we laugh at the expense of someone who is perceived to be “below” us. Which is a very worthwhile goal.

World of Warcraft is a game enjoyed by a very wide gamut of players; many of whom are very different from you or me. It’s easy to forget that, and to neglect that what may seem like a harmless joke to someone will often have a history of suffering attached to it from the perception of someone else.

Originally Posted by Blizzard Entertainment (Official Post)
We also want players to be able to express themselves through their characters, so we don’t intend to change existing player looks or cosmetics. Instead, we want to ensure that we’re offering a wide range of options for players to represent themselves.

This is a very important piece of communication that addresses concerns that have been cropping up around the community ever since these small changes began to be datamined. Several players have expressed their concerns that any reference to mature content or sexuality in general could be a potential target for erasure. Players were concerned about their more revealing pieces of transmog gear — or features such as the Night Elf female dance — potentially being changed, if not outright removed.

Hopefully this statement alleviates those concerns. Personally, I am a proponent that the best way to address those older pieces of transmog gear that have completely different versions when used by male or female characters is that they should be duplicated: make two versions of each piece; one that shows skin for both genders, and one that covers skin for both genders as well. This is the type of compromise that seems to be the most well-received by the community, while at the same time ensuring that, moving forward, instances of potential sexism and unfair treatment based on gender are no longer the norm.

Blizzard Watch is made possible by people like you.
Please consider supporting our Patreon!
Filed Under: Incubus, Succubus, Warlock
Advertisement