What else should be account wide in World of Warcraft? 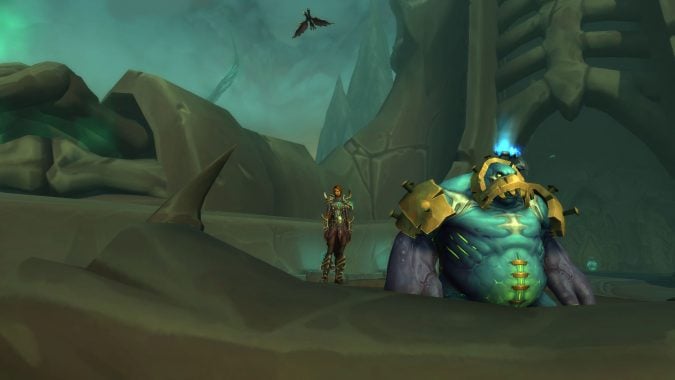 For those of us who believe transmog is the true endgame of World of Warcraft — and pretty much every other game — the account-wide Covenant armor appearance option is huge, given the concern that you’d need to redo the Covenant campaign (or purchase/acquire the 3 other color tints for each type of armor) on every character that wanted to use it. That said, there were still 64 distinct sets of armor added in patch 9.0, and some of them are not easy to get. For example, two of the Kyrian Covenant recolors are locked behind the Path of Ascension — a chore to acquire on one character, but since each armor type has their own recolors it would need to be done on four different characters to unlock all the appearances.

The other factions have similar activities with arduous requirements to completion; the acquisition of the Unity set for Maldraxxus armor is so labor-intensive an entire Discord community sprung up to alert others when a World Quest rewarded a piece, and there were literal weeks when not a single new armor appearance became available. I made the effort for the mail set, but the thought of doing it 3 more times is exhausting.

In other words, it would be great if the development team had a way of making the activity-based armor appearances unlock for all four types once completed for one. While the Ember Court is fun, I’m not sure it’s “do it four times” fun.

Besides these armor sets, I’d also like to see Soulshapes and Crittershapes become account wide. What about you? What else do you think the dev team should work on making account wide for us?

Blizzard Watch is made possible by people like you.
Please consider supporting our Patreon!
Filed Under: Alts, Anniversary Transmog, Patch 9.1.5, Transmog
Advertisement