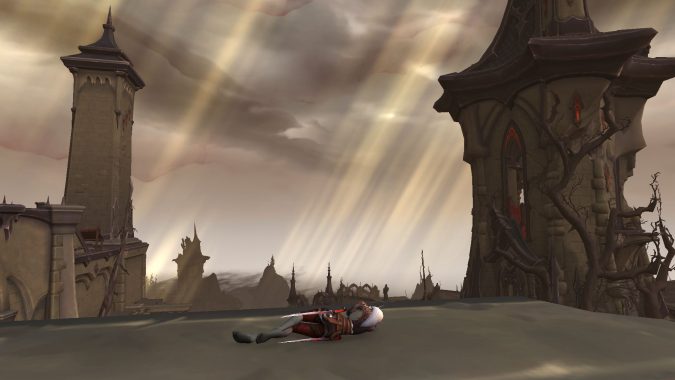 With the release of Endwalker last month I’ve been playing a lot of Final Fantasy XIV, and one of the activities I’ve devoted more time to is group content — not only the FFXIV version of World of Warcraft dungeons called “duties,” but also the raid equivalents that are available in 8-player or 24-player varieties. Because I play FFXIV as a single player experience, I’m not a member of a “Free Company” — essentially a guild — nor do I have a list of friends to join in a run. As a result, I use the Duty Finder, which functions very similarly to the Group Finder in WoW — including the fact that tanks and healers are always in short supply.

Group content in FFXIV is challenging, possibly even more so than WoW — at least at the “normal” level. While attacks are projected, there are frequently sequential attacks that turn most fights into a version of Heigan’s Safety Dance. Although not every attack will one-shot you, taking avoidable damage usually gives you a stacking debuff that increases your damage taken for one minute, so getting caught too many times will result in death. If you are resurrected during the battle, you get a 25% stat penalty for 100 seconds, which can increase to 50% if you die and are rezzed again before it expires.

What’s interesting is that despite all the complexity and penalties built into the system, wipes are pretty rare. When they do happen it’s typically to an unfamiliar mechanic, so an explanation from someone familiar with it and another attempt will usually result in success. “Pugging” in FFXIV feels less perilous than, say, LFR in WoW and that seems almost contradictory — how does a system that has more penalties for failure end up with more successes? The answer was staring me dead in the face. 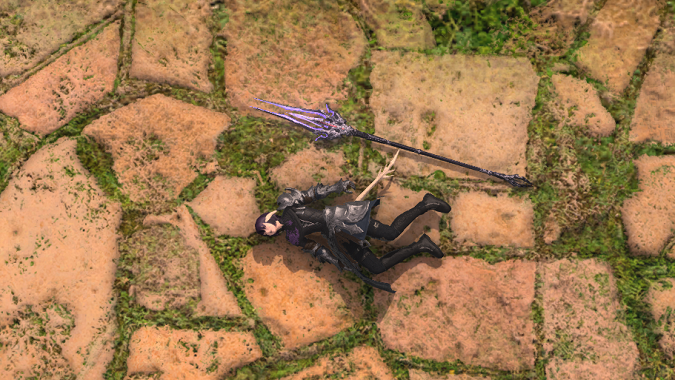 To the well-organized game, death is but the next great adventure

Or perhaps I should say, staring me not dead in the face — the answer is FFXIV’s battle resurrection system. In WoW, dying in combat is much more impactful to your group’s success than in FFXIV. In WoW, battle rezzes are limited and on long cooldowns — they’re a strategic resource that group leaders need to be concerned about conserving, which means very few players get a second chance if they die. In FFXIV, though, all healers and even a couple dps classes have access to resurrection spells, and there is no cooldown, just a cast time. Getting a battle rez isn’t a case of if, but a case of when.

That’s not to say that it trivializes the encounter — as noted already, you receive a debuff when rezzed that hurts your damage or healing throughput. In addition, it complicates the healers’ job when they need to find an opportune time to rez you instead of healing others. As you would expect, the fight goes a lot smoother when everyone stays alive, but I’ve been in raids where half the players were dead midway through and yet all were able to be brought back to end the fight.

Removing restrictions on battle rezzes in WoW would necessitate the addition of a stacking debuff — while I don’t think they should adopt the failed mechanic debuff, a stacking 25% stat penalty upon resurrection would still encourage players to avoid harmful mechanics as much as they can. It could be limited to LFR or dungeon difficulties below Mythic, but as the higher difficulties almost always have a berserk mechanic to deal with, it could be appropriate for those difficulties as well, as the reduction in damage would make it harder to beat the timer.

Whether it’s a feature of just LFR or it’s extended across all difficulties, I feel that adopting the FFXIV battle rez system in WoW would be a quality of life improvement for PUGs. It shouldn’t replace the Determination system (FFXIV does have a similar system) and wouldn’t guarantee success, but giving characters more overall uptime during the fight will increase the odds and also be less frustrating for players. Hopefully the development team will consider it for the next expansion.