Why do you think Blizzard hasn’t gotten back into the TTRPG space? 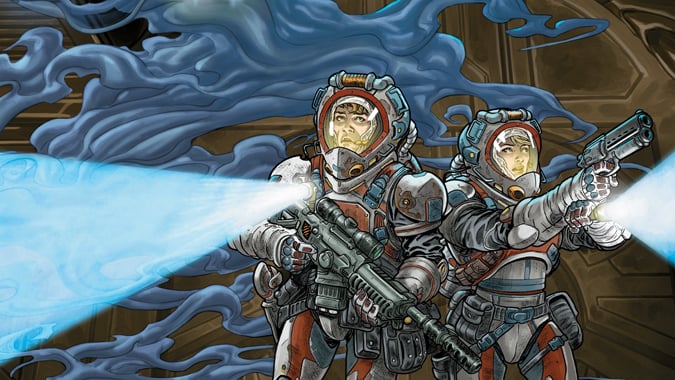 Back in the late 1990s/early 2000s, Blizzard had several TTRPG products out — from licensed Diablo properties from Wizards of the Coast themselves to the Warcraft/ World of Warcraft Roleplaying Game. And they were good, too! I still have a copy of the World of Warcraft RPG because it’s got some fun ideas in there, and I’ve wondered why Blizzard seemed to turn away from such in the years since. Especially with TTRPGs getting bigger and bigger and livestream plays such a dominant thing, it feels like a better idea to, say, get an actual group of people playing Diablo going than to make choppers or what have you.

I mean, nerds like Blizzard games, nerds like D&D and other TTRPGs — why isn’t there an official Overwatch RPG? Sure, there’s no StarCraft currently in the works, but there’s a Witcher TTRPG, there’s a Dragon Age TTRPG, and there sure could be a StarCraft TTRPG. And who knows, maybe it would get folks talking about the franchise again (which it could certainly use).

I mean, sure, with Activision Blizzard in the process of being bought by Microsoft, they may not be able or interested in engaging in any new deals with any companies. And while I personally think there are certainly ways they could keep it in house — they have a publishing arm, after all — I can understand wanting to stick to their wheelhouse and keep focusing on the games they already make. You know, the video games. The ones they would be making TTRPGs adapting anyway.

But still, I feel like there’s a big market for tabletop games featuring the worlds Blizzard has created over the years and I really don’t understand why it’s been so long since we’ve seen or heard of anything. Why do you think Blizzard has retreated from tabletop gaming?

Blizzard Watch is made possible by people like you.
Please consider supporting our Patreon!
Filed Under: RPG Licenses
Advertisement